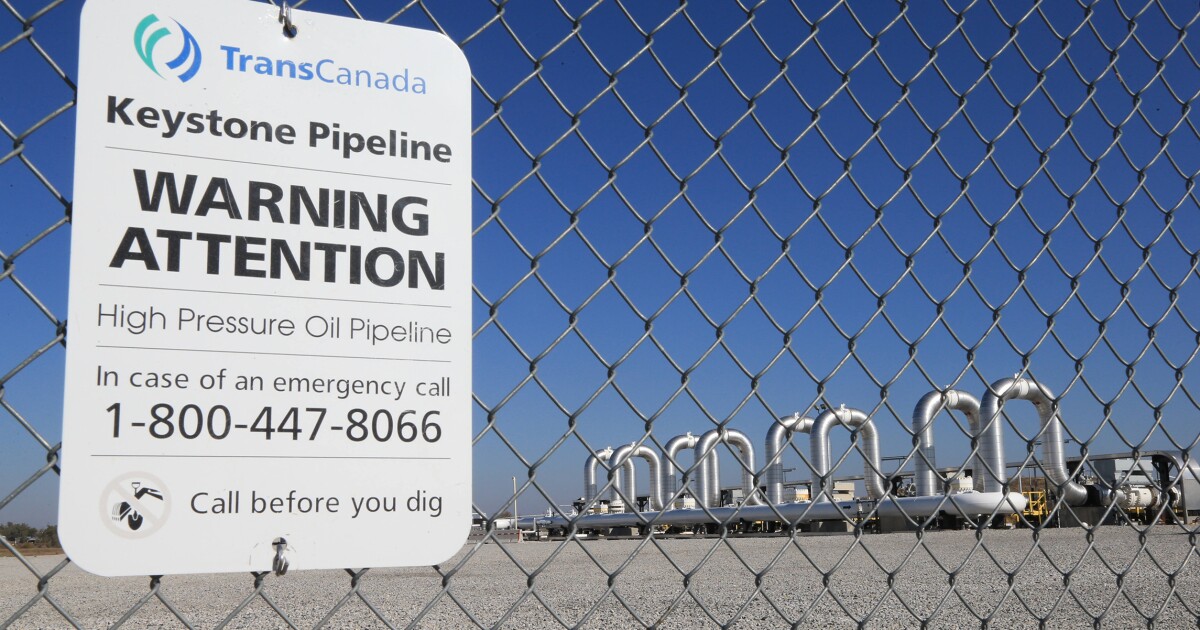 Operators of the Keystone oil pipeline linking the United States to Canada issued an emergency shutdown of the line on Thursday after it began leaking crude oil into a creek in Kansas.

Oil prices climbed on news of the leak, with futures for U.S.-based West Texas Intermediate climbing as high as $75.44 per barrel before settling slightly lower.

Regulators say they have isolated the incident, which occurred some 20 miles south of Steele City, Nebraska, and that an investigation is “ongoing.”

The Pipeline and Hazardous Materials Safety Administration said it was sending personnel to the leak site.

“The line has been removed from service and remains shut down. PHMSA’s investigation of the cause of the leak is ongoing,” it said.

It has not given any timeline or estimate as to when operations could restart, though some expect it will take at least a few days since the leak had reached a waterway.

The pipeline is different from the canceled Keystone XL pipeline that was the subject of bitter debate for years.