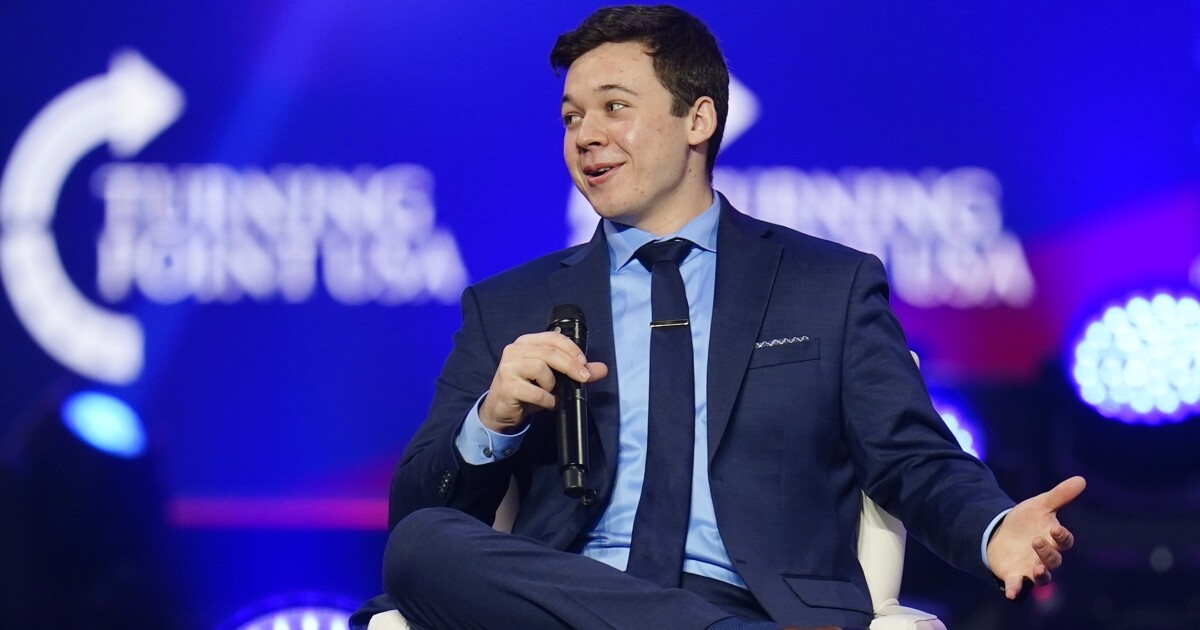 The Conservative Partnership Institute hosted the caucus event, which reportedly featured a question-and-answer session with Rittenhouse. CPI’s office is known to host a variety of events and meetings on behalf of the Republican Party due to its close proximity to the Capitol building.

Rittenhouse stopped outside the Capitol to take a photo for his social media, which he captioned: “T-minus 5 years until I call this place my office?” The 19-year-old was referring to the age limit for representatives, which is 25.

Co-chairpersons to the caucus Reps. Lauren Boebert (R-CO) and Thomas Massie (R-KY) posed for a photo with Rittenhouse, along with Rep. Marjorie Taylor Greene (R-GA), which she went on to post on Twitter to go viral.

“Great to see Kyle Rittenhouse tonight. A true advocate for the Second Amendment,” Greene captioned the photo. “Our great 2A literally saved his life, and I will always defend our right to keep and bear arms.”

Great to see Kyle Rittenhouse tonight. A true advocate for the Second Amendment.

Our great 2A literally saved his life, and I will always defend our right to keep and bear arms.@ThisIsKyleR pic.twitter.com/rryN92grpV

“It was an honor to have Kyle join the Second Amendment Caucus,” Boebert told the Hill in a statement. “He is a powerful example of why we must never give an inch on our Second Amendment rights, and his perseverance and love for our country was an inspiration to the caucus.”

This meeting came nearly a year since Rittenhouse was acquitted of all charges related to his shooting of three people, two fatally, amid the 2020 riots in Kenosha, Wisconsin. The teenager commemorated the anniversary on Twitter a week after becoming verified on the platform. When the news of his attendance at the caucus broke, he responded by thanking the co-chairpersons for inviting him.

Rittenhouse announced plans to file suits against several media outlets he claimed defamed him since getting acquitted.