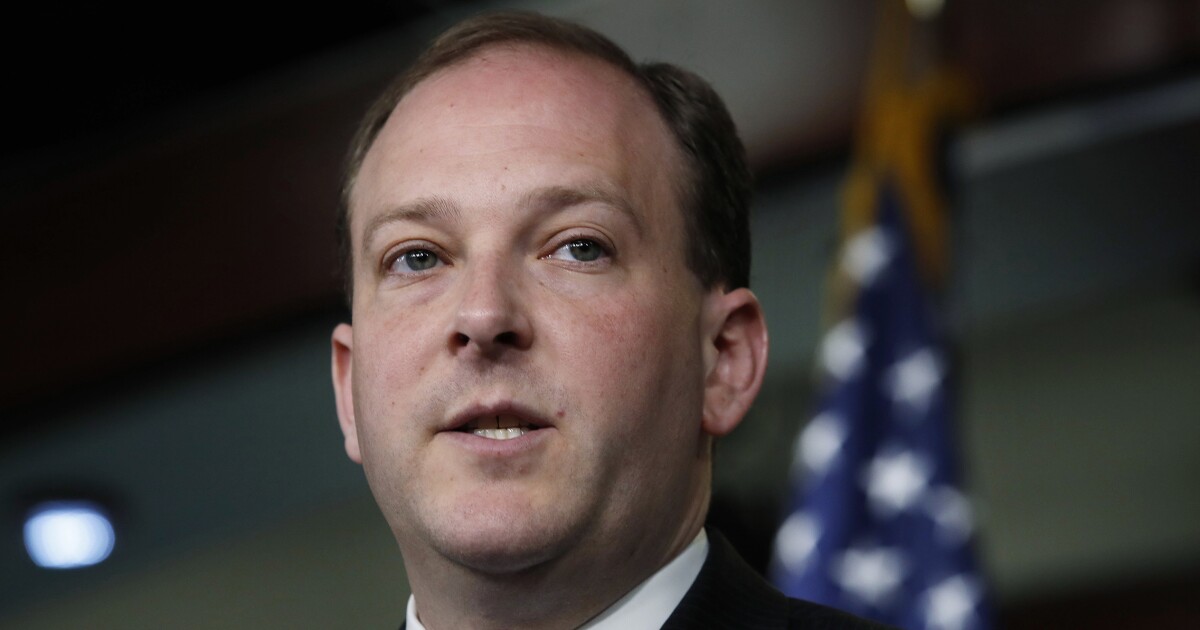 Rep. Lee Zeldin (R-NY) is accelerating his exploration of a bid to lead the Republican National Committee, assembling a team of advisers to help determine his viability versus incumbent RNC Chairwoman Ronna McDaniel.

Zeldin had loosely mulled running for RNC chairman since just after the midterm elections, when some Republicans impressed with his strong, albeit losing, campaign for New York governor began encouraging him to challenge McDaniel. This week, the congressman formalized his consideration process by tapping a coterie of eight GOP insiders to assist with whipping support among RNC voting members and ascertaining if there is a path to ousting the incumbent chairwoman.

“Congressman Zeldin is humbled by the outpouring of support he is receiving from conservative leaders across the country and is seriously considering a run for RNC chair,” Brian Morgenstern, a Zeldin adviser, told the Washington Examiner on Thursday.

“He continues to speak with members of the RNC regarding the best path forward to retool, transform, and reenergize the party to take back the White House and win control of both houses of congress in 2024,” Morgenstern added.

Zeldin’s RNC exploration advisory team has ties to former President Donald Trump, for years a fixture of New York politics and society before decamping to Florida after winning the White House in 2016. Morgenstern was both deputy press secretary and deputy communications director in the Trump White House. Also counseling the congressman in this effort are Republican operatives closely aligned with the former president’s eldest son, Donald Trump Jr.: Arthur Schwartz and Cliff Sims.

Zeldin waged a spirited challenge to unseat Gov. Kathy Hochul (D-NY) before falling 52.9% to 47.1%. But his robust performance in a deep blue state that last sent a Republican to the governor’s mansion two decades ago is credited with creating tailwinds that swept the GOP to a pickup of four House seats. Given the narrow margin of the GOP’s incoming House majority, there’s an argument it might not exist without Zeldin.

That accomplishment caught the eye of grassroots Republicans, conservative media personalities, and GOP insiders across the country disgruntled over the party’s underperformance in the midterm elections. Despite President Joe Biden’s low job approval ratings and issues such as skyrocketing inflation and rising crime, a red wave never materialized. Many are blaming McDaniel, saying fresh leadership at the RNC is essential to success in 2024.

McDaniel is going to be hard to beat.

Soon after announcing her bid for a fourth two-year term, the chairwoman issued a letter showing the support of 101 of the 168 voting RNC members, plenty more than the 85 she needs to win reelection when the committee convenes in mid to late January for leadership elections. McDaniel also has been endorsed by Reince Priebus, a former RNC chairman who served as Trump’s first White House chief of staff.

“With Ronna McDaniel at the helm, Republicans will be in the best position to keep the House, take back the Senate and elect the next president of the United States,” Priebus wrote in a previously publicized letter to RNC members.

Some Republicans familiar with the inner workings of the RNC suggest all of this is going to make McDaniel hard to beat — no matter who runs against her.

Indeed, a key aspect of Zeldin’s exploration process is figuring out how solid the support for McDaniel is among her 101 public backers. Republican operatives close to the outgoing congressman emphasize he is not interested in waging a futile campaign that divides the party for unproductive reasons. To that end, Zeldin and his team are reaching out to RNC members to assess their position and build a whip count.

Since the midterm elections, McDaniel has mostly focused on the Senate runoff campaign in Georgia, where Republican Herschel Walker is running to oust Sen. Raphael Warnock (D).

If the GOP can win that contest, it would finish 2022 still in the minority in the Senate but having not dropped below the 50 seats it currently holds. After the voting concludes in Georgia on Tuesday, McDaniel is expected to turn her attention more fully to her reelection bid and other matters pertaining to the 2024 election cycle. A spokesman for McDaniel handling her chairperson’s race declined to comment for this story.