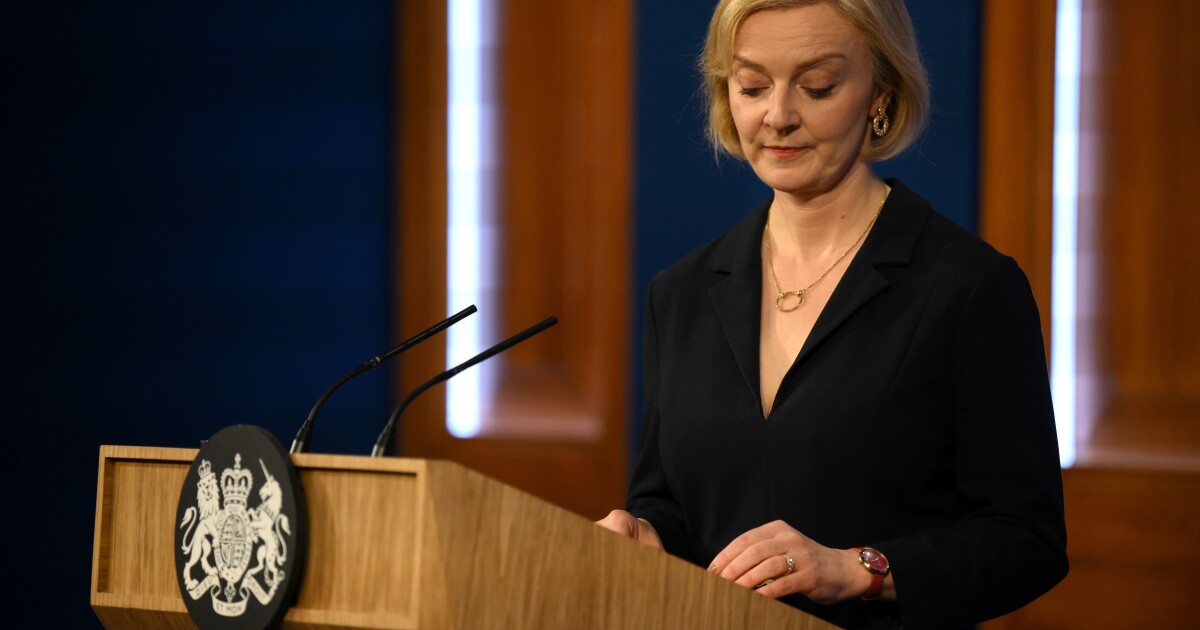 U.K. Prime Minister Liz Truss has announced she will resign from her position following weeks of turbulence inside her office, just over a month after being elected in September.

Truss was expected to face challenges when she took office to replace Boris Johnson, who resigned in July following a string of scandals. Upon being elected, Truss faced a slew of obstacles, including soaring inflation and an energy crisis triggered by Russia’s invasion of Ukraine.

Truss was chosen by the ruling Conservative Party, automatically winning the election that was determined by lawmakers inside the House of Commons rather than the country’s voters. Truss was unpopular among U.K. residents leading up to the election, with that sentiment only increasing after she announced plans to scrap an increase in the corporation tax.

Corporation tax in the United Kingdom was initially set to increase from 19% to 25% under Johnson before Truss scrapped the plan on Sept. 23. Truss later reversed course and decided to go forth with the original plan for the tax.

Truss is now as unpopular as former Prime Minister John Major was after Black Wednesday, when Britain crashed out of the European Exchange Rate Mechanism, according to polling expert Sir John Curtice. She is also now more unpopular than Johnson was when his “partygate” scandal was at its height in early January.