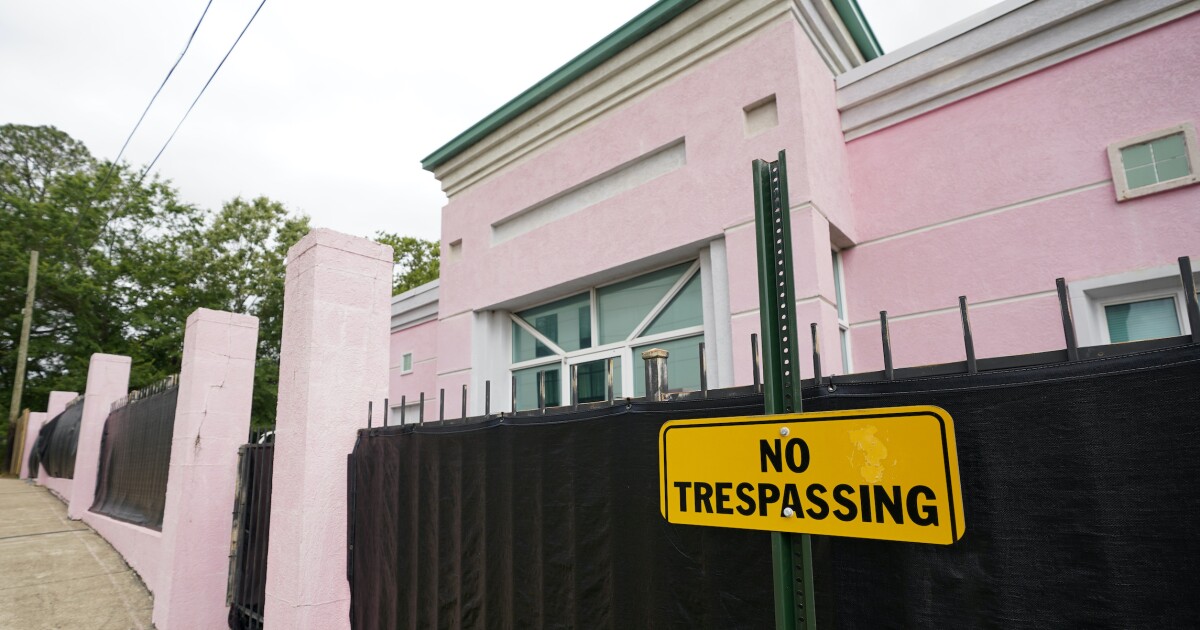 The Jackson Women’s Health Organization has dropped its lawsuit against Mississippi’s abortion ban on most of the procedures, according to a lawyer representing the state’s lone abortion clinic.

Rob McDuff, an attorney at the Mississippi Center for Justice, said in a statement Tuesday the lawsuit would be dropped because the clinic had been sold.

“Diane Derzis, the clinic’s owner, has now sold the clinic’s building in light of the dim prospects for a speedy and meaningful ruling that would allow the clinic to reopen,” McDuff said. “Accordingly, we have dismissed our case on the clinic’s behalf. If the clinic is not in a position to reopen in Mississippi, it no longer has a basis to pursue this case in the courts.”

The clinic, which was at the center of the Dobbs v. Jackson Women’s Health Organization case in which the Supreme Court ruled there was no constitutional right to abortion, was the last operating abortion clinic in Mississippi.

The Dobbs ruling upheld Mississippi’s 15-week abortion ban, but after the decision also overruled Roe v. Wade, the state’s “trigger law” banned nearly all abortions. The state law bans abortions with exceptions if the mother’s life is in danger or in instances of rape.

The Mississippi Center for Justice had challenged the trigger law on behalf of the clinic by asking for the law to be blocked, but a state court judge rejected the request, and the state Supreme Court declined to hear an emergency appeal.

McDuff also confirmed the clinic’s owner would be opening an abortion clinic in New Mexico, where the procedure is not as heavily restricted.

“Diane’s work is not done, and we applaud her commitment to continuing to ensure people can exercise their right to abortion. As she has stated, she is working to open a clinic in Las Cruces, New Mexico, where she can provide abortion care without fear of being put in prison for 10 years,” McDuff said.