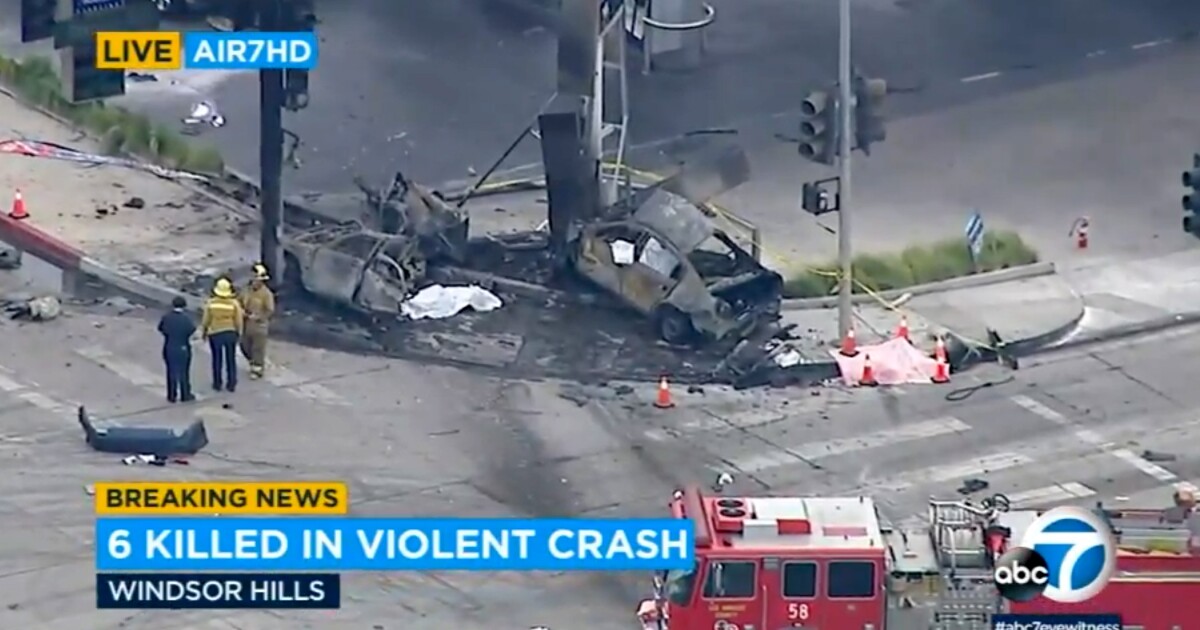 Linton, a nurse from Houston, was injured in the crash, which killed six people, including a pregnant woman and her 1-year-old child. Linton faces up to 90 years in prison if she is convicted of the charges.

“Today, we begin the process of holding accountable the person responsible for the deaths of six people, including a pregnant woman, and their families. This is a case that will always be remembered for the senseless loss of so many innocent lives as they simply went about their daily routines,” Gascon said.

The deadly crash occurred when a car ran a red light on La Brea Avenue and slammed into cars driving on Slauson Avenue on Thursday.

Bystanders described the horrifying aftermath, including a baby being ejected from one of the cars into a nearby gas station.

“While the wreckage of this fiery crash at this intersection was removed and traffic eventually resumed, there is catastrophic damage to the families and friends of those killed and injured. It is not only a tremendous loss to the families but our entire community who learned of this incredible tragedy or have watched the now-viral video of the collision,” Gascon said.

Gascon said the investigation by the California Highway Patrol is ongoing.