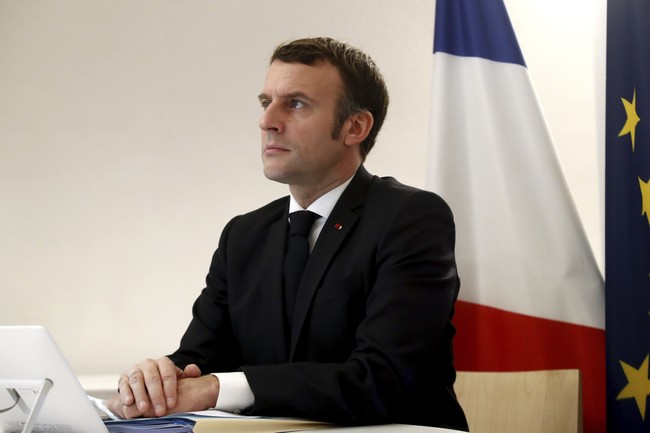 This week, French President Emmanuel Macron will travel to the U.S. for the first formal state visit by a foreign leader since President Biden took office. That’s a testament to the “deep and enduring relationship” between our countries, and underscores a remarkable turnaround in U.S.-France relations. This time last year, France had just recalled its Ambassador to the United States – the peak of a major diplomatic rift – over a dispute surrounding submarine purchases.

In managing that crisis, President Macron showed he is a flexible and pragmatic leader, willing to extend an olive branch to preserve and protect a longstanding partnership. At that time, I was also lucky enough to see his knack for smart risk taking up close, albeit on a small scale. In the midst of the diplomatic spat, I – an American – was set to receive the prestigious Legion of Honor award, France’s highest order of Merit. I suggested that we defer the ceremony, given the potential for blowback from the French public on the eve of an election. But President Macron insisted the event move forward. In presenting me with the award, he emphasized the power of technology to bring people together and make life better for people around the globe – a shared priority for our countries.

From an American perspective, President Macron offers a roadmap for leadership that our representatives in Washington would do well to follow. Since his entrance into French politics over a decade ago, he has been a breath of fresh air, willing to listen to new ideas and break with conventional thinking. One personal example: during a meeting in Las Vegas, I joined business executives speaking with Macron about how best to promote a culture of growth and innovation. That included recommendations from the business community to slash unnecessary rules and adopt policies that would promote competition, rather than protecting existing competitors. These ideas challenged the French government orthodoxy, but Macron understood that a true leader should be willing to challenge conventional wisdom – and not assume that politics as usual is the only way it can be done.

Americans want inspiring leaders who focus on the future, rather than looking backward. It’s no accident that in last month’s midterms, Americans voting in competitive elections opted for centrist candidates rather than their election-denying opponents. To be successful, elected officials must address top-of-mind issues for Americans, like rising prices for food and fuel. They’ll also need to take a page out of Macron’s book and embrace new approaches. As Minister of the Economy, Industry and Digital Affairs in former President Francois Hollande’s government, Macron twice led some of the first delegations of French startups and entrepreneurs to CES, my organization’s huge annual technology trade show in Las Vegas. That investment – alongside a host of innovation friendly policies – has given France a reputation for innovation, and spurred the growth of over 25 French ‘unicorn’ startups worth over $1 billion.

And perhaps there’s another lesson we can learn from President Macron: the power of new parties. In 2016, he founded En Marche!, or “forward!” This political movement opposed the gridlock of France’s political system. Enthusiasm for this approach to politics carried Macron to the Élysée Palace the next year, followed by a convincing victory for his party in the National Assembly.

With Americans deeply unenthusiastic about the prospect for a rematch between President Biden and former President Trump in 2024, never has there been a better time for centrist candidates who can build broad support across party lines and offer a more appealing option for voters. That’s why the No Labels plan to run a centrist bipartisan ticket may prove to be another French lesson paving the way for American success.

Gary Shapiro is president and CEO of the Consumer Technology Association (CTA)®, the U.S. trade association representing more than 1,500 consumer technology companies, and a New York Times bestselling author. He is the author of the book Ninja Future: Secrets to Success in the New World of Innovation. His views are his own.