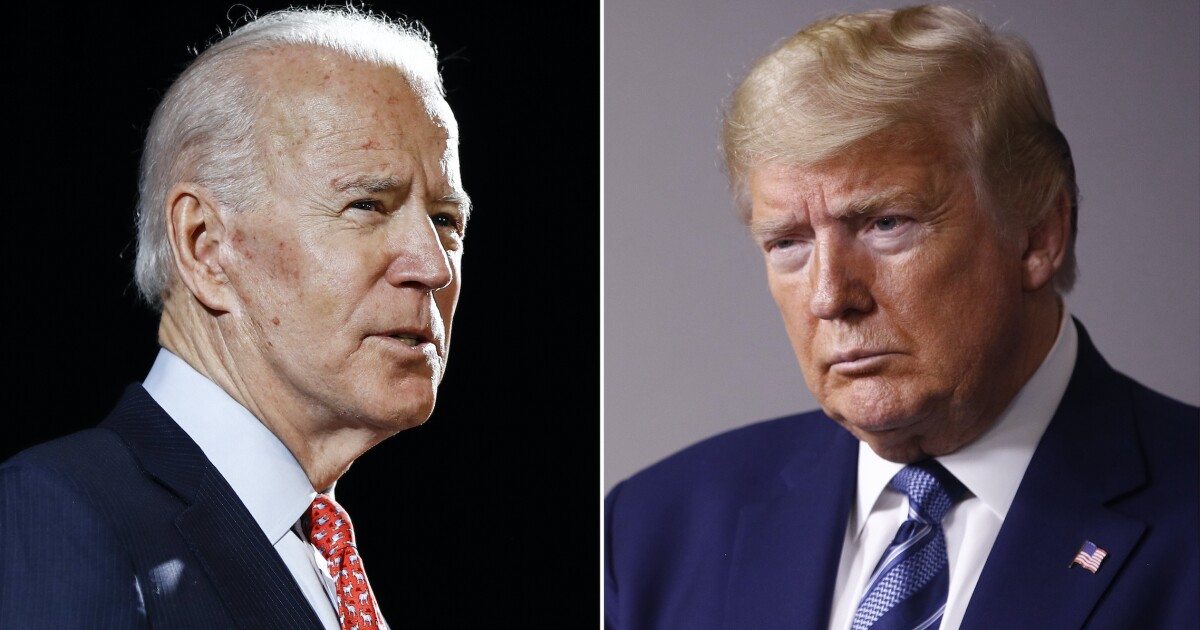 Most voters are seeking outside candidates to replace both President Joe Biden and former President Donald Trump on the 2024 ballot to avoid a repeat of the 2020 election.

More than 60% of voters said they don’t believe Biden should seek a reelection bid in 2024, with at least 30% of Democrats noting they would back another candidate, according to a recent poll by NewsNation/Decision Desk HQ. However, voters also don’t want to see Trump making a comeback bid, with 57% of voters saying he should not run. Twenty-six percent of Republicans said they would want someone else as the GOP nominee.

SHOULD BIDEN RUN AGAIN IN 2024? HERE’S WHAT DEMOCRATS ARE SAYING

It’s not clear who voters would prefer in lieu of Biden or Trump, but popular second choices include Vice President Kamala Harris, with 16% of voters saying they’d vote for her and 23% saying they’d back Florida Gov. Ron DeSantis, according to the poll of 1,000 registered voters conducted on July 22-24, with an average margin of error of 3.1 percentage points across all questions.

The latest poll spells trouble for Biden as the president grapples with some of his lowest approval ratings yet and 94% of Democrats under 30 looking toward another nominee in 2024, according to the New York Times. Respondents largely pointed to Biden’s age as their chief concern, followed closely by his performance thus far as president.

Senior Democratic officials have worried for months that Biden’s inability to advance liberal proposals, ranging from voting rights to an ambitious social spending bill, would drive down turnout among younger voters in particular. Those fears reemerged after Biden’s response to the Supreme Court overturning Roe v. Wade was deemed insufficient by many activists.