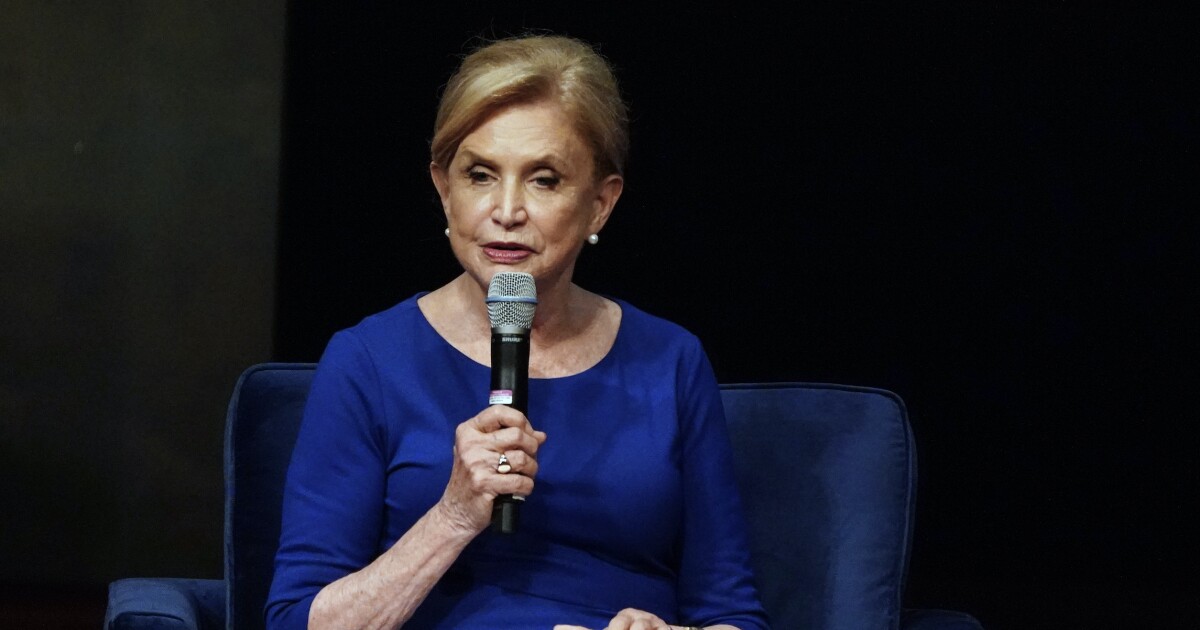 Asked during an interview with NY1 Spectrum News about her fellow New York Democrat’s endorsement of Nadler, Maloney replied, “He doesn’t live here. It doesn’t surprise me.”

“The old boys network is very, very close, and they support each other,” she added.

A member vs. member primary between Maloney and Nadler, her longtime House colleague from New York City, was sparked in the new 12th District by the state’s recent redistricting process, which cast the pair (onetime allies and both powerful House committee leaders) against one another by combining their home political bases, Nadler’s on the Upper West Side and Maloney’s on the Upper East Side.

Maloney has leaned into gender politics in her campaign following a Supreme Court decision in Dobbs v. Jackson Women’s Health Organization that struck down the court’s previous ruling in Roe v. Wade. In one television ad, she tells voters, “You cannot send a man to do a woman’s job.” Maloney was among the lawmakers who were arrested after blocking traffic at an abortion-rights protest outside the Supreme Court last month.

“And we know that women are very underrepresented in Congress — we’re 51% of the population but 24% of electeds across the country,” Maloney told NY1.

Schumer endorsed Nadler on Monday, saying in a statement that “New York has a lot of outstanding leaders, but few of them lead with the courage, conviction, and brilliant legislative effectiveness of my friend, Jerry Nadler.”

The primary is scheduled for Aug. 23.