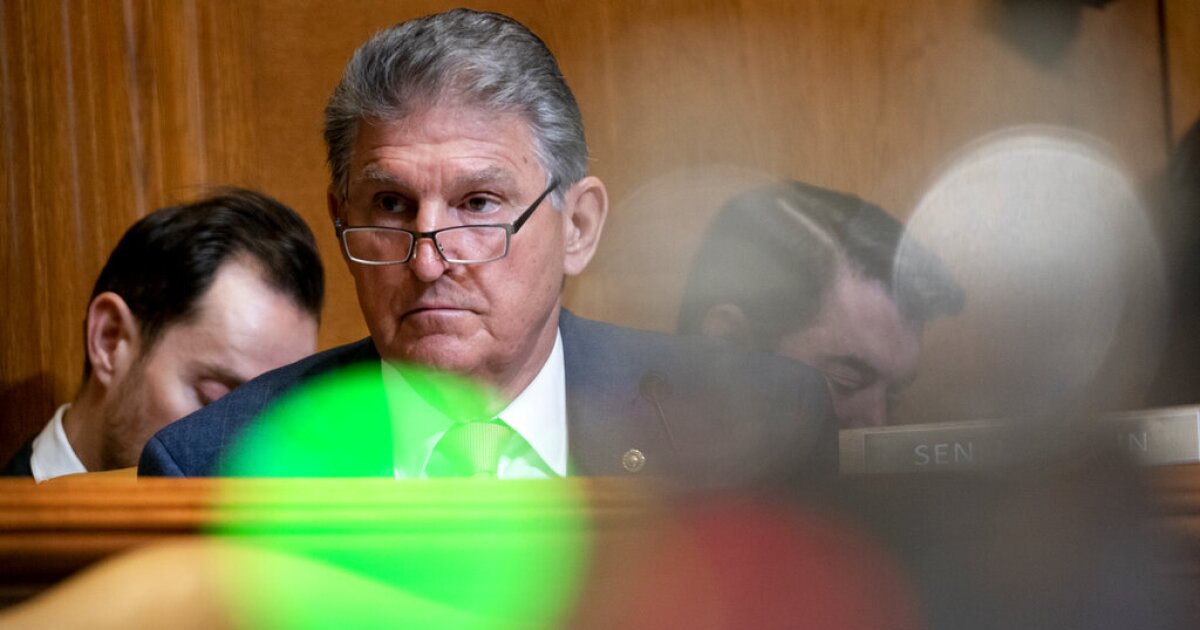 The Democrats’ latest plan to hike taxes on carried interest, a form of income earned by private equity funds that is subject to a lower tax rate, doesn’t go as far as liberals had hoped.

Sen. Joe Manchin (D-WV), the swing vote on many legislative initiatives in the evenly divided Senate, announced on Wednesday his support for a suite of changes to the tax code as part of the Inflation Reduction Act of 2022: a watered-down replacement for President Joe Biden’s ambitious $2.4 trillion spending bill, known as Build Back Better.

One portion of the agreement brokered between Manchin and Senate Majority Leader Chuck Schumer (D-NY) would target what Democrats have dubbed the carried interest loophole. The legislation would make it more difficult for managers at private equity firms and hedge funds to pay less on their taxes.

Carried interest is a type of taxable income generally earned by private equity managers that is subject to a lower rate than income.

Managers at private equity firms typically collect both fixed management fees (which are taxed as income) and a percentage of the investments’ profits (which is the carried interest in question).

The management fees are taxed up to 37% as they are viewed as ordinary income in the eyes of the Internal Revenue Service. Carried interest, though, can be taxed at capital gains rates of much less, up to 23.8%. Critics of carried interest argue that the funds are not capital gains, but are actually income from labor and therefore should be taxed at the higher ordinary rates on income.

The carried interest controversy was addressed in 2017 as part of the Republicans’ Tax Cuts and Jobs Act. While capital gains can qualify for long-term rates after a year, the legislation made it so carried interest could only do so after three years — making it more difficult for managers to pay lower rates because many investments are shorter-term ones.

The proposal doesn’t go as far as past Democratic plans to rein in carried interest. For instance, last year Sen. Ron Wyden (D-OR) introduced legislation that would have closed out the entire carried interest rule so that fund managers couldn’t cash in on the lower tax rates, no matter the length of the investment.

“Ten or 20 [years] would be better if you wanted something with teeth, but directionally, they’re going the right way,” Steve Rosenthal, a senior fellow at the Tax Policy Center, told the Wall Street Journal. “Is this approach, going from three years to five years, which is pretty modest, going to affect capital formation? I don’t think so.”

The watered-down proposal continues to face obstacles, even with Manchin’s support. Sen. Kyrsten Sinema (D-AZ) is another centrist who has been hesitant to go along with some of her party’s tax and spending initiatives in the past. She hasn’t yet weighed in on whether she will throw her must-have support behind the plan.

But Manchin insists that he wants to keep changes to carried interest in the plan, according to the Hill.

“I’m not prepared to lose” it, Manchin told reporters Thursday. “What we have is a good bill that’s fair with everybody. It’s a give-and-take proposition.”

Schumer and Manchin’s carried interest plan would net some $14 billion in new tax revenues, according to an estimate by the Joint Committee on Taxation. But the carried interest rule wouldn’t bring in the most revenue of the tax proposals included in the Inflation Reduction Act.

Most notably, the legislative proposal would levy a 15% minimum tax on the book income of companies. The United States currently has a 21% corporate tax rate, which it assesses based on companies’ tax returns. The new proposal would assess a minimum 15% tax on the adjusted financial statement income of corporations — “book income.” Democrats say the provision will raise $313 billion in new tax revenue.

Also included is a plan to bolster IRS tax enforcement, which the Congressional Budget Office projects will bring in $124 billion in increased revenue.

Another hurdle facing the legislation is that it doesn’t do anything to raise the $10,000 cap on deductions for state and local taxes implemented by the Tax Cuts and Jobs Act. Some Democratic lawmakers from high-tax states have vowed to vote against any plan without SALT relief, even though more deductions would largely benefit wealthier constituents.

“Our tax code should not favor red-state or blue-state elites with loopholes like SALT and should focus more on closing unfair loopholes like carried interest,” Manchin said in a Wednesday statement. “Through the enforcement of a fair tax code, we can use the revenue to cut the deficit and lower the cost of healthcare for working families and small businesses.”