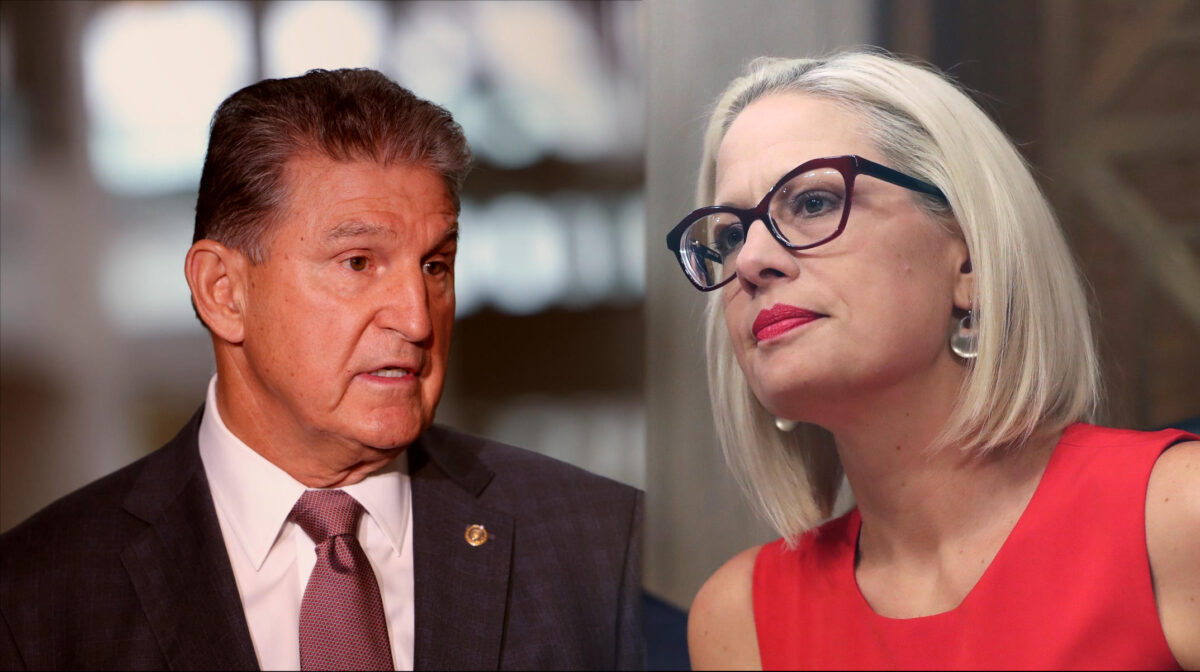 The IRA, a compromise reconciliation package hammered out over months of negotiations between Manchin and Senate Majority Leader Chuck Schumer (D-N.Y.), would substantially change tax law in order to fund new climate policies and initiatives to reduce the federal deficit.

The agreement comes after the failure eight months ago of a much larger spending package, the Build Back Better Act (BBB), which Manchin said he absolutely would refuse to support.

The deal is a breakthrough for Democrats, who had grown increasingly hopeless about the prospects of passing substantial reconciliation legislation before the onset of the midterms. However, while Manchin is on board with the proposal, Sinema remains a question mark.

Sinema, who has long refused to give out her policy positions to the media, has been mum on the bill, but her support will be absolutely essential for Democrats to pass the legislation.

Because Democrats control 51 seats in the upper chamber, including Vice President Kamala Harris’ vote, and because reconciliation bills can pass over the normal filibuster process in the Senate, Democrats have just enough votes to push the bill through—but only if all 50 Democrats support it.

Though Manchin struck the killing blow against BBB in Dec. 2021, Sinema had for months joined him in opposing the legislation. Reportedly, Sinema was unilaterally opposed to increasing tax levels from the rates set by the 2017 Tax Cuts and Jobs Act; the IRA, however, would raise taxes on corporations and some individuals, throwing into doubt her support for the legislation.

On Aug. 1, Manchin said that he would talk to his moderate colleague and encourage her to support the bill, which he said she did not help to craft.

“I’m sure we’ll get a chance to speak today because she usually comes in [on Monday], and we’ll speak on the floor,” he told reporters when asked about Sinema’s position on the bill.

On the other hand, Manchin said he was “adamant” about keeping provisions related to the so-called “carried interest loophole,” which lets money managers pay a lower tax rate than normal on profitable investments. Sinema, for her part, was originally opposed to this scheme in BBB and has given no indication that this position has changed.

Sinema’s office, as usual, has not answered queries about the senator’s position, saying only that the bill is being reviewed.

Manchin also expressed hesitance to substantially amend the IRA during floor votes, saying, “we have a good balanced piece of legislation. It’s taken me eight months to get here. We’ve listened to everybody along the way.”

In addition, Manchin suggested that he had not communicated with Sinema during negotiations to craft the IRA.

“I haven’t had any conversations with anybody during the process because I wasn’t ever sure that we would get to a finale,” Manchin said. “I never thought that could happen. I wasn’t sure.”

In part, Manchin said, this was to avoid causing his Democrat colleagues another disappointment.

Ultimately, the fate of the IRA remains indeterminate, and its fate largely hinges on Sinema, without whom it will almost certainly fail due to unanimous GOP opposition.