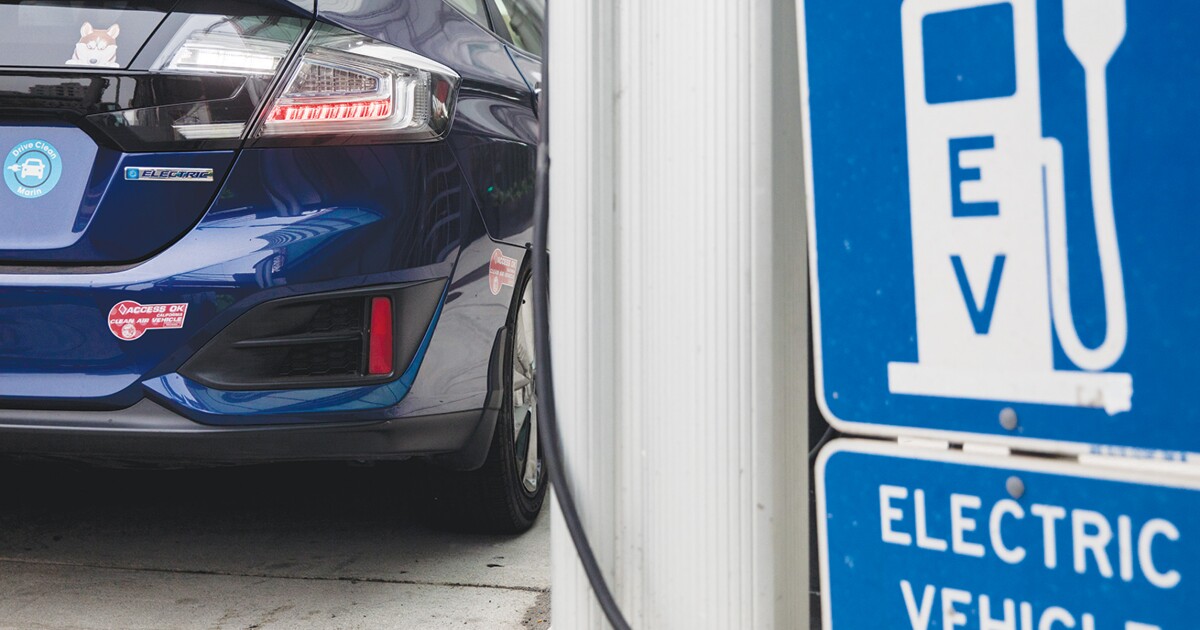 The proposed legislative compromise between Democratic Sens. Joe Manchin (WV) and Chuck Schumer (NY) would either boost the share of electric vehicles on the road or undermine such efforts completely — depending on whom you ask.

The bill, which would expand a $7,500 tax credit for U.S. consumers who purchase electric vehicles, is aimed at incentivizing U.S. companies to build out the supply chains for critical mineral components used to make the cars — a longtime goal of President Joe Biden. But many industry officials and lawmakers have expressed concern that those supply chain buildups could take years, undercutting the bill’s prospects to reduce emissions.

For EVs to qualify for the tax credit, a certain percentage of their batteries and key minerals must be sourced from the United States or a nation that is party to a U.S. free trade agreement beginning next year.

That means “[to] the extent the policy is effective, it will slant the market in the direction of American products,” George Mason economist and Bloomberg columnist Tyler Cowen wrote.

But that’s an ambitious undertaking considering that most critical resources needed in EV manufacturing — lithium, nickel, cobalt, and graphite — are mined and processed in China, Russia, the Democratic Republic of the Congo, and Indonesia, none of which are party to U.S. free trade agreements.

In the short term, this might drive up the cost of production, cutting against the Biden administration’s climate goals and the president’s pledge to end all sales of gas-powered vehicles in the U.S. by the year 2035.

“This is the one issue that may stop this proposal from going forward,” Joseph McCabe, president and CEO of AutoForecast Solutions, said in an interview. “The current language sets aggressive time-based sourcing targets, which are considered very difficult to hit. Basically, it is designed to push out the reliance on countries like China but will most likely add significant costs and stress on the supply chain.”

“And as costs go up, they are usually passed on to the consumer,” he added. “We at AFS are expecting that the language in the bill as it currently stands will need to be adjusted in order to move forward.”

“Broadly speaking,” he said, the measure “is an important step for the United States. We can’t stop one dependence on oil for transportation and go to a new dependence on batteries.”

“That said,” Diamond added, “they could make the provisions a little bit more workable.” One such change he suggested would be to broaden the definition of “free trade countries” in this instance to include military alliances. This would allow for it to be brought to NATO, he said, “and to two key non-NATO allies: Japan, Argentina, and others that have certain components of the supply chain as we continue to build it.”

The reaction from U.S. automakers has been mixed. Some, such as Autos Drive America, which represents a dozen foreign automakers, including Toyota and Volkswagen, said the group is still working to understand the impact of the tax credit plan.

“We encourage Congress to steer clear of any policy that would constrain electric vehicle production, hinder consumer adoption, and make it more difficult to achieve our shared climate goals,” CEO Jennifer Safavian said in a statement.

General Motors Co., for its part, struck an optimistic tone: “While some of the provisions are challenging and cannot be achieved overnight, we are confident that the significant investments we are making in manufacturing, infrastructure and supply chain along with the timely deployment of complementary policies can establish the U.S. as a global leader in electrification today, and into the future,” it said in a statement.