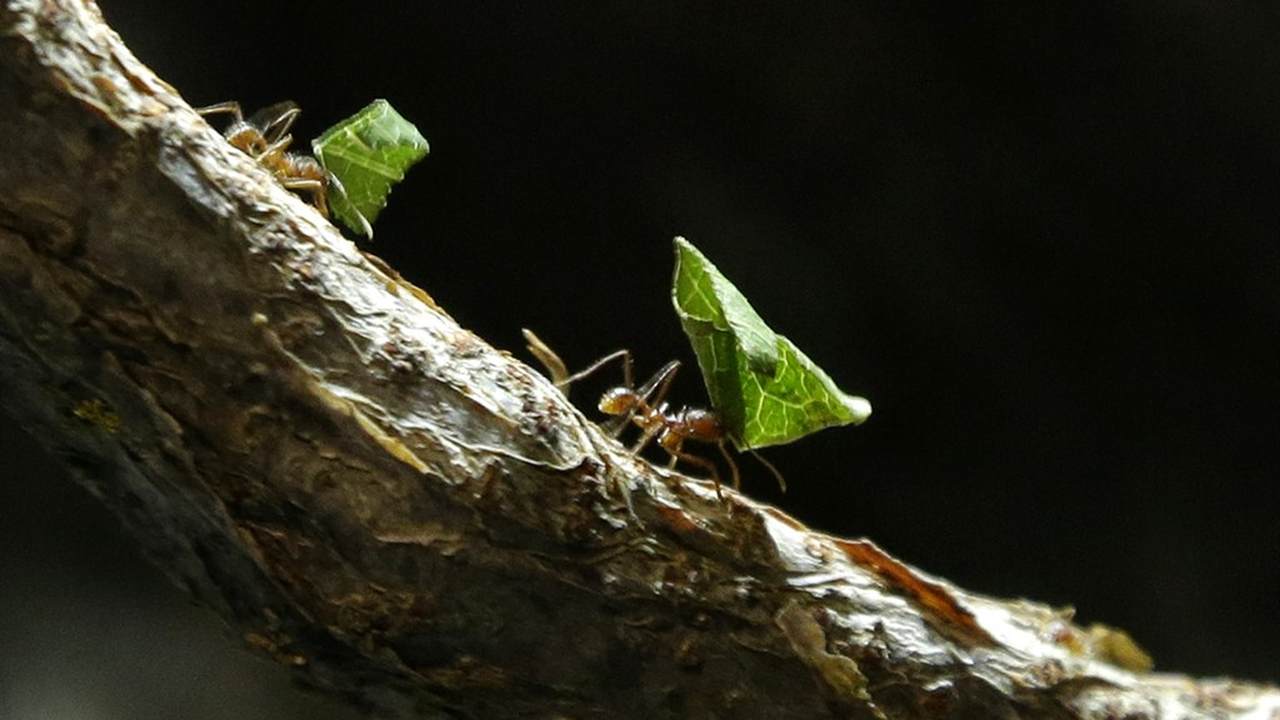 The largest known ant colony was discovered on the Ishikari coast of Hokkaido, Japan years ago.  It was estimated to have 306 million worker ants and 1.1 million queens that formed a cluster of 45,000 interconnected nests that stretched for 12.4 miles along the coastal grasslands of the Sea of Japan.

This was a supercolony.

Yet in 2009, scientists discovered that this supercolony was even larger, part of one vast ant megacolony that spanned Europe, Japan and the United States.  These ants shared a chemical profile of hydrocarbons that allowed them to recognize and cooperate with one another.  Without that chemistry, they fought to the death against outsider ants – even within their own species – to protect the health of their megacolony.

It wouldn’t surprise me a bit if this was the same megacolony I stumbled across a few months ago after the builder I work for broke ground on 53 acres of bare California land to build a new community of 200 homes.

I’ve never seen so many ants – thousands swarming the construction site every day in utter confusion over what to do about the sudden, and relentless, disruption to their lives.

“It takes a lot longer to build a supercolony than to destroy one,” wrote LA Times reporter Ginny Parker (1999), about the supercolony’s eminent extinction due to construction.  “… it [an ant colony] is extremely sensitive to change.  Vibrations caused by jackhammers and trucks can easily wipe out entire nests.”

These little creatures, no doubt, are “exceedingly wise,” as King Solomon wrote in Proverbs, but no amount of smarts could help the ants on our site piece together the plans we had to fundamentally, and forever, transform all 53 acres of that land.

The trucks, the jackhammers, the trenchers, the framers, the drywallers, the road pavers, and the landscapers bustled the site with constant noise that left terrified ants scrambling toward untrenched parts of the land in a desperate search for normalcy.

But it was too late for “normal.” The builder’s plan was set in stone.  Even as exterminators were deployed to terminate them, the ants – settling for any normalcy they could find between the chaos – were hopelessly locked into the same patterns they’d always followed.

Many Americans, especially in the post-pandemic, post-George Floyd era, are starting to feel like those ants.  With all the craziness we’ve seen over the past two years, we’re sensing that something’s gone very wrong with America and the world.

We hear the noise, we feel the vibrations, and we see the frenzied activity to tear down centuries-old institutions and to replace them with … God-knows-what.  And as painful and destructive as it’s been for innocent people, the chaos never ends because it’s all part of a multi-layered, deliberate plan designed to make it impossible to connect the dots, even in plain sight.

But clues are now popping up everywhere.  The draconian emergency response to COVID opened a golden window of opportunity for the master planners, but in their haste to destroy things, they’re getting sloppy.

Lawless mass migration, orchestrated food shortages, the killing of fossil fuels with nothing to replace it, the giving away of national sovereignty to global unicorns, the rigid intolerance against the tyrannical religions of inclusiveness and equity – all synchronized at the same moment in history to act as political bulldozers to demolish entrenched norms at the heart of Western democracies.

So as we’re hearing more about the World Economic Forum’s (WEF) Great Reset and its pushback against getting back to pre-COVID normal, it’s becoming impossible not to connect the dots.  Unelected global elites have big plans for the world.

WEF founder Klaus Schwab wrote that COVID was an opportunity to make those plans achievable by 2030, and they’re working with reckless abandon to fundamentally change the world under the cover of global chaos.  Getting back to pre-COVID normal, for them, is out of the question.

“Many of us are pondering when things will return to normal. The short answer is: never,” wrote Schwab in COVID-19: The Great Reset, a book he published, remarkably, four short months after COVID-19 was officially declared a pandemic.  “Nothing will ever return to the ‘broken’ sense of normalcy that prevailed prior to the crisis because the coronavirus pandemic marks a fundamental inflection point in our global trajectory.”

Never?  Who appointed this guy god of the universe?

In cahoots with the governments and corporate partners around the world, the WEF strategically partnered with the United Nations in 2019 to implement its 17 Sustainable Development Goals (SDG) for Agenda 2030.

Along with foretelling the end of U.S. dominance by 2030 and that tiny robotic tubes and bio-printed organs will replace scalpels and organ donors, one of WEF’s predictions for the world of 2030 is to transform the way humans produce and consume food.  They want to “de-carbonise” the food system by reducing “the amount of greenhouse-intensive food we produce,” especially when it comes to meat,” which will be replaced with lab-grown “meat.”  And yes, bug protein and insect products are on the menu.

But since market forces would never cooperate with its 2030 goals, WEF partners like the Netherlands – the world’s 2nd largest exporter of agriculture – use the climate change “emergency” to create regulations that produce man-made crises.  Netherlands Prime Minister Mark Rutte’s policy to cut nitrogen oxide emissions in half by 2030 will put his own farmers out of business.  But that’s the plan since Rutte works under the guidance of WEF’s Global Coordinating Secretariat to create Food Innovation Hubs.

“How is it possible that in an age when everybody’s talking about the possibility of food shortages of insecure supply chains, the Dutch government is pursuing this policy which will lead to even more dependency on international supply chains and, thus, uncertainty for the Dutch consumers?”  Parliament member Thierry Baudet asked in an Epoch Times interview.

It was a rhetorical question.

“… [P]eople governing this country are following the script written by the EU to realize what they call a Great Reset,” said Baudet.  “Across the board, a radical agenda is being pushed, which is called the Sustainable Development Goals.  All the climate hysteria of which, scientifically, is bonkers!”

Fighting this garbage, he said, is “the single most existential fight in the history of civilization.”

Western civilization is a vast “megacolony” of God-fearing, freedom-loving people spanning across Europe, the United States and the world who share political and cultural “hydrocarbons” that allow them to recognize and cooperate with one another.

We are not ants, but like the ants who put up a fierce fight against “outsiders” – even those of their own species – every American has a duty to those who died for this country to protect the health of the nation and the values that created Western civilization.  It takes a lot longer to build a civilization than to destroy one.

And nothing will change if, like the ants on my construction site, we simply settle for any normalcy we can find between the chaos, hopelessly locked into the same patterns we’ve always followed.

We are Americans.  Their plans are only set in stone if we allow it.