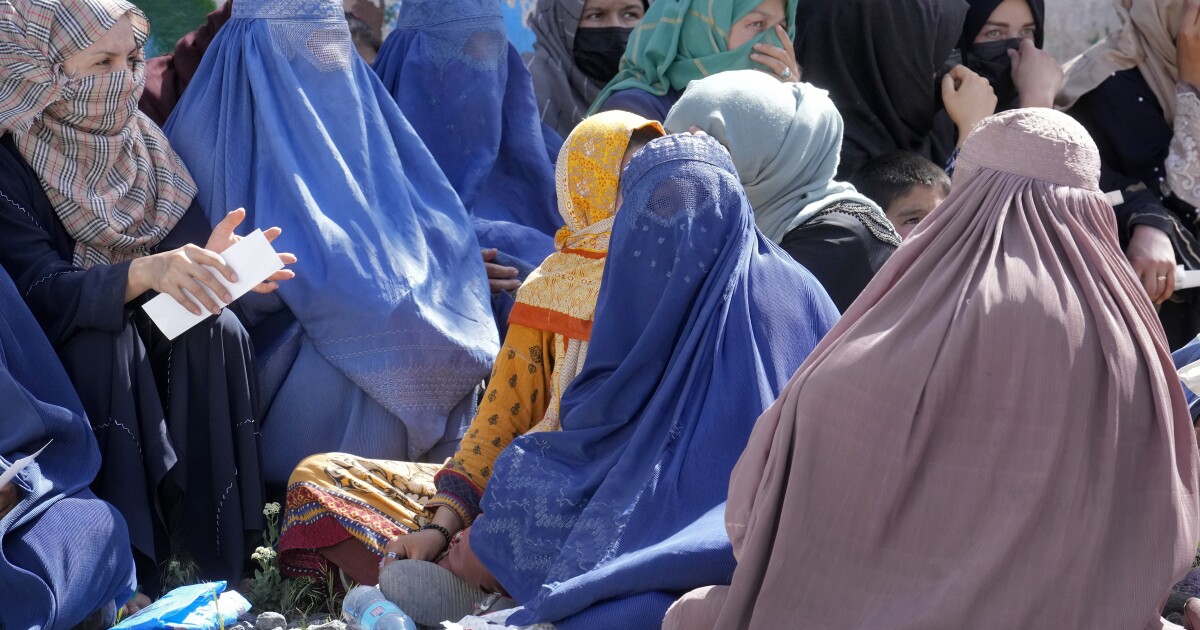 Several women in Afghanistan who hold jobs in the government have been directed by Taliban leaders to send their male relatives to replace them, according to reports.

Some female workers who still hold government jobs have been told to find male relatives to send as replacements because the “workload in the office has increased and they need to hire a man instead of us,” one woman told the Guardian.

“I was asked to introduce a male family member to replace me at the ministry, so I could be dismissed from the job,” one woman who worked as the head of Afghanistan’s Ministry of Finance said. “This is a difficult and technical position I was trained for and have years of experience in. And even if he could do the same work eventually, what would happen to me?”

MEN TO SERVE AS PROXIES FOR WOMEN AT AFGHANISTAN UNITY FORUM

The decision has prompted pushback from several women, with some mobilizing to protest.

“We do not accept their order and we will try to get them to change it,” one female worker in the Ministry of Finance said. “We have created a group of female employees of the ministry. We are negotiating now, and we will demonstrate if they don’t hear us.”

It’s not clear how many government departments have been instructed by the Taliban to begin replacing their female employees with male relatives.

The shift in policy comes months after the Taliban removed women from their jobs and sent them home, except for those with government positions that could not be filled by men, who remained in their jobs at significantly lower salaries. Now, Taliban leaders are seeking to replace even women who remained employed after that decision.

The restrictions on female employment have resulted in widespread economic strains on the country, causing an economic loss of about $1 billion to the economy, which is about 5% of the country’s GDP, according to estimates from the United Nations.

“There is almost universal poverty in the country,” said U.N. Women Executive Director Sima Bahous. “More than half of the population needs some form of humanitarian assistance, and an entire generation is threatened by food insecurity and malnutrition. The latest restrictions make attempts at recovery harder, if not impossible.”

Before the Taliban took power in August 2021, almost 3,000 of Kabul’s workers were women, making up roughly one-third of the city’s workforce, according to the Associated Press.

More than 9 million people have been displaced since the Taliban took control of Afghanistan, and 20 million now face severe hunger, according to an Integrated Food Security Phase Classification analysis published in May.