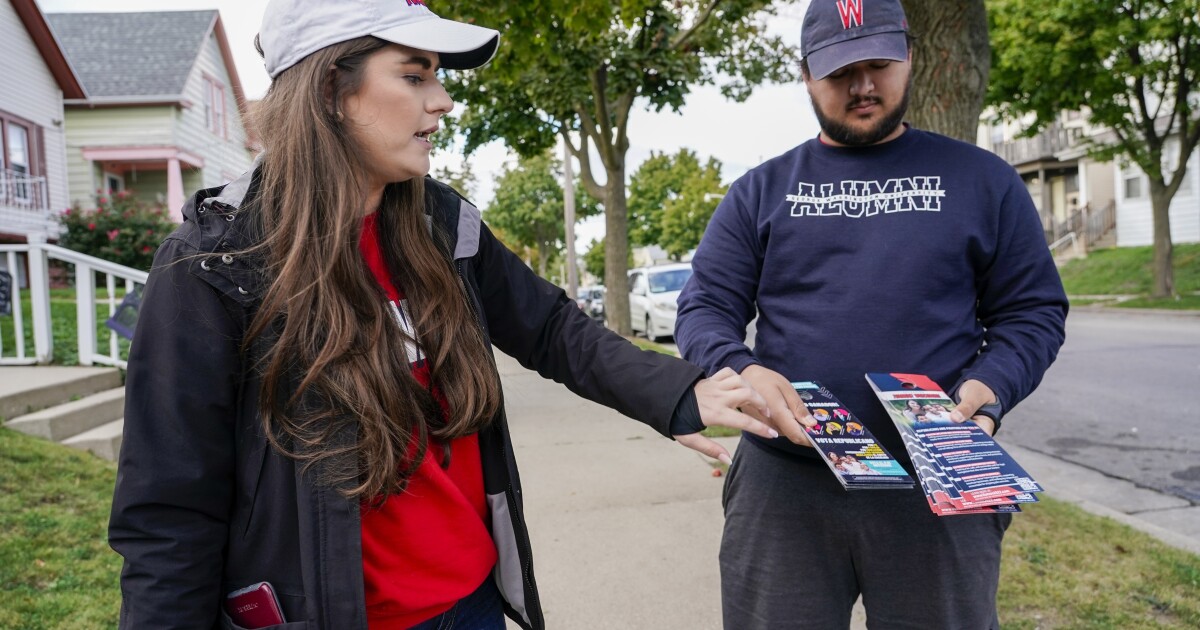 With just under three weeks until Election Day, nearly a quarter of Hispanic voters are still unsure who they’ll vote for in the midterm elections, underscoring the influence the large electorate group has over the U.S. swing vote.

Although Democrats have historically benefited from a majority of the Latino vote, that advantage has continued to slip over the last four years to reach its lowest point since 1994. While 33% of Latino voters say they’ll vote for Democrats, and 18% say they’ll back Republicans in the midterm elections, another 23% say they still have not decided, according to a recent Axios-Ipsos Latino poll.

“Latino Americans feel relatively cool toward both political parties,” said Cliff Young, president of Ipsos U.S. Public Affairs. “While they give Republicans a slight advantage on being better on the economy, and Democrats on sharing their values, the fact is that roughly a quarter, or more, believe neither side is handling the issues they care about well. This makes them, in many ways, the swing voters of the 2022 election.”

Despite their shrinking lead, Democrats still have advantages in key areas as Hispanic voters are overwhelmingly in support of President Joe Biden’s student loan forgiveness program and the Inflation Reduction Act, according to the poll. A large portion of Latinos also back measures for expanded background checks and increased restrictions for those accused of domestic abuse to own a gun.

However, inflation and crime remained the top two concerns for Hispanic voters, giving Republicans an advantage as they continually rank higher as being considered better equipped to handle those issues. Only 12% ranked abortion as a top concern, with that number staying stagnant since the Supreme Court overturned Roe v. Wade in June.

A majority of Hispanic voters indicated they want to see a change in leadership within both parties, with 69% saying Biden should not run again in 2024 and another 73% saying the same about former President Donald Trump.

The poll surveyed 1,005 Hispanic voters between Sept. 30 and Oct. 8 and has a margin of error of 3.8 percentage points.