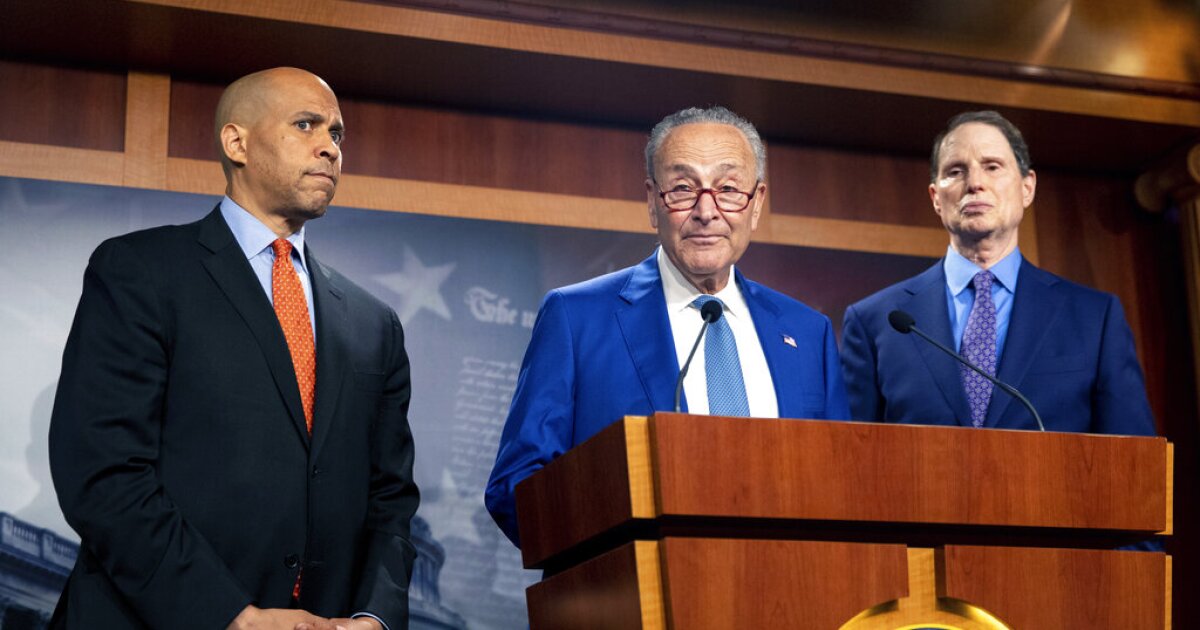 The marijuana industry has dramatically increased its lobbying efforts within the halls of Congress since the first states legalized recreational use of the drug in 2012.

The industry has spent over $20 million lobbying Congress since Colorado and Washington legalized marijuana in 2012, with the bulk of the spending coming after Democrats retook the House in 2019, according to data compiled by OpenSecrets. The figure represents just a fraction of the total marijuana lobbying in Congress, as dozens of businesses and advocacy groups that represent other sectors of the economy have also lobbied on marijuana-related bills in recent years.

However, the marijuana industry is not expected to boost its congressional lobbying efforts further in the short term, even after Senate Majority Leader Chuck Schumer (D-NY) introduced a groundbreaking comprehensive reform bill in mid-July that would decriminalize cannabis at the federal level. The marijuana industry is on track to spend around $4.5 million in lobbying in 2022, a rate in line with what it spent in 2019, 2020, and 2021.

Pro-marijuana advocacy groups told the Washington Examiner there simply aren’t enough votes in the Senate to pass Schumer’s bill before the 117th Congress closes out in early January 2023.

Even if the Senate majority leader’s comprehensive legalization bill is doomed to fail, marijuana advocates are optimistic the legislation could give them the momentum to push through more incremental stand-alone measures in the current session, such as the SAFE Banking Act, which would prohibit federal regulators from punishing financial institutions that do business with the marijuana industry in states where it’s legal.

“I really don’t think the votes are there yet” for full legalization at the federal level, said Morgan Fox, a policy director at NORML. “Anything can happen, but I think what this bill does do is finally allow us to start having substantive conversations in the Senate around all manner of marijuana policy reform measures and different aspects of cannabis policy in general.”

“And within that, that opens up a pathway to potentially passing incremental measures like safe banking or expungement during the current session,” Fox added.

The House has passed the SAFE Banking Act five times since it was first introduced in 2013, but it has never been able to break through in the Senate.

In 2017 and 2018, only 11 organizations registered to lobby in the Senate on the 2017 iteration of the SAFE Banking Act, according to data compiled by OpenSecrets. The 2019 SAFE Banking Act in the Senate elicited lobbyists from 72 organizations, including banking institutions, payment processors, alcohol industry trade associations, the American Civil Liberties Union, and the marijuana industry.

Lobbyists representing 64 organizations have weighed in so far on the Senate’s 2021 iteration of the SAFE Banking Act.

In the 10 years since Colorado and Washington became the first states to legalize marijuana, 18 states and Washington, D.C., have legalized adult recreational use of the drug. Medical use of marijuana is legal in 37 states.

The House passed its own federal marijuana legalization bill along mostly party lines in April, with only three Republicans voting in support and two Democrats voting against.

Steve Hawkins, the president of the U.S. Cannabis Council, one of the largest lobbying spenders in the marijuana industry, told the Washington Examiner he isn’t concerned about losing momentum if Republicans take back the House in the midterm elections.

Calling marijuana legalization a generational question, Hawkins said it is only a matter of time before Congress legalizes the drug, regardless of which party is in power.

“We are finding it is less about political affiliation as it is generational,” Hawkins said. “There are some older Democrats, even some that are from states that have legalized cannabis, who are fairly opposed to it.”

Hawkins said he is glad to see Schumer introduce his bill, but he cautioned that few in the marijuana industry think the legislation can pass the Senate before the session of Congress closes. He said his organization remains focused in the short term on pushing Congress to pass more incremental measures like the SAFE Banking Act, criminal engagement of existing federal marijuana convictions, and research.

On the Republican side, Hawkins pointed to Rep. Nancy Mace (R-SC), who recently introduced her own bill to remove marijuana from the federal list of controlled substances.

Mace voted against the House Democrats’ legalization bill in April — but only because she said it gave too much power to the federal government.

Rep. Matt Gaetz (R-FL) is another unabashed Republican supporter of decriminalizing marijuana at the federal level. Gaetz has received more campaign contributions from the marijuana industry than any other elected member of Congress, according to OpenSecrets data.

“I think that any politician coming in under the age of 45 is going to have a different view of cannabis,” Hawkins said. “Of course, there are going to be exceptions to that, but I think this is going to play out far more generationally than it is on anything else.”

“It’s only a matter of time,” Hawkins added.