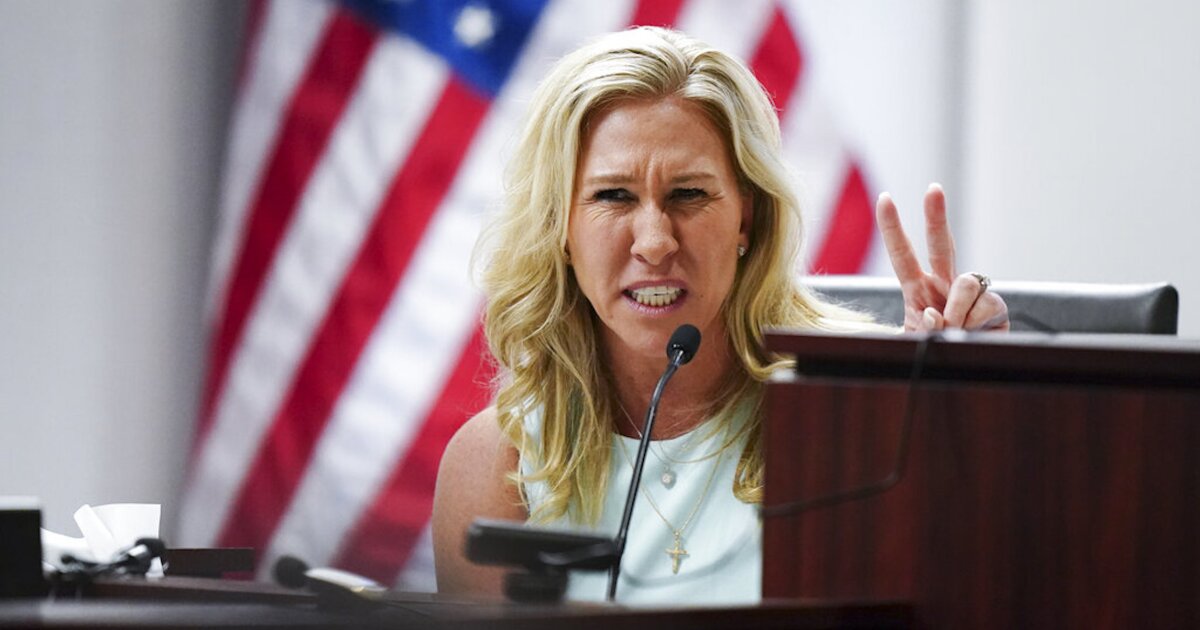 Greene said the legislation, which would slap providers with Class C felonies, is already in the works, though she only has five co-sponsors and hasn’t guaranteed the votes of all her Republican colleagues.

Tomorrow, I will introduce the Protect Children’s Innocence Act to criminalize the child abuse that many call “gender-affirming care.”

My legislation would immediately make it a felony to subject children to puberty blockers or horrific “sex change” genital surgeries. pic.twitter.com/1jAwb1TwXR

“You see, I’m one of those that believes the Republican Party is only worth being a true party, worth deserving of the people’s votes, if we are willing to stand up and stop horrific things like child abuse and like so-called gender-affirming care, which is really genital mutilation, puberty blockers that cause chemical castration, teenage girls have been their breasts chopped off, teenage boys being castrated. This needs to be illegal,” she told Fox News host Tucker Carlson on Thursday night.

WE WILL LOOK BACK WITH SHAME ON GENDER TRANSITIONS FOR CHILDREN

“I’m introducing a bill, creating a law, causing it to be a Class C felony for any person involved in so-called gender-affirming care — that means gender mutilation surgery, hormones, puberty blockers, anything involving youth under the age of 18 — because they’re too young to make these awful decisions that will affect them and will be permanent for the rest of their lives,” the congresswoman stated.

Greene said she’s talking with the rest of her colleagues to court more Republican support for the measure.

“It’s the kind of thing nightmares are made of. These are monsters under kids’ beds doing these horrific things to them,” Greene stressed.

Carlson praised Greene’s bill and told her to send him a list of “every Republican who’s too cowardly to affirm the obvious.”

Parents have been embroiled in a battle with the Department of Education over transgender ideology, especially following the Biden administration’s proposal of a Title IX regulation that would require schools to give education consistent with whatever gender students identify with.