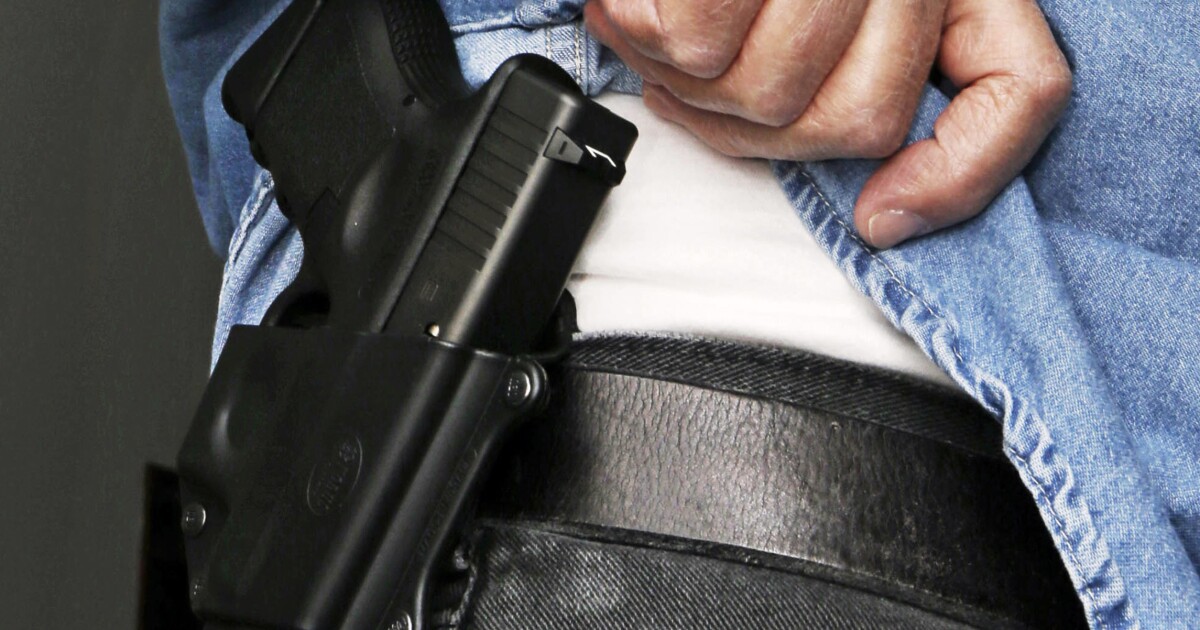 Maryland Gov. Larry Hogan requested state police Tuesday to suspend a law that required a “good and substantial reason” for permits to carry concealed handguns after the Supreme Court struck down a similar law last month.

Hogan, a Republican, was responding to the June 23 high court ruling that made it more difficult for state governments to restrict carrying a handgun outside of a home. Without Maryland’s “substantial reason” rule, applicants may obtain concealed carry licenses without stating personal circumstances that provide an elevated need for armed self-defense.

In the case New York State Rifle & Pistol Association v. Bruen , the Supreme Court ruled 6-3 to hold that New York’s concealed carry law, which required applicants to show a “proper cause” for needing a concealed carry permit, blocked residents from exercising their rights under the Second Amendment.

Hogan said the state’s law is “virtually indistinguishable” from New York ’s “proper cause” provision, which the Supreme Court found unconstitutional, according to a statement. Ending the Maryland law “is in line with actions taken in other states in response to the recent ruling,” the governor said.

“It would be unconstitutional to continue enforcing this provision in state law,” Hogan added. “There is no impact on other permitting requirements and protocols.”

Maryland’s Democratic Attorney General Brian Frosh issued a statement last month saying he opposed the high court’s decision over New York’s law, adding that his office would be examining the ruling to determine the impacts on the state.

Advocates against Maryland’s gun law already had a case that was placed on hold in the 4th U.S. Circuit Court of Appeals, pending the ruling in the New York case.

Those states all have Democratic-controlled legislatures that could seek to disallow firearms in certain places, with New York lawmakers passing sweeping new restrictions on July 1 that ban carrying concealed weapons in several locations, such as Times Square, subways, buses, bars, and more.

Those restrictions, signed by Gov. Kathy Hochul , a Democrat, will likely face additional legal challenges from Second Amendment proponents who say the state is still barring access from exercising the rights of legal gun owners from carrying them when they leave their homes.