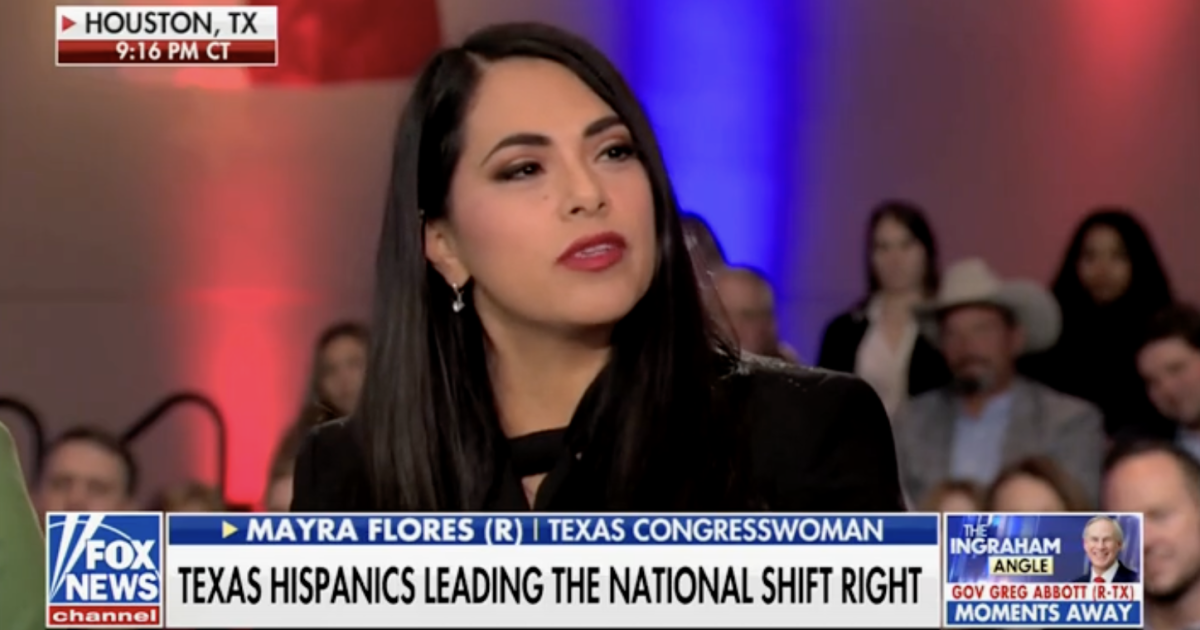 Rep. Mayra Flores (R-TX) bashed the Democratic Party during a live town hall event in Houston, Texas, claiming that it “walked away from the Hispanic community.”

“My father was a Democrat all his life,” Flores told host Laura Ingraham. “And he said, ‘They walked away from our values. They are no longer standing with God and family and hard work. They stand against everything. I raised you with everything I was raised with.'”

“Now, they’re calling us racist. Racist for what? For wanting our lives back? The life that we had two years ago?” she asked.

She reiterated her “100%” focus on her constituents, accusing her opponent, Rep. Vicente Gonzalez (D-TX), of wanting to put the government first. The two are battling to represent Texas U.S. House District 34 in the November midterm elections.

This week, Flores claimed the Congressional Hispanic Caucus denied her membership. “As the first Mexican-born Congresswoman to serve in the U.S. House of Representatives, I thought joining the Congressional Hispanic Caucus would be a constructive way to build bridges and work in a bipartisan manner on behalf of our constituents. I was wrong,” Flores told the Washington Examiner. “This denial once again proves a bias towards conservative Latinas that don’t fit their narrative or ideology.”

“My thoughts after the rejection by the Congressional Hispanic Caucus, maybe I’m not the right type of taco,” she wrote on Twitter.

My thoughts after the rejection by the Congressional Hispanic Caucus, maybe I’m not the right type of taco.