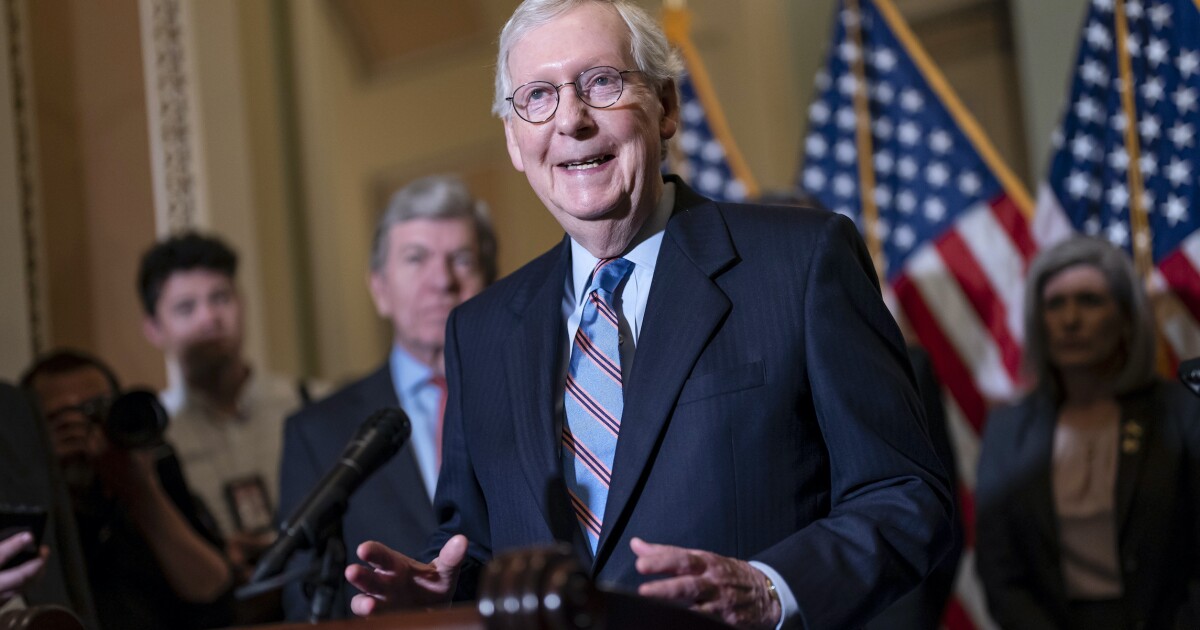 Senate Minority Leader Mitch McConnell (R-KY) celebrated what he called “an absolute historic series of victories” from the Supreme Court’s recently concluded term, including a decision in Dobbs v. Jackson Women’s Health Organization that struck down the high court’s nearly 50-year-old ruling in Roe v. Wade, sending the legality of abortion back to the states to legislate.

SCHUMER POSITIVE FOR COVID-19 DURING CRITICAL WINDOW FOR SENATE DEMOCRATS

“Last month, the court corrected one of the most egregious legal and moral mistakes of the 20th century,” McConnell said in remarks on the Senate floor Monday, calling the Dobbs ruling the best “since Brown v. Board overturned Plessy in 1954.”

During his floor remarks, the first in several weeks since the Senate has been in recess, McConnell argued that “for the first time in modern history, there was a textualist and originalist majority on the court and justices who understand the job of a judge is to follow the law as it is written, to understand they’re there to faithfully apply what our statutes and our Constitution actually say, and leave everything else to the people and their elected representatives.”

McConnell also iterated his threat to end a bipartisan economic competitiveness bill if Democrats unilaterally pass Build Back Better amid revived reconciliation talks among Senate Democrats after they reached a deal with Sen. Joe Manchin (D-WV) on a drug pricing measure that would allow Medicare to negotiate prescription drug costs. Senate Democrats have moved to negotiate a scaled-back version of President Joe Biden’s sweeping social welfare and green energy bill that might win Manchin’s support after he did not back a larger version of the bill last year, leading to its failure in the Senate.

In remarks that not-so-subtly singled out Manchin, McConnell said such a bill would raise taxes on pass-through businesses and “would hammer all kinds of states.”

McConnell said pursuing the legislation would “paralyze” the Senate, neglecting other key legislative items such as the National Defense Authorization Act.