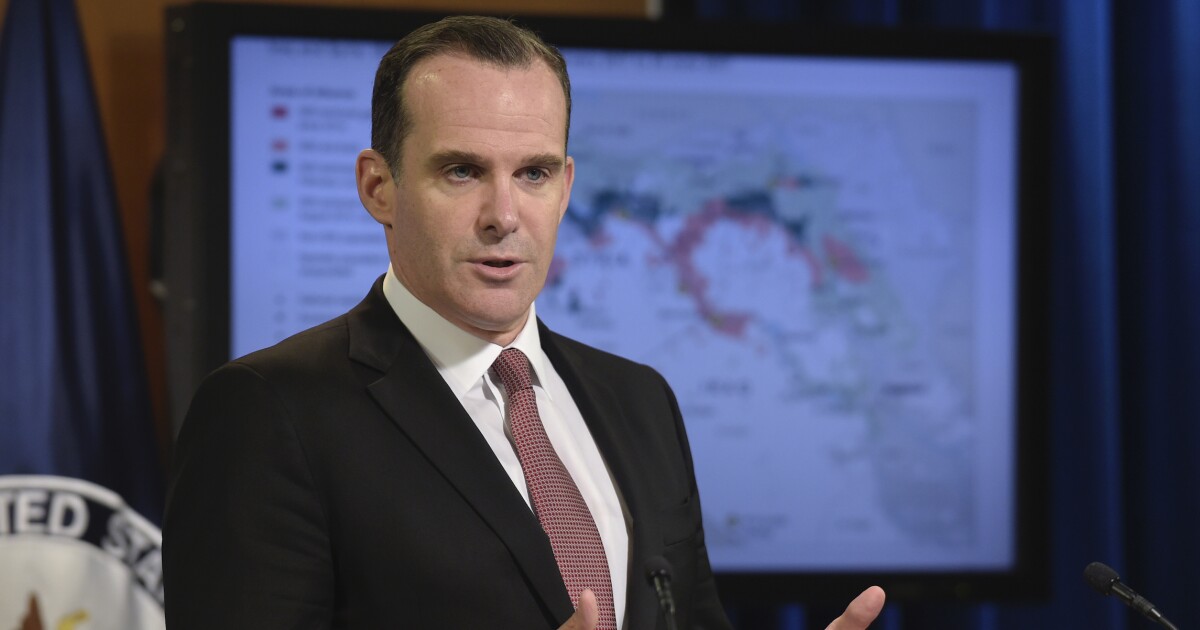 The administration has attempted to restart the 2015 nuclear agreement following former President Donald Trump’s decision to withdraw from it in 2018. McGurk’s comments further indicate the shrinking chances the two countries come to a deal.

McGurk said he believes Iran wants the U.S. “to add something to the pot” for those who support a deal, but the U.S. is “not going to do that,” he added, telling a group of think tank experts last week.

The U.S. also intends to use sanctions against Iran but not in a way that would “needlessly escalate the situation,” the Biden administration official noted.

A spokesperson for the National Security Council told the Washington Examiner, “We remain prepared to immediately conclude and implement the deal we negotiated in Vienna for a mutual return to full implementation of the JCPOA.  But for that, Iran needs to drop its additional demands that go beyond the JCPOA. To date, Iran has not done so.”

Various administration officials, including President Joe Biden himself, have said that the U.S. has made an offer that remains on the table for the Iranians to accept.

“We’ve laid out for the leadership of Iran what we’re willing to accept in order to get back in the JCPOA,” Biden said, using the acronym for the 2015 deal. “We’re waiting for their response. When that will come, I’m not certain. But we are not going to wait forever.”

Iran’s nuclear chief said earlier this week that the country will keep the U.N. nuclear watchdog’s monitoring cameras turned off until the deal is restored, according to Reuters.

There is an expiration date on the deal that “has been on the table for some months now,” State Department spokesman Ned Price told reporters earlier this month, adding that it was “negotiated in good faith in exacting detail.”

He warned that there will be a time in which the “deal is no longer in our national security interest” but added that the offer on the table “would once again subject Iran to the most stringent verification and monitoring program ever negotiated.”

“It would once again put limits on what Iran is in a position to do when it comes to its stockpiles of heavy water and enriched uranium, and that spells out exactly the steps that the United States would take when it comes to sanctions relief if Iran were to reengage and to resume its compliance with the deal.”

Days before Price’s comments, a top aide to Iranian leader Ali Khamenei said that they “have the technical capabilities to manufacture a nuclear bomb, but we have no decision to do so.”

Iran’s nuclear chief said earlier this week that the country will keep the U.N. nuclear watchdog’s monitoring cameras turned off until the deal is restored, according to Reuters.