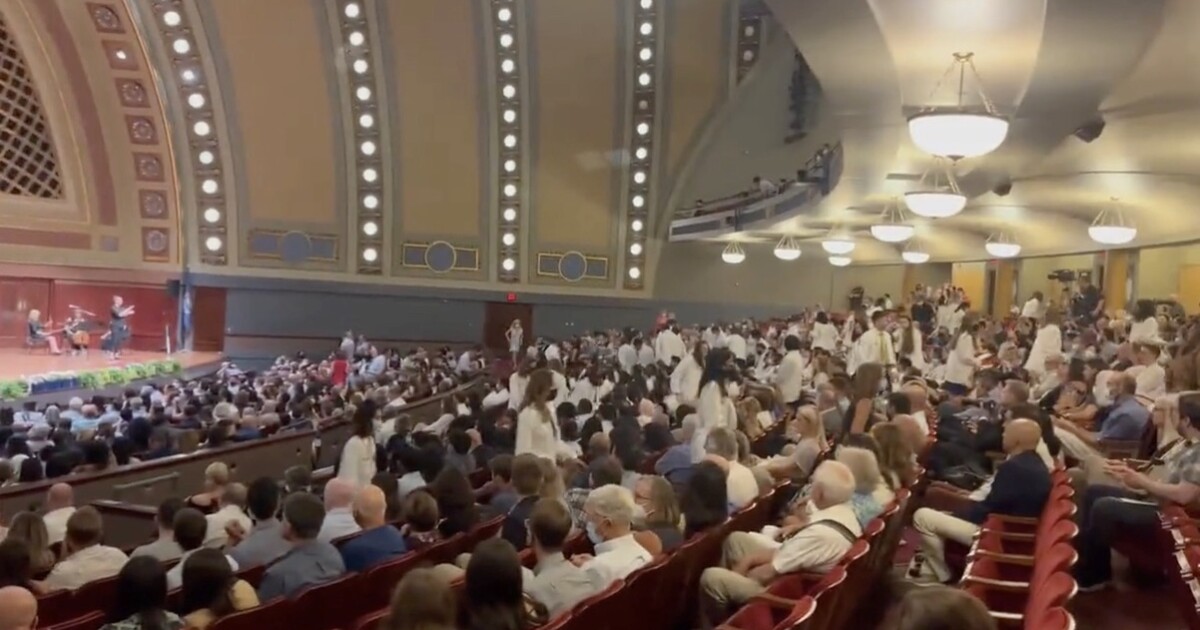 University of Michigan Medical School students walked out of the university’s White Coat Ceremony in protest of its pro-life keynote speaker.

Several dozen people can be seen leaving the auditorium in a viral video taken as Dr. Kristin Collier, a pro-life assistant professor of medicine at UMMS, approached the podium Sunday.

The video, posted to Twitter, reached more than 9 million views in less than 24 hours.

Incoming medical students walk out at University of Michigan’s white coat ceremony as the keynote speaker is openly anti-abortion pic.twitter.com/Is7KmVV811

Leading up to the ceremony, some students unsuccessfully petitioned to cancel Collier as the keynote speaker due to her pro-life position, per the College Fix.

The dean of UMMS explained in a statement that the keynote speaker would not be changed “because they have different personal ideas than others.”

“Our values speak about honoring the critical importance of diversity of personal thought and ideas, which is foundational to academic freedom and excellence,” Dr. Marschall S. Runge stated.

Before the ceremony, Collier tweeted her gratitude for the support she had received, saying she felt “so bolstered by it.”

truly grateful for the support, emails, texts, prayers and letters I’ve received from all over the world regarding the event that will happen today. i feel so bolstered by it. and for my team that have carried me daily thru this —I love you

“I want to acknowledge the deep wounds our community has suffered over the past several weeks,” Collier told the audience, referencing the controversy. “We have a great deal of work to do for healing to occur, and I hope that for today, for this time, we can focus on what matters most: coming together to support our newly accepted students and their families with the goal of welcoming them into one of the greatest vocations that exist on this earth.”

Collier’s speech, which was not political, offered advice and encouragement as the students entered their medical careers.