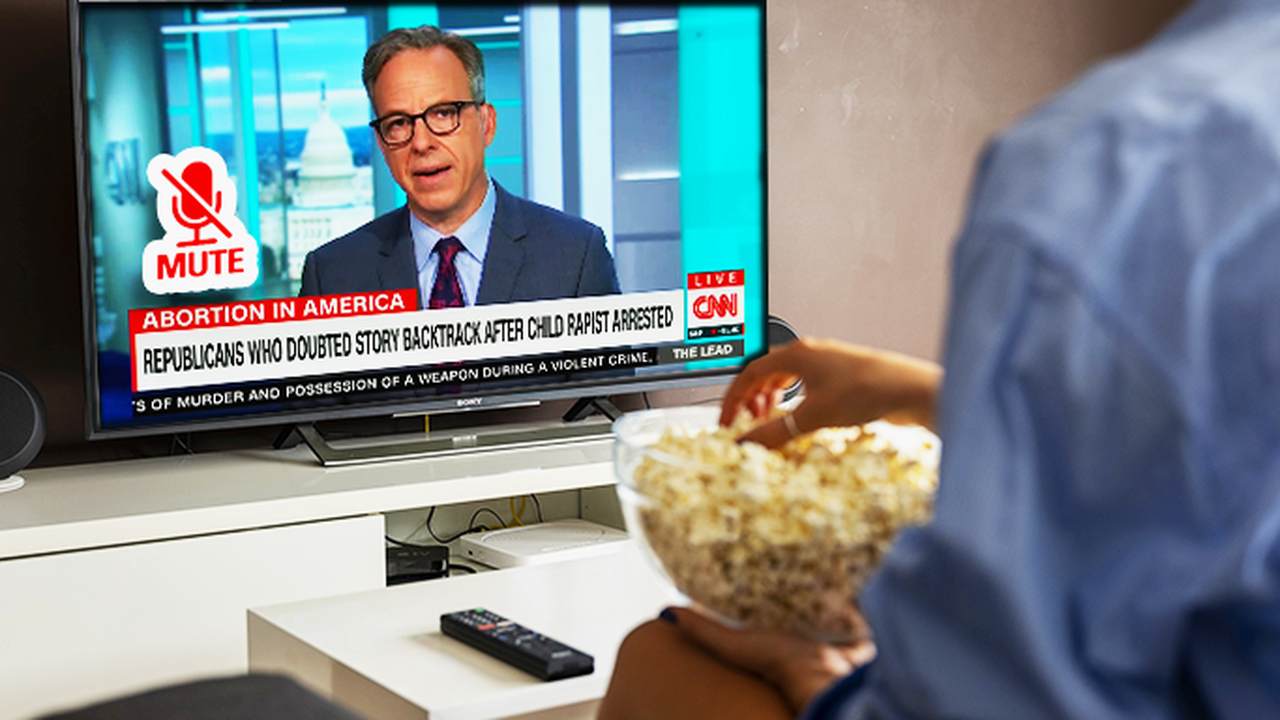 The media is our enemy and it is wonderful to finally see Republicans treating reporters as what they are – digital vermin whose sole function is to shrimp the toes of the regime. There has been a rash of media handwringing because GOP superstars like Ron DeSantis are not allowing the media access to candidates or events. At the Sunshine Summit the other week in the Free State of Florida, Ruthless Ron and his superstar comms staff simply refused to allow the mutants in. Dave Weigel, apparently back on the job after his utter humiliation at the hands of some fussy girls at WaPo, was rejected and ejected and sat outside the velvet rope away from the action.

Our boy Brian Stelter – who is a potato – was tweeting about how the GOP was not talking to reporters or coming on their shows. We can assume it is probably another attack on democracy or something. This tuber tirade should make us smile.

Republicans are getting it. Finally.

For a while, the model was that glop of human Miracle Whip Mitt Romney, who was basically ritually disemboweled by the media during his hapless 2012 candidacy but now gets media hits because he will reliably hate on actual conservatives. We’re supposed to help them with their narrative, to assist them in promoting the donkey party line, but if we become a challenge we’re back to enemy status. John Fredo Cronyn got a little good press with his gun law sell-out, but now he’s the antichrist again.

Well, maybe that’s a bad analogy, since the media hate Christians and would think that was a compliment.

The media craves the respect and cooperation due an apolitical, neutral Fourth Estate dedicated to informing the citizenry, but it also wants the fun and rewards that come with slavishly repeating every regime talking point as if it was the objective truth. You cannot have that human petri dish of a president announce that we are not in a recession even though the literal definition of a recession is two quarters of negative growth, then nod vigorously that “Yes, of course the definition is not the definition, master” and expect us not to notice and hate you.

It’s especially fun when real journalists – aka Twitter randos who bother to actually research things instead of reading Democrat press memos – dig up old tweets where the same White House ventriloquist dummies were talking about a Trump recession because of two quarters of negative growth. And it’s best of all when the media hack explains that he was wrong back then, not now. He’ll be right again after 2024 though.

Have you ever noticed how all the media mistakes always go in one direction? It’s so weird.

The Republican refusal to cooperate with the media is a welcome beginning. Remember, the only reason the media interacts with conservatives is to attempt to cause damage to the GOP. Can they lie about a position? Make up a gaffe? Call the Republican a racist? The only reason a media figure ever has interview, quote or refer to a Republican is to harm the conservative movement. So give them nothing.

The absence of the GOP in the media – no interviews, no comments, no appearances on their stupid shows – will have the effect of stripping away any pretense of balance and fairness. Now, that’s not important to us. We are based and fully understand that the media is our enemy. But normal people don’t. They need to see such overwhelming one-sidedness that they cannot deny or ignore it. We need to make the lib media race to the bottom until every talking head on MSNBC and every writer at WaPo is shouting her abortion – and his.

We want normal people who stumble upon the lib media to come to their own opinion that these people are freaks and weirdos and nothing they say has any credibility. We can yell about media hypocrisy all we want, and we should, but our complaints are much less convincing to regular people than their own experience. When normal people tune out too, the ratings and revenue drop, and the media’s influence declines.

When we retake power, we not only need to continue this process but expand it. No more White House press briefings. Record a video of administration talking points and post it on the web so any citizen can see it unfiltered. If the press has questions, they can email them in and maybe it gets an answer, maybe not. We have zero obligation to provide them a daily filmed forum for trying to make our conservative administration look bad.

“But what about the people’s right to know?” Pffft. What’s the media have to do with that?

We also need to take some further concrete steps to crush the media. NPR must be defunded. Enough subsidized propaganda for the Volvo and socialism set. And we need to rollback any tax breaks and antitrust exemptions for newspapers and such – they should pay their fair share! Also, leakers will suddenly materialize again once a Republican is in office. We need to clamp down on them and the people receiving stolen data too. Oh, and we need to leak stuff damaging to the left to conservative outlets.

Look, the media hates us and wants us disenfranchised and defeated. So, it only makes sense that we should want them destroyed utterly. Our goal needs to be nothing less than the total destruction of the alleged media. Yes, we want them to go bankrupt and we should cheer the frequent media lay-off announcements. What’s the big deal anyway – we’re not in a recession, right?

Conservatives Must Stand Together and Fight Back Against the Radical Left Looking to Destroy Our Great Country. Join Townhall VIP and Support Our Reporting. And Check Out Last Week’s Stream of Kurtiousness, Do Democrats Really Want Civil War? Because This Is How You’d Do It. And my podcast, Unredacted.

Get my just released non-fiction book We’ll Be Back: The Fall and Rise of America, but don’t forget my Kelly Turnbull series of conservative action novels set in America after a notional national divorce. The latest is The Split, but get all these action-packed bestsellers, including People’s Republic, Indian Country, Wildfire, Collapse, and Crisis! Plus, keep up the fight by joining Townhall VIP, including an extra Wednesday column, my weekly Stream of Kurtiousness video, and the Unredacted podcast!