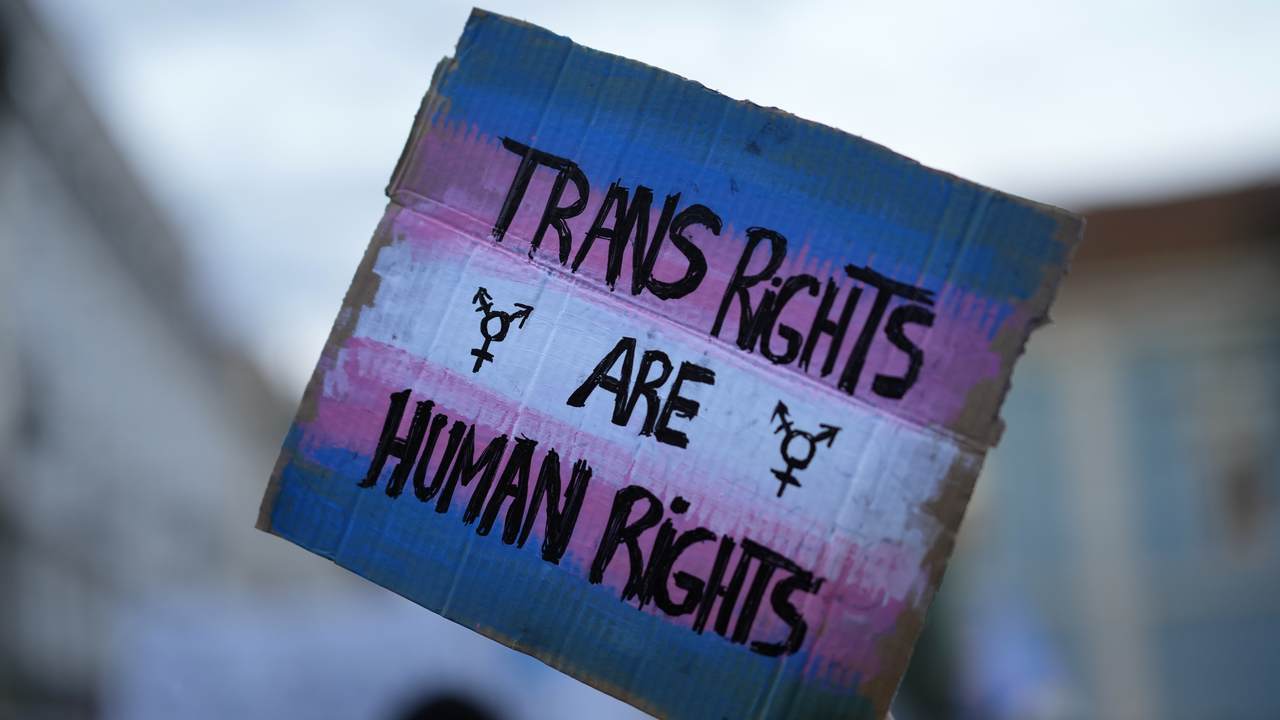 “Do you have a penis?” Julie Jaman innocently asked through a shower curtain to the person next to her at her local YMCA-run swimming pool locker room in Port Townsend, Washington. The 80-year-old had been swimming at the Mountain View community pool for the past 35 years and had never had to deal with a situation like this.

“I was showering [after a swim] and I heard a man’s voice … it was quite deep,” Jaman told Reduxx, a feminist news and opinion site. “So I looked through the shower curtain. There was a man in a woman’s bathing suit, and he was near four or five little girls who were taking off their bathing suits. He was standing there watching them.”

When Jaman complained to the pool’s manager, it was the octogenarian grandmother who felt the wrath of woke, transgender authoritarianism.

“She said, ‘You are being discriminatory, you are banned from the pool, and I am calling the police.’ I was totally stunned,” Reduxx reported.

Granny’s a bigot because she doesn’t think little girls should have to get undressed in front of a dude.

A local blog, The Port Townsend Free Press, discovered that the biological male in question goes by the name Clementine Adams, a first-year college student and employee of the YMCA.

Police were summoned and reports were filed. The reaction from the YMCA staff appears to be a bit over the top, according to the Free Press account:

The report we obtained also records calls made by someone from the YMCA who refused to identify themselves. The anonymous caller told the police that “Clementine was in the bathroom with a child in the day camp and Julie asked if she had a penis and started screaming at her to get out.” In another call, the anonymous caller said that “Julie” has “been asked to leave and is refusing.” Another call from the same person was recorded as Julie “was screaming at an employee and calling names and refusing to leave.”

After Jaman was banned from the swimming pool, she contacted Wendy Bart, the CEO of the Olympic Peninsula YMCA. She complained that there had been no signs posted warning women, little girls, and parents that a biological male was using the women’s facilities at the pool.

“We post pride signs, and we assume that lets women know what to expect,” Jaman says Bart informed her.

Apparently, the “C” in YMCA no longer stands for “Christian” and clearly stands for “corrupt.”

Jaman decided that she would take things into her own hands. She decided to stand in front of the swimming pool facility, holding a sign that reads: “Men who identify as women are using the women’s shower/dressing room.”

Jaman’s decision to announce this undeniable truth brought on a frenzy of trans rights activists who organized first on Facebook and then as a counter-demonstration right next to Jaman in front of the pool with trans rights flags.

“They said: ‘You can’t say those things. You’re being a bigot,'” Jaman told Reduxx. “They told men males can be women. I said I don’t agree with [your] ideology. I told them that in all my 80 years I had never run into this.”

This brought out protesters sympathetic to Jaman’s concerns, and a larger protest ensued. Jaman began telling her story to the gathered crowd, and the trans-rights protesters chanted, screamed, drowned her out and rushed the speaker’s area, tearing down women’s rights banners and startling the 80-year-old accidental activist.

The 80-year-old woman who was banned from her local swimming pool for raising concerns about a male in the female washroom was heckled as she gave a speech tonight.

Trans activists ripped down the suffragette flags behind her and tried to sabotage her microphone. #LetJulieSwim pic.twitter.com/LjHBFMfBHr

While the trans-rights totalitarians taunt Jaman as an intolerant, Matt Walsh-loving bigot, it’s important to note that she is a life-long Democrat who staged anti-war protests in the 60s and has spear-headed voter registration drives for the “party of tolerance.”

“It’s darn-right confusing,” Jaman told Reduxx. “I am from the old-school. I know what being discriminated is about. I know about human dignity. I marched against the Vietnam war. I know all about racial discrimination against people of color. I know about the need for tolerance … But I don’t get this.”

But this is the world we live in now. It’s the world created by the very people Jaman helped put in power in her home state of Washington and the nation’s capital of the same name.

You object to a biological male dressing in a women’s locker room? You’re a bigot.

You object to a biological male watching little girls getting undressed in a women’s locker room? You’re a bigot.

You want to warn other women and girls that a biological male is in the women’s locker room? You’re a bigot.

You call a biological a male a “biological male”? You’re a bigot.

Clementine Adams, the biological male at the center of this outrage, has only identified as a woman for a few months and is now running a GoFundMe campaign to raise money for “Bottom” surgery. I won’t be giving you the link, search for it yourself if you must see it.

Adams, identifying as a woman for less than a year, has more rights and privilege and access to the women’s locker room than Jaman, who was literally born that way.

As Jaman said, “I have been a woman for all of my 80 years. I don’t intend on changing. But it erases me. Because if that’s a woman… what am I?”

Good question, ma’am. Time to re-register and save this nation.