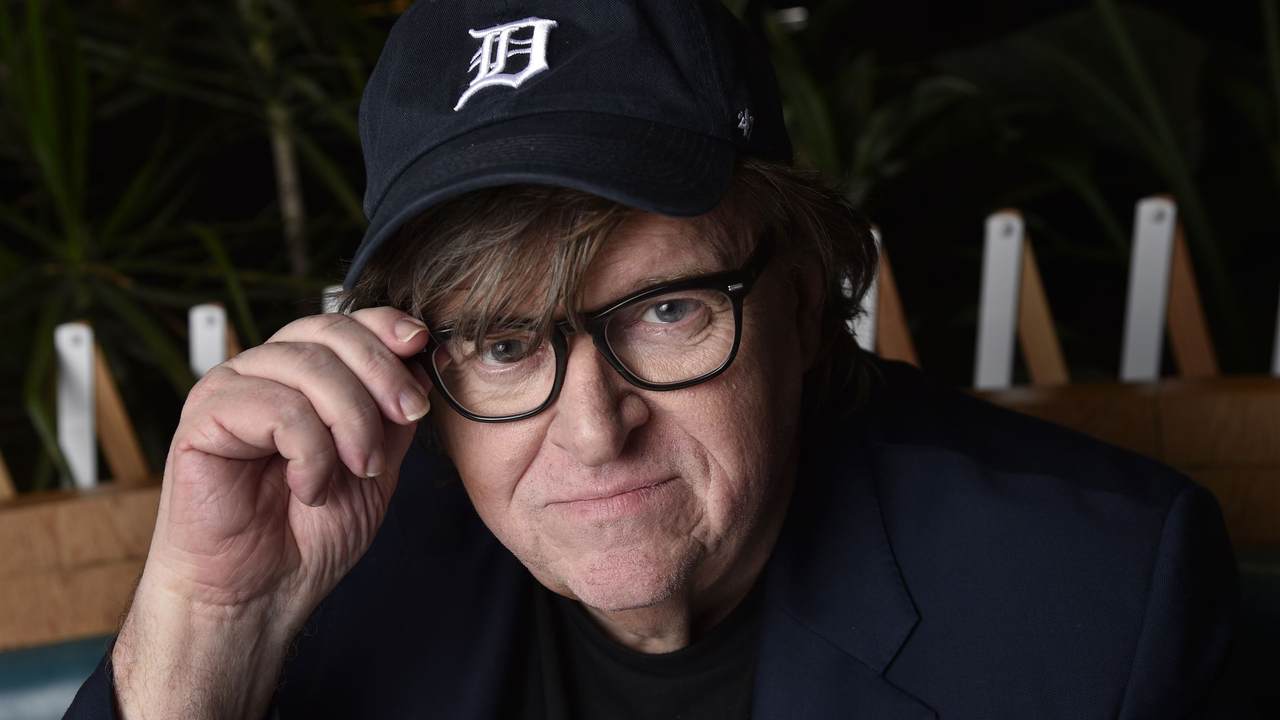 (Before we start, as someone born in Michigan I’d like to apologize to the country for my home state having spawned Michael Moore. I speak for everyone there when I say, “Sorry about that.” It wasn’t personal, it was an accident. Please forgive us and may God have mercy on our souls.)

It’s funny to watch someone who time has passed by scramble to remain relevant. Think about those people you knew in high school who never got over the popularity they had back then, still clinging to the old hairstyle or clothes. They never moved on. Michael Moore is like that with the radical left. They don’t love him anymore, at least not how they used to. As a result, he’s been reduced to internet screeds and cries for attention in a desperate attempt to get back in the good graces of goon squad he once used to command the respect of.

You almost feel bad for him, until you remember just how awful of a creature he is. This guy used to have the world at his feet – TV shows, movies, a thriving fan base. Now he has a Substack account. He’s single and has millions of dollars, but even Elon Musk and Jeff Bezos pooling their resources couldn’t make him attractive to a sighted woman.

After speaking out against Hillary Clinton in 2016, the shine came off Moore with the radical left. Then he produced a movie pointing out the hypocrisy of the environmental movement and it was not well received by the climate cultists.

Since then, Moore has mattered less and less to the left. According to his IMDB page, not only does he not have any movies in the works, he hasn’t even appeared on MSNBC since last year. Have you noticed? Not that you care, but he was always good for some sort of stupid or asinine quote when he was on TV. Have you seen him anywhere?

He did pop up this week, however, online anyway.

On his Substack page, the bloated communist posted “My Declaration.” (I’m not going to link to it because why give him the traffic?) In it, Moore tries to out-woke the left-wing mob to recapture some of his previous glory.

“I refuse to live in a country threatened by white supremacy — and I’m not leaving. So we‘ve got a problem,” he declares. So brave to preach to the choir that way, isn’t he?

He wasn’t done. Moore continues, “I cannot in good conscience continue to receive the privileges of ‘full citizenship’ in this land when all of its women and girls have now been, by Court decree, declared official second-class citizens with no rights to their own bodies and conscripted to a life of Forced Birth should they fall pregnant and not want to be.” He never says what “full citizenship” rights he’s going to forego because he’s just tossing a word salad.

Then comes, “I demand an end to the mass incarceration of Black Americans, an end to police shooting Black people, and I demand that reparations be made to the Black community for all they currently have to suffer and endure.” The fat, white savoir comes rolling in to protect minorities incapable of taking care of themselves! The only thing more effective than Viagra for Mike is a black man being shot by police, even if the black man shot first. The more than double number of white people killed by police each year are saltpeter.

Moore then insists he’s going to “help to organize a massive Get Out The Vote drive amongst the millions who follow me on social media, listen to my podcast, and read my Substack column.” You can’t help but laugh; who else does he think anyone who follows him – especially anyone dumb enough to pay for the privilege – is going to vote for?

Mike is talking to drones, however, and drones aren’t known for their ability to think, and they certainly aren’t rewarded for it.

He says he “will not shut up about” abortion until it’s enshrined in the Constitution. “If you invite me to dinner that’s all I’m gonna talk about. Have me over to your party and it’s going to be, “Dobbs, Dobbs, and more Dobbs!” And I won’t stop until Roe is reinstated and 51% of Congress is female,” he writes. There are few less pathetic ways to get a date, though who the hell is going to invite this guy to their party?

Moore concludes by pledging to “help lead a national strike, in whatever form it needs to take, and if we want to see immediate change, watch what happens when we shut down even 10% of the country.” With Joe Biden’s inflation, how many people are going to risk their ability to afford food, gas, and rent to march with a guy worth $30 million who lives in a lake-front mansion on Lake Michigan he’d have you arrested if you got within shouting distance of?

Will this cry for attention work? Doubtful. The suckers he already has will fall of anything he shovels, and the people who are done with him have already discovered his word is about as good as his pledge to sue anyone who took to task his propaganda in the past. Christopher Hitchens dared Moore to do just that and he didn’t.

This poor bastard is desperate to matter again. You didn’t think he put himself in every one of this “documentaries” because he didn’t love the limelight, did you? But Michael Moore doesn’t matter anymore, a victim of the cancer he helped unleash on the country he hates. Frankenstein’s Monster always returns to destroy the castle he was made in, and that’s what has happened to him. It couldn’t happen to a more deserving guy.