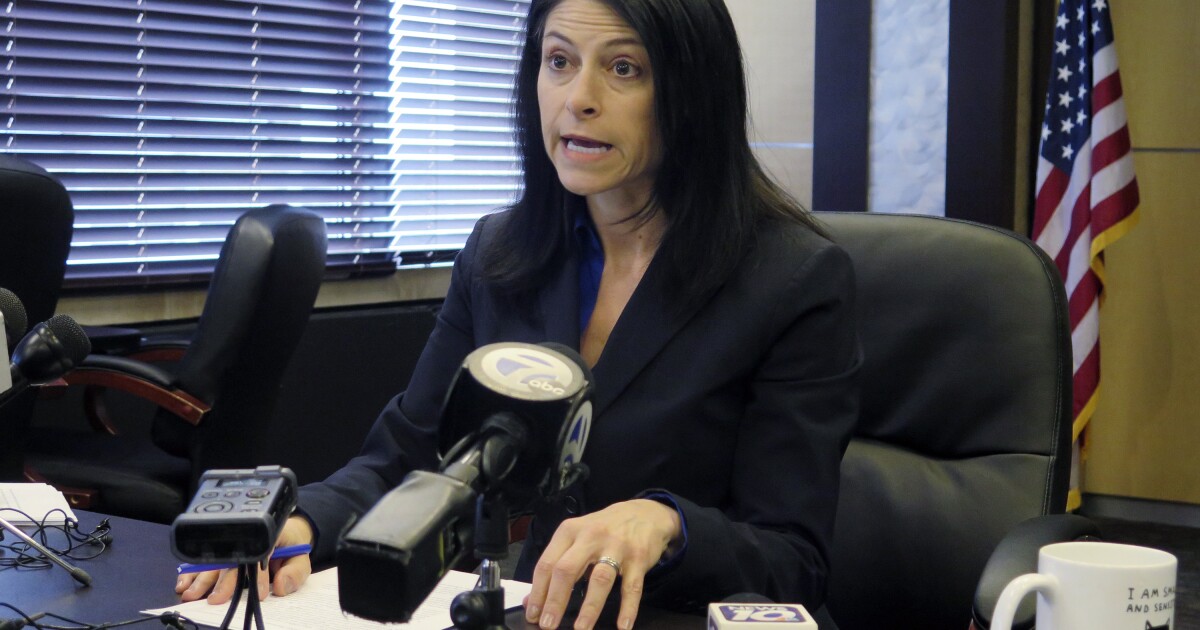 Michigan’s attorney general called for a special prosecutor to investigate her Republican opponent, claiming there is evidence that he was tied to a scheme to seize and tamper with voting machines illegally, according to court documents.

Attorney General Dana Nessel filed a petition for a special prosecutor to the Michigan Prosecuting Attorneys Coordinating Council after she said she stumbled upon evidence that her opponent, Matthew DePerno, and two staff members were part of a voting machine scheme in the 2020 election. Her investigation looked into security breaches of voting machines and tabulators in several Michigan counties, according to Politico.

The petition, filed Friday, was aimed at avoiding any indications of a conflict of interest due to DePerno’s ties to the breaches, according to Nessel.

“When this investigation began there was not a conflict of interest. However, during the course of the investigation, facts were developed that DePerno was one of the prime instigators of the conspiracy,” the petition said.

DePerno was at an Oakland County hotel at the time that tabulators in the town were tampered with, according to the petition. He has been a strong advocate that the 2020 election was stolen from former President Donald Trump, earning the former president’s support in his bid to become Michigan’s next attorney general. The incident is just one of four security breaches being investigated.

The candidate denied the accusations in a tweet Sunday night, claiming Nessel was attacking democracy.

“This is a complete absurdity that shows the tactics of the institutional left,” DePerno’s team tweeted. “Matt DePerno looks forward to defeating her and bringing back order to this office in November.”

Attempting to obtain undue possession of a voting machine used in an election is a five-year felony in the state of Michigan.

DePerno is expected to receive the GOP nomination for attorney general later this month after winning his primary election in April.