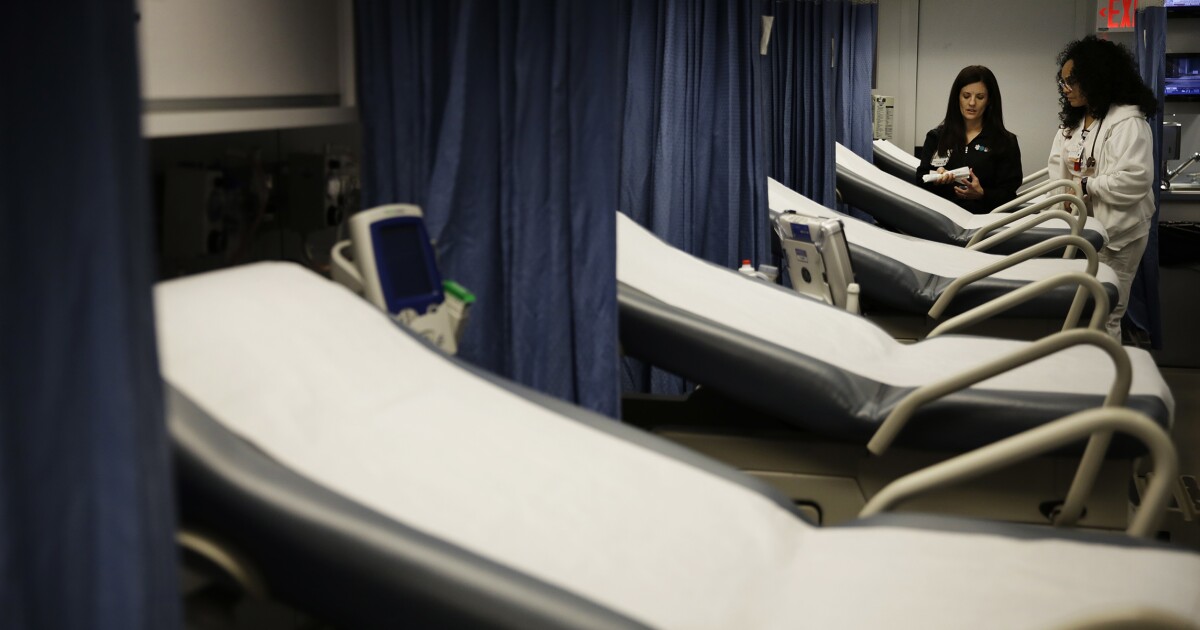 Two Michigan hospitals have expanded their bed capacities with approval from state health regulators as they deal with a surge in respiratory syncytial virus, or RSV, COVID-19, and flu cases among children.

The Michigan Department of Health and Human Services greenlighted emergency requests from Helen DeVos Children’s Hospital in Grand Rapids to add 48 beds and OSF St. Francis Hospital & Medical Group in Escanaba to add 24 beds as the hospitals anticipate that high patient volumes could continue for weeks to come as flu cases begin to rise nationally.

“DeVos Children’s Hospital, like pediatric hospitals across the country, is surging with children who are sick with RSV, respiratory syncytial virus. Combined with cold and flu season and COVID-19, we expect the current RSV surge could last for many weeks,” Corewell Health, which owns DeVos Children’s Hospital, said in a statement obtained by Fox 17. “To meet the demands of children who are sick now and could become ill in the coming weeks, we are seeking emergency Certificate of Need approval from the State of Michigan.”

DeVos Children’s Hospital had already taken several measures to expand bed capacities, doubling up patients in single rooms and in some cases putting families with more than one sick child into the same room.

Across Michigan, more than 90% of pediatric intensive care unit beds are currently occupied with 85% of hospitals statewide reporting as of Wednesday, according to state data.

Many hospitals began to see a surge in RSV cases, a common respiratory illness, in late September, earlier than previous years and particularly among young infants experiencing severe breathing problems. An increase in RSV cases, coupled with an early uptick in flu cases, especially in the South, have overwhelmed children’s hospitals plagued with staffing shortages in the past several weeks.

The American Academy of Pediatrics and the Children’s Hospital Association have urged the Biden administration to issue a national emergency declaration in light of the strain on hospitals, which would give medical facilities more flexibility to manage the influx of patients and free up federal resources.