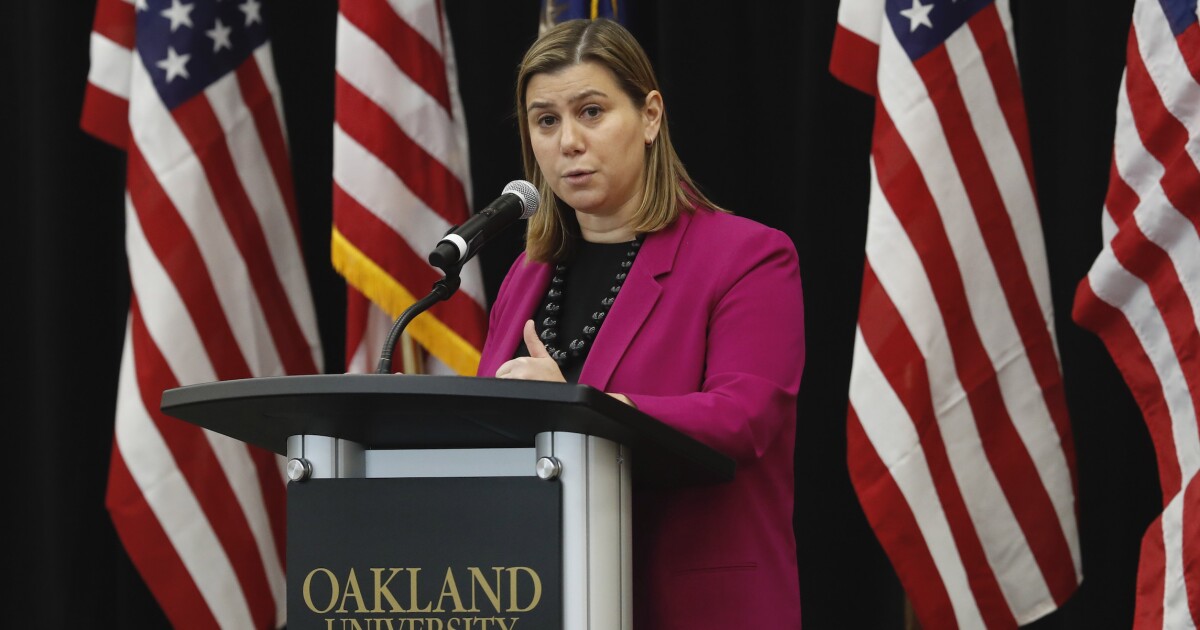 Rep. Elissa Slotkin (D-MI) is running for reelection side by side with Barack Obama, and George W. Bush — metaphorically, at least — with both former presidents featured prominently in the congresswoman’s first television advertisement.

Slotkin is in a dogfight in Michigan’s newly configured 7th Congressional District, a swing seat with a slight but distinct Republican edge. To overcome that partisan disadvantage and hold on in a midterm election shaping up as a GOP wave, Slotkin, first elected in 2018, is using her first television ad to tout her bipartisan credentials, emphasizing her service in the Central Intelligence Agency under two presidents: Bush, a Republican, and Obama, a Democrat.

“Representing Michigan is the most important thing I’ve ever done,” Slotkin says in the 30-second spot, talking straight-to-camera. “As a CIA officer, I was proud to work with two presidents, one from each party. And, I served three tours in Iraq alongside our military. I approve this message because I refuse to let partisan politics hold this country back.”

The Slotkin ad is notable for two reasons in particular. First, President Joe Biden is nowhere to be seen. Second, there was a time in the not-so-distant past when it was politically verboten for Democrats to suggest anything positive about Bush. Even many Republicans did not want to be seen with a president who presided over two Democratic wave elections, in 2006 and 2008, and left office soon after with abysmal job approval ratings.

The ad is running in the Lansing media market on broadcast and cable television and on digital and smart television and streaming platforms such as Roku and Amazon Fire TV, among others. The Slotkin campaign declined Tuesday to divulge how much money was being spent on this initial buy or when the campaign might expand to the Detroit media market but emphasized that this is just the beginning of the television portion of its battle plan.

If Republican polling is accurate, Slotkin’s messaging and decision to go on the air four months before Election Day is a smart strategy.

Biden’s job approval rating was 36% in a mid-June poll conducted for the National Republican Congressional Committee, with the GOP leading Democrats on the generic ballot 50% to 39%. That Slotkin was losing narrowly to Republican challenger Tom Barrett, 46% to 44%, no doubt also caught the eye of the congresswoman’s campaign team. Politico first reported news of the poll.

Democrats say that Slotkin’s emphasis on bipartisanship in her first campaign ad reflects how she’s voted on the House floor — even if the message in the spot also happens to make sense based on the partisan leaning of Michigan’s 7th Congressional District and the political atmosphere of the 2022 election cycle.

Slotkin has twice voted against House Speaker Nancy Pelosi (D-CA) in floor votes held to elect the speaker of the House, in January 2019 and January 2021. And the congresswoman is ranked in the top 10 of bipartisan lawmakers in Congress by the Lugar Center. Slotkin was ranked ninth.