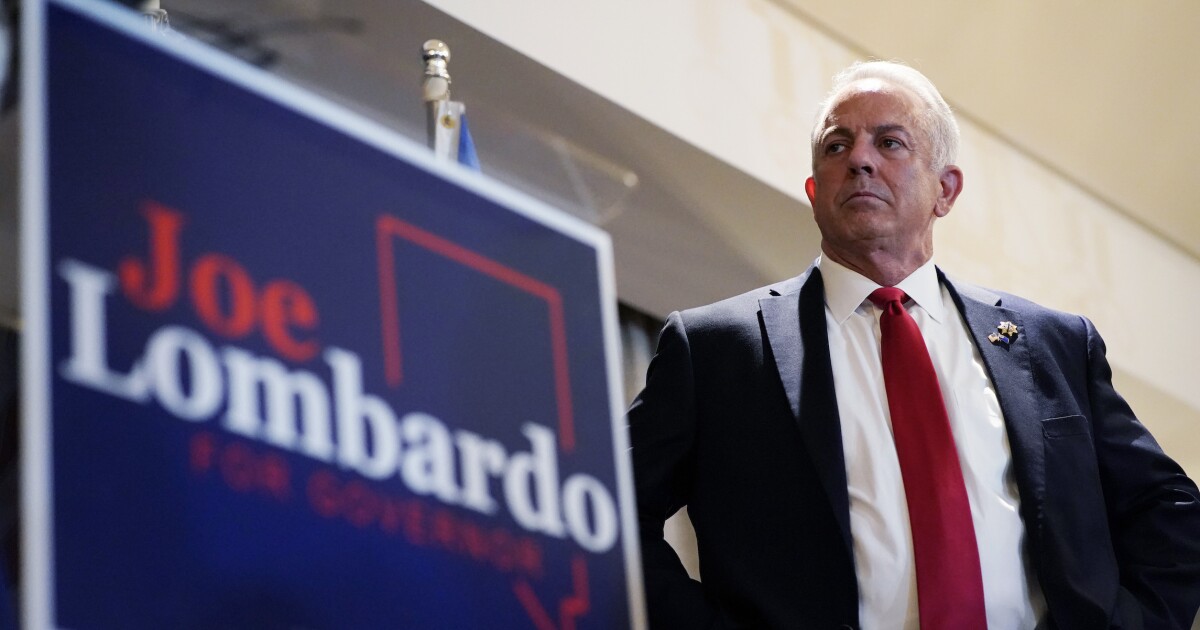 Governor races are staples of midterm elections, with 36 state chief executive offices up every four years. Still, they often take second billing to contests for the Senate and the House, where the majorities stand a chance of switching practically every election cycle.

But in 2022, gubernatorial races are not wanting for attention.

Gubernatorial contests are among the highest profile of the midterm election roster. Like races for attorney general, secretary of state, and state supreme court seats, governors will play a vital role in the logistics of the 2024 presidential race. Governors’ signatures are required to send Electoral College vote tallies to Congress after a presidential election. It’s usually a formality, but in 2021, it became a flashpoint that led to violence at the Capitol on Jan. 6, when supporters of defeated President Donald Trump tried to stop certification by Congress of then-President-elect Joe Biden’s 306-232 Electoral College victory.

Abortion also looms prominently in gubernatorial races. The Supreme Court’s June 24 Dobbs v. Jackson Women’s Health Organization decision, effectively making abortion law a state concern, means there could be dramatically different policies in place on the longtime hot-button social issue depending on who gets elected governor. In Pennsylvania, for instance, Democratic nominee Josh Shapiro, his state’s attorney general, has made support for abortion rights a central theme of his race against Republican rival Doug Mastriano, a state senator who has said the procedure should be illegal in virtually all instances.

“After the Dobbs decision, abortion has become a huge issue across the country. Governors are the last line of defense and the first line of progress. We’ve seen in races across the country, including Michigan, Arizona, and Wisconsin, Republicans have taken extreme stances that are out of step with the electorate,” said David Turner, communications director for the Democratic Governors Association, told the Washington Examiner.

Republican governors, meanwhile, tout their work combating the Biden agenda amid the president’s lackluster approval rating and political headwinds facing Democrats in the midterm elections, in which the out-of-power party usually picks up seats. That’s bad news for Democrats since the party holds the White House and majorities in the Senate and House, though by razor-thin margins in both chambers.

“Whether you’re a parent seeing your grocery bill skyrocket or a young family struggling to keep up with the costs of a baby or a senior who’s seen your savings deplete, inflation and Democrats’ failures on the economy are front of mind for every voter,” Joanna Rodriguez, a Republican Governors Association spokeswoman, told the Washington Examiner. “And instead of working to address the problem sincerely, Democrats have decided to just pour gasoline on the fire with more spending and higher taxes.”

“They’ve been able to talk about their records of cutting costs for families,” said Turner, of the Democratic Governors Association.

“Resources at every level of government are being drained because of the Biden administration’s failures at the southern border, but it’s not just border states paying the price,” said the RGA’s Rodriguez. “The record amounts of fentanyl and drugs flowing over the border into communities across the country is unprecedented, and Republican governors refuse to stand by and watch Americans die because Joe Biden and Democrats in Washington refuse to act. Governors are utilizing state resources in new and innovative ways, they’ve offered to meet with the president, and even after he ignored them, the governors still put forward policy solutions they knew would relieve the situation.”

Gubernatorial races also draw attention because they differ from federal races in issue set, campaign texture, spending rules, and other areas. It’s not uncommon for states that tilt to one party or the other to elect members of the rival camp as governor because the job is seen as a more technocratic, get-things-done role.

“It’s considered incredibly difficult to defeat incumbent governors, but right now, Americans are living with the repercussions of Democrats’ failures in Washington and at state capitols every day, so it’s easy to see why the most vulnerable incumbent governors are in fact all Democrats,” Rodriguez said. “Each of these candidates has failed their states on issues that not only resonate nationwide but also play a unique impact in the culture and quality of life in their states: from crime in Wisconsin, Nevada, Oregon, and New Mexico to education in Kansas and Maine. Voters in blue states are seeing the success and growth of red states and realizing the only thing holding back their own state is their Democrat governor.”

Democratic strategists and consultants counter that they’re the ones on the offense heading into Nov. 8. And under the right circumstances, they have a chance at overturning Republicans’ 28-22 edge in governorships — or at least tie, with 25 Democratic governors and 25 Republicans.

Here are five of the most competitive gubernatorial races in 2022.

ARIZONA. The governor’s office is coming open because Republican Doug Ducey is retiring due to state term limits. Kari Lake, who was a television news anchor on Phoenix station KSAV for 22 years, won a contentious Republican primary to nab the GOP nomination. Lake is a vocal proponent of Trump’s claims that the 2020 election was rigged despite no evidence surfacing to that effect.

The Democratic nominee is Secretary of State Katie Hobbs, a former state senator and social worker. Hobbs is running as a nonpartisan problem solver who is willing to cross the aisle. Still, her role as secretary of state, which oversees elections, has become a focal point of the campaign. Multiple reviews have shown a clean and sound 2020 election in Arizona, where Biden beat Trump by less than 11,000 votes. Lake and state Republicans don’t accept those findings. That makes the race unusual in that a key area is less about the current gubernatorial contest and more about looking back to the events of late 2020.

KANSAS. Democratic Gov. Laura Kelly is seeking reelection in what is otherwise a strongly Republican state. Kansas has voted for GOP presidential nominees from 1964 on and hasn’t sent a Democrat to the Senate since the 1932 elections. Kelly casts herself as a nonideological pragmatist. “As governor, Laura Kelly fulfilled her promise to be a moderate leader who would put Kansas back on track after years of fiscal mismanagement, harmful budget deficits, and underfunded schools,” Kelly’s campaign website says.

Kelly’s Republican opponent is Kansas Attorney General Derek Schmidt, a former state senator and a congressional aide. Schmidt also is steering toward the middle ahead of the Nov. 8 election. Schmidt has said he respects the Aug. 2 Kansas vote on abortion, which decisively rejected a proposed amendment to the state constitution to allow the Republican-controlled legislature to restrict or ban the procedure.

Kelly is the only Democratic governor running for reelection in 2022 from a state carried by Trump in 2020. Many Republicans still anticipate that frustrations with high inflation and red-state opposition to Biden will boost Schmidt’s chances of winning in November.

NEVADA. Democratic Gov. Steve Sisolak is betting Silver State voters like his brand of business-friendly progressivism. The governor’s race is one of several competitive Nevada contests this year, along with Democratic Sen. Catherine Cortez Masto’s reelection bid and three of the state’s four House races, where Democratic incumbents are trying to hold on.

Sisolak has earned the endorsement of the Vegas Chamber, a powerful business group in Las Vegas. Sisolak faces Republican nominee Joe Lombardo, who is Clark County sheriff. Lombardo in his gubernatorial campaign is leaning into education policy. Lombardo has thrashed Sisolak on education, criticizing him on school safety, curriculum claims, and pandemic-era school closures while pushing for “parents’ rights.”

OREGON. The usually blue Pacific coast state, which hasn’t elected a Republican governor since 1982, has a three-way race on its hands. Republican contender Christine Drazan in polling has been running strongly against former state House Speaker Tina Kotek, a Democrat, and former state Sen. Betsy Johnson, an independent.

Despite Oregon’s blue tilt, Democratic Gov. Kate Brown has been unpopular and is leaving office due to state term limits. Oregon’s largest city, Portland, endured a 65% uptick in homicides last year relative to 2020, per the Portland Police Bureau. The city experienced heightened unrest during the summer of 2020 as protests in the wake of the police killing of George Floyd swept the nation.

But eyeing Drazan’s surprisingly strong performance in Oregon, national Republican groups have begun pouring money into the race, hoping to score an upset victory. Kotek and other Democrats have hammered back at Drazan for her calling herself “pro-life” on abortion. Drazan has reassured voters that she wouldn’t try to pass restrictive measures to curb abortion if she were to win.

Partisan bickering, meanwhile, has left an opening for Johnson, who was a Democratic state senator and state representative before going the independent route.

WISCONSIN. The Badger State features a barnburner of a governor’s race that could have profound implications on the 2024 presidential contest and beyond. Democratic Gov. Tony Evers is running for a second term against Republican Tim Michels, a construction company executive.

Evers, the former state superintendent of public instruction, is outwardly a low-key politician with a bespeckled, academic bearing. But that can hide a fierce competitive instinct that will come in handy in one of the country’s most competitive states.

Wisconsin in the 2016 presidential race, along with Michigan and Pennsylvania, was part of the “blue wall” that crumbled, going Republican for the first time since 1988 and handing Trump the presidency. Democrats have since clawed back some political ground in a state evenly divided between the parties. Evers in 2018 beat GOP Gov. Scott Walker, and in 2020, Biden won back Wisconsin for Democrats, along with Michigan and Pennsylvania. But Wisconsin remains highly competitive.