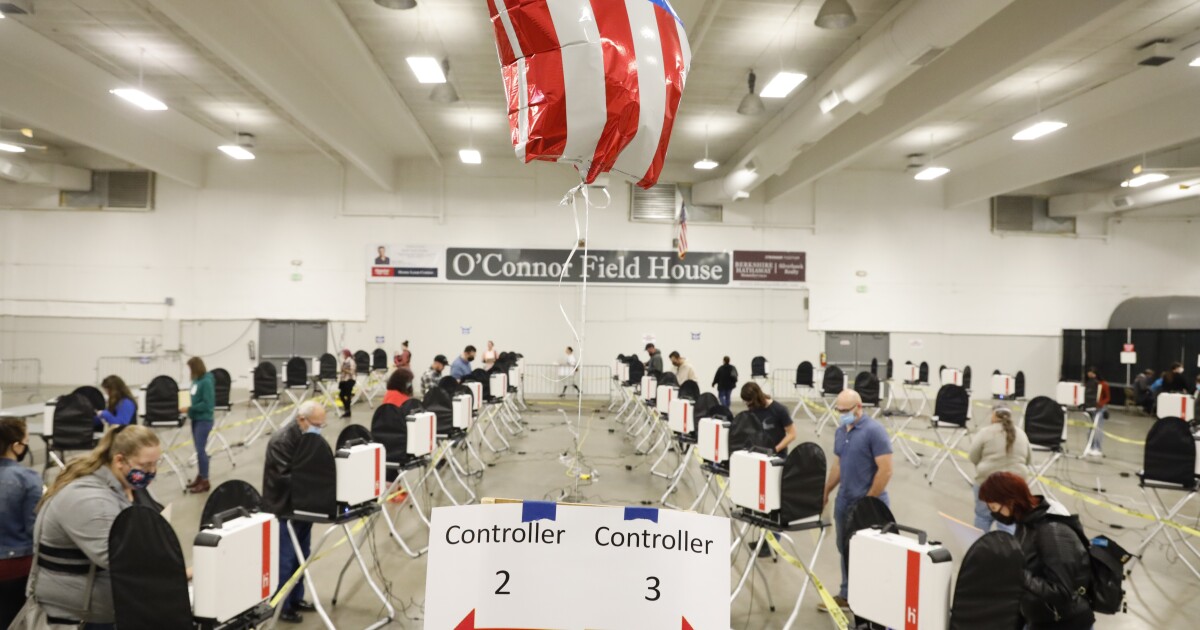 As the country inches closer to Election Day, voters are homing in on issues that may decide the fate of Congress and several state governments in November.

Below, you can track the interest in Idaho in each of our key issues on a rolling 30-day basis. The Washington Examiner will be updating this page as interests and voting concerns change.

Idaho has a handful of midterm elections on the ballot in November, including one Senate race and the race for governor.

Sen. Mike Crapo (R-ID) is seeking reelection against Democrat David Roth, vying to be the state’s second-longest-serving senator in office from Idaho if he wins in November. The race is expected to lean heavily Republican, offering the GOP a reliable win as it seeks to gain control of the upper chamber in November.

Further down the ballot, voters are set to vote for their next governor as Gov. Brad Little is seeking reelection against a challenge from Democrat Stephen Heidt. Additionally, Republicans Phil McGrane and Raul Labrador are both running unopposed for secretary of state and attorney general, respectively.

Crime emerged as one of the top issues among Idaho voters over the last 30 days, experiencing several spikes in interest before coming in at No. 1 as of Oct. 22, according to internet searches recorded and analyzed by Google Trends.

Crime has emerged as a top voter priority nationwide, with 60% of voters saying violent crime is a “very important” issue, ranking behind only the economy and gun policy, which are not included in the Washington Examiner’s analysis.

Republicans have sought to paint Democrats as too “soft on crime” throughout the midterm cycle, and the GOP may have an advantage because it is typically considered better at handling crime, according to a Washington Post-ABC News poll from April. That is a shift from previous sentiments that both parties are capable of handling crime.

Inflation was another top issue among Idahoans in October, seeing a sudden rise in interest on Oct. 21 and becoming the second-most researched issue as of Oct. 22.

Internet searches related to inflation spiked a number of times over the last two weeks, experiencing a surge of interest on Oct. 11, 13, and 18, according to Google Trends. Those spikes in interest are likely due to the latest report by the Bureau of Labor Statistics that was released on Oct. 13, the final report before Election Day.

Inflation clocked in at 8.2% for the 12 months ending in September — higher than expected and defying the Federal Reserve’s aggressive interest rate hikes. Stocks immediately took a hit after the report was released. Futures of the Dow Jones Industrial Average were down some 500 points just minutes after the report’s release. The S&P 500 was off by about 2%, and the tech-heavy Nasdaq composite plunged nearly 3%.

Education was another top issue among Idaho voters, spiking a number of times to top the list throughout October before falling to No. 3 as of Oct. 22.

Internet searches related to education peaked on Oct. 3, spiking again two weeks later on Oct. 19, mirroring nationwide trends that saw the issue receive renewed interest over the last three months, likely coinciding with the beginning of the school year. Other spikes in interest may be due in part due to the announcement of President Joe Biden’s student loan forgiveness program that was unveiled on Aug. 24.

Taxes were another highly researched issue over the last 30 days, spiking a number of times throughout the month of October before tapering off after Oct. 19.

Internet searches related to taxes spiked twice, on Oct. 6, 14, and 19 in tandem with education searches, likely having to do with Biden’s student loan forgiveness plan providing relief to up to 43 million borrowers. The forgiveness plan described parameters for who would be eligible for student loan cancellation, noting borrowers will need to earn under $125,000 individually or $250,000 as a household.

The rise in tax-related internet searches in relation to student loan forgiveness comes after some states announced that borrowers may be taxed. Idaho is one of the few states to announce borrowers will be exempt from paying taxes on their loan forgiveness.

Abortion was a relatively low-researched topic among Idaho voters over the last 30 days, experiencing two spikes in interest on Oct. 6 and 10.

The issue has emerged as a focal point of the Idaho Senate race, with Crapo and Roth taking opposite stances on the issue. While Crapo says the issue should be left up to the states, Roth has argued abortion laws should be universal nationwide.

Under a new state law that took effect in August, abortion is completely banned in Idaho with exceptions for rape, incest, or risks to the patient’s life.