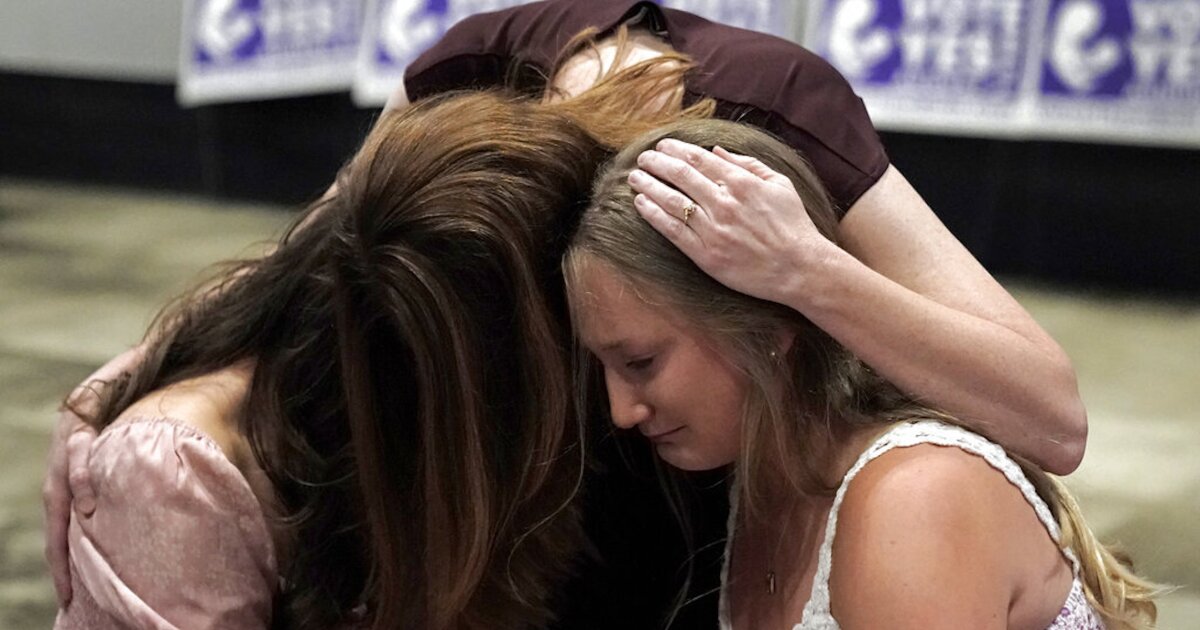 What’s the matter with Kansas?

You might recall the 2004 book by journalist Thomas Frank. It made waves for exploring why voters in the heartland were rejecting liberal policies ostensibly beneficial to them and their families — and increasingly voting Republican for local, state, and especially federal office. Over time, GOP victories in states like Kansas became, with occasional exceptions, a sure thing, leaving Democrats to scratch their heads and wonder what they were doing wrong.

But 18 years later, it might be Republicans asking that titular question.

On Tuesday, voters in this culturally conservative red state, which chose then-President Donald Trump over now-President Joe Biden 56.2% to 41.5% in 2020, rejected a ballot initiative to remove abortion rights protections from the state constitution. It wasn’t even close, with votes against Constitutional Amendment 2 defeating those in favor 59% to 41%. This, on a primary election day, in an election cycle in which Republicans are riding a growing electoral wave and whose base is more enthusiastic about showing up and pulling the lever than are grassroots Democrats.

“This is a [expletive] earthquake,” a Republican operative with Kansas ties told me, requesting anonymity to speak candidly. “This was put on [the] primary ballot to ensure victory.” This Republican insider worries that the battle over abortion has awakened apathetic Democratic voters poised to sit on their hands this fall because they are disappointed with Biden’s and their party’s leadership on Capitol Hill.

“The size of the defeat is what’s shocking here,” this operative continued, fretting that the outcome suggests Amanda Adkins, the Republican challenging Rep. Sharice Davids (D) in the newly configured 3rd Congressional District, a suburban Kansas City swing seat, could face a much tougher race than initially anticipated. “She could be [a] casualty of this,” this individual said. “I wouldn’t put [a] dime on her race right now.”

Democrats heralded the results as fresh evidence that a Republican takeover of Congress on Nov. 8 is far from guaranteed despite the thin five-seat majority they are defending in the House and Senate control that rests on 50 seats and Vice President Kamala Harris’s tiebreaking vote. Why were they so heartened by the results, other than the win? Helen Kalla, a spokeswoman for the Democratic Congressional Campaign Committee, highlighted the following statistics:

Democrats also feel warm and fuzzy about this stat:

Biden won just five Kansas counties in 2020. But Tuesday, Amendment 2 fell in 19 counties while outperforming the president’s 41.5% from 2020 by 17.5 points. This happened partly because voter registration among women increased in the aftermath of the Supreme Court’s June 27 ruling in Dobbs v. Jackson Women’s Health Organization that overturned Roe v. Wade. But it also was a function of turnout. Voters motivated by the loss of federal protections for abortion rights showed up when they otherwise might not have.

If Democrats can bottle that and sell it this fall, they might stem midterm losses. Don’t bet it, Kansas Republicans assured me. They argue the peculiarities of the Amendment 2 campaign always made the initiative a tough sell from the get-go. How so? For one, it was difficult to understand, and voters tend to reject confusing ballot initiatives regardless of their position on the underlying issue being addressed. Plus, a sizable percentage of voters walked into the booth, voted down Amendment 2, and walked out, meaning zero coattails for Democratic candidates.

“There was no enthusiasm on the pro-life side,” said Matt Schlapp, chairman of the American Conservative Union and a Wichita native. He said Amendment 2 was too benign. Had the initiative been an aggressive anti-abortion bill that outlawed the procedure once a fetal heartbeat is detected, Schlapp said, it might have won. He said a future campaign is likely to succeed as Kansas voters grapple with their state affirming abortion rights and attracting people from states with stringent restrictions other than to save the mother’s life.

But one veteran Republican strategist in Kansas I spoke to offered his party a cautionary tale and Democrats a glimmer of hope — if not for this year, at least for the 2024 presidential contest — but first, some important context.

In a recent conversation I had with a national Republican pollster, he told me focus groups and survey data on abortion have convinced him the GOP can be competitive on the issue. But, this pollster emphasized, that’s only in instances in which Republicans support “reasonable” restrictions, such as banning late-term abortions, while making allowances for rape and incest. Multiple red states that have banned abortion post-Dobbs have declined to approve such carveouts, making exceptions only for the life of the mother.

In a presidential contest in which Supreme Court nominations are salient, and after a time of (likely) Republican governance in at least one chamber of Congress plus the realities of life in the United States with strict abortion bans driven by the GOP in red states, the issue could boost Democrats in key battlegrounds, which gets me back to the veteran Republican strategist in Kansas. When I asked this operative why Amendment 2 tanked so badly (proponents expected it to lose, just not by 16 points), this is what he said:

“Kansans are basically pro-life with exceptions, and the no side sufficiently convinced Kansans, probably correctly, that this amendment would lead to a total abortion ban. With Roe in place, there was always that backstop, so the pro-life movement was just pushing for restrictions like a partial-birth abortion ban, no taxpayer funding, no late-term [abortions], parental consent — all stuff Kansans largely support.”

Now, to the field…

But unlike 2018 and 2020, when James mounted underdog bids for Senate, this time, he is running for a House seat for which his odds of victory are considerably better. Not only is James seeking office in an election cycle with the political winds definitively at his back, a first for him, but he is also campaigning in a seat configured to elect Republicans.

That should give James, a businessman and military combat veteran, the advantages he needs to defeat Democrat Carl Marlinga and help Republicans add to their growing ranks of black lawmakers in Congress.

Pennsylvania. The Pennsylvania Supreme Court this week upheld universal mail-in voting. The ruling is sure to upset Trump, who claims this voting method enabled Biden to “steal” the election from him in 2020.

At the very least, Trump supporters argue, universal mail-in voting in Pennsylvania is plainly prohibited by the state constitution, making Biden’s victory there in 2020, which relied heavily on mail-in voting, a form of “legal” theft. But the high court in Pennsylvania ruled that while the commonwealth’s constitution does detail the specific instances in which mail-in voting is to be allowed, there was nothing unconstitutional about the decision made by the GOP-controlled legislature and Gov. Tom Wolf (D) in 2019 to approve legislation creating universal, no-excuses mail-in voting.

The law, Act 77, was not controversial at the time. Only later, in the middle of the coronavirus pandemic, when Trump began complaining Biden would use mail-in voting to steal the election from him, did Republicans, including those who approved the Pennsylvania law, turn on mail-in voting.

2024 watch. South Dakota Gov. Kristi Noem (R) is headed to Nevada for the seventh annual “Basque Fry.” The Silver State votes fourth on the Republican presidential nominating calendar, and over the years, the midsummer Basque Fry in rural northern Nevada has become a must-stop for aspiring GOP presidential contenders.

To wit, the roster of speakers for the Aug. 13 event includes Sen. Ted Cruz (R-TX) and Nebraska Gov. Pete Ricketts (R). Noem, who is out with a new book, Not My First Rodeo: Lessons from the Heartland, regularly insists she is not interested in running for president in 2024, saying she plans to endorse Trump if he runs. Noem is running for reelection this fall, so that’s what she might be expected to say.

But the governor’s national travel to such events as the Basque Fry, plus digital advertising she is running in key early primary states Iowa, New Hampshire, and South Carolina, tell a different story. The Basque Fry, founded by Republican Senate nominee Adam Laxalt, is now run independently of him by supportive political operatives.