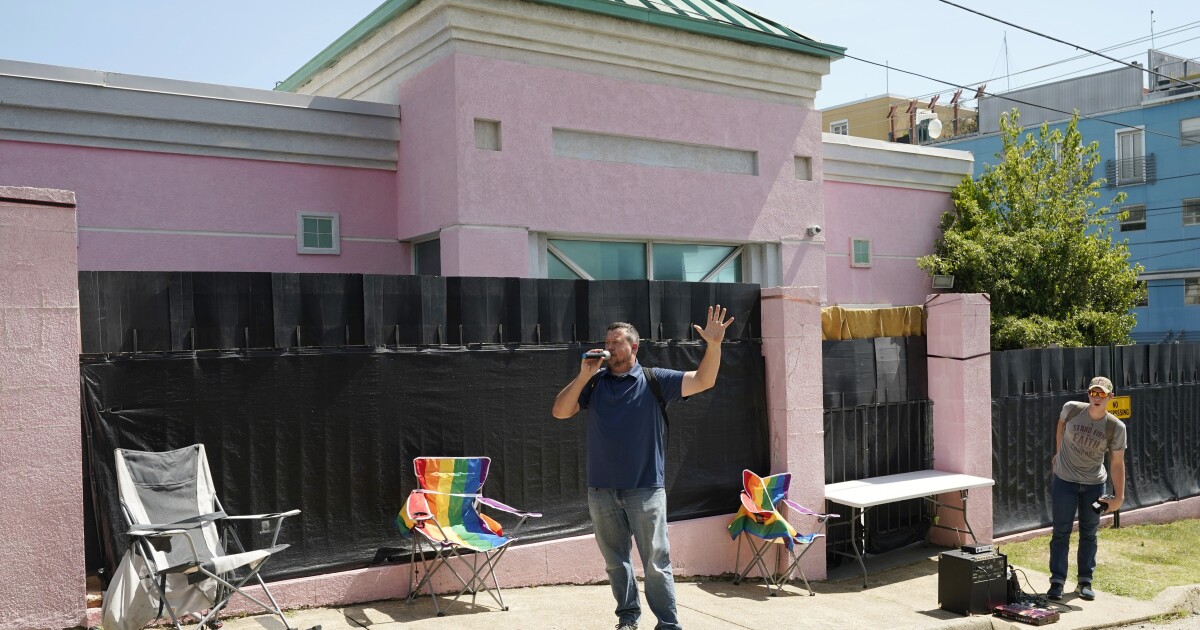 The sole abortion provider in Mississippi , Jackson Women’s Health Organization, will close down Thursday when the state’s “trigger” abortion law becomes enforceable following a judge’s decision to uphold it.

Jackson Women’s Health Organization was the center of the recent case in the Supreme Court, Dobbs v. Jackson Women’s Health Organization, that resulted in the overturning of Roe v. Wade, undoing the federal right to abortion nationwide. The clinic, known as the Pink House, lost its fight for injunctive relief on Tuesday as Chancery Judge Debbra Halford ruled to uphold the state’s trigger law that bans abortions except in cases of rape as long as it has been reported to law enforcement, as well as instances in which the mother’s life is in danger.

Halford took the case after local judges in the county where the clinic is located recused themselves.

“People in Mississippi who need abortions right now are in a state of panic, trying to get into the clinic before it’s too late. No one should be forced to live in fear like that,” said Center for Reproductive Rights senior staff attorney Hillary Schneller, who represents the clinic.

In 2007, the state adopted a trigger law, meant to ban abortion after the fall of Roe , that will go into effect on Thursday. The Supreme Court’s decision in Dobbs upheld a separate 15-week ban on abortion, and, until Thursday, women who had not surpassed that mark could undergo the procedure. However, the trigger law will ban all abortions regardless of the gestational age, with an exception for cases in which a woman has been raped and reported the crime to law enforcement. The law also makes an exception for cases in which the mother’s life is in danger. The lawyers for the clinic also failed to block a separate six-week ban on abortion, which has been dormant since 2020 .

The clinic’s defenders argued that a 1998 legal battle in the case Pro-Choice Mississippi v. Fordice established a right in the state constitution to abortion.

“The fact that the U.S. Supreme Court has overruled 50 years of precedent and withdrawn the federal constitutional right to an abortion does not mean that the Mississippi courts are required to do the same thing,” said Robert McDuff, another attorney for the clinic.

“Since Roe and Casey are no longer the law of the land, reliance upon Fordice will almost certainly not be well-founded when pursuing this case in the Supreme Court,” Halford said in her opinion. “When considering Fordice, in light of Roe, Casey, and Dobbs, it is more than doubtful that the Mississippi Supreme Court will continue to uphold Fordice.”

The state made a stronger case than the abortion rights advocates, Halford said, though she acknowledged that “the psychological trauma suffered by the patients and the perceived loss of life opportunities they will face in a post-Roe world is significant, and irreparable from those patients’ perspectives.”

Abortion rights activists knew their chance of winning relief from the law was a long shot when Halford requested to open the session with a prayer for “the presence of your Holy Spirit in the courtroom.”

“The court was blatantly biased. We knew it would be,” an advocacy group called the Pink House Defenders said .