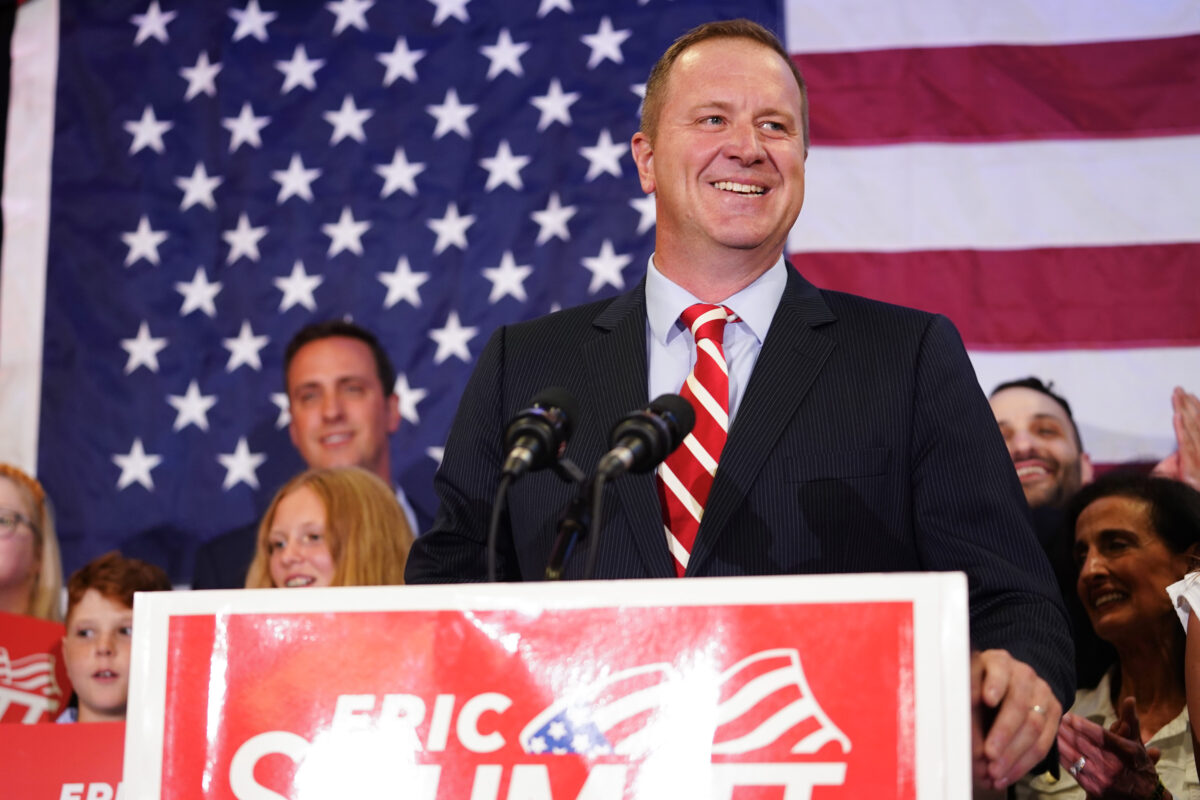 Missouri Attorney General Eric Schmitt wants answers from the IRS commissioner on why the IRS needs an army of potentially armed new agents.

Schmitt, who is a Republican Senatorial Candidate, sent a letter to IRS Commissioner Charles P. Rettig on Aug. 11,questioning the agency’s massive expansion plans that include hiring 87,000 more IRS employees over the next 10 years.

The IRS has stockpiled 5 million rounds of ammunition and spent $750,000 this year to buy more, according to Florida Congressman Matt Gaetz, who introduced a bill to block future purchases by the agency.

Concurrently, social media was set ablaze this week by an IRS job post for Criminal Investigation Special Agents that would require them to “carry a firearm and be willing to use deadly force.”  https://www.jobs.irs.gov/resources/job-descriptions/irs-criminal-investigation-special-agent

On Aug 12, the Democrat-led Congress was poised to pass the so-called Inflation Reduction Act, giving the IRS $80 billion, with $45.6 billion for “enforcement.”

“The people of Missouri love our country,” Schmitt wrote. “But, with every passing day, we find more reasons to fear our government.”

Public concern has built over what some call the militarization of the IRS, and many Republicans fear increased audits on lower and middle-class taxpayers.

“To put this in perspective, the IRS will be larger than the FBI, the Pentagon, the State Department, and the Border Patrol combined,” Schmitt wrote. “The thought of 87,000 new IRS agents terrorizing Missourians is disturbing, to say the least.”

Even more troubling to Schmitt is the militarization of the IRS. In the most recent public accounting five years ago, the tax agency had more than 5 million rounds of ammunition to use in rifles, shotguns, pistols, and submachine guns.

Schmitt pointed out that the federal government wants to limit law-abiding citizens’ Second Amendment rights, while the IRS continues to buy ammunition.

Proponents of a well-funded, well-staffed, potentially armed IRS say the agency has lost thousands of employees through attrition since 2010, and the 87,000 new employees will not double the agency’s numbers. Both Treasury Secretary Janet Yellen and Rettig have assured the public that the IRS won’t target those making less than $400,000.

However, experts such as Preston Brashers, a senior tax policy analyst for the Heritage Foundation, told The Epoch Times those assurances are meaningless because they are not in the law that Congress passed.

“The current regime in Washington is turning our country into a place we barely recognize,” he wrote.

Schmitt said the federal government’s message to Americans through the actions of its agents in the FBI, Department of Justice, and an increasingly militarized IRS is clear: “The regime is in control and will investigate and punish anyone who stands in the way, even a former president of the United States.”

He ended his letter by saying that Missourians will protect their liberty, handed down to each generation for more than 200 years.

“Freedom will not become extinct on our watch,” he said.