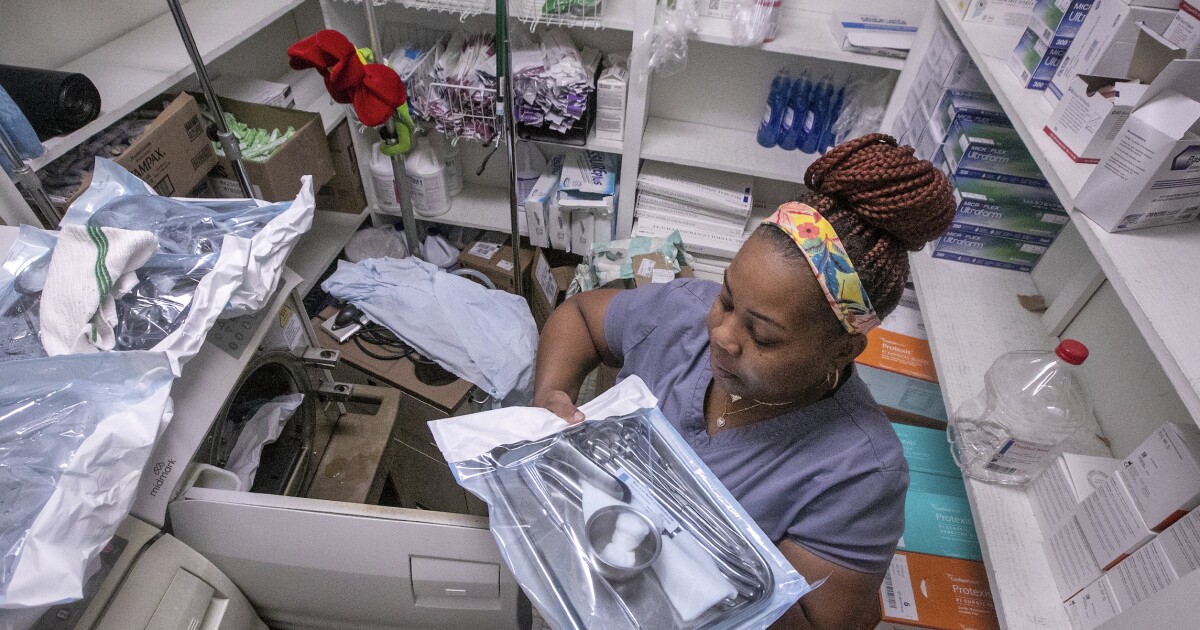 More women are opting for sterilization following the Supreme Court decision that there is no constitutional right to an abortion, which opened the floodgates for state-level efforts to regulate abortion.

With abortion bans going into effect across the United States, women are increasingly choosing to get tubal ligation procedures, a common form of permanent contraception that around 1 in 4 women chooses to undergo.

THE BACKSTORY ON BIDEN’S EXPERIENCE WITH CANCER

Elective sterilization is typically most common among women who already have children but have chosen not to have more. Now, OB-GYNs are reporting an increase in elective sterilizations following the Supreme Court’s decision to overturn Roe v. Wade, the 1973 decision that established a right to abortion nationwide.

In North Carolina, Dr. Amy Bryant at UNC Health has received three or four requests for tubal ligation procedures within the past week — an increase from the requests she would normally get “every once in a while,” the News & Observer reported.

An OB-GYN in Orlando, Florida, told the Los Angeles Times that he went from one or two consultations with patients per week to about a dozen following the May leak of the court’s decision.

In San Antonio, Texas, OB-GYN Michelle Muldrow said she has seen “more consultations for sterilizations in volume per patient load than I’ve ever had in my career.” She went from seeing consultations once in a while to seeing several daily, according to the Los Angeles Times.

A 23-year-old woman named Abby, Muldrow’s patient, said the leaked Roe decision in May convinced her that undergoing the surgery was her best option for maintaining her bodily autonomy. She said she felt relief when the procedure was finished.

Many doctors will deny women under 30 who want to procure an elective sterilization procedure, citing their age. It is not unheard of for young women who undergo sterilization to regret it later in life. One study found that 20% of women who underwent sterilization when they were under 30 regretted it 14 years later. Young patients often undergo counseling before the procedure up until the day of to guarantee that they’re sure.

“I ended up telling [Muldrow], this is the option I want,” Abby said. “This is the only answer for me.”

Doctors have reported upticks in several other states, such as Ohio, Kentucky, and Arizona.

The number of men seeking vasectomies, another form of permanent birth control, has also surged since the fall of Roe v. Wade, according to many urologists. The procedure is a common form of sterilization in which a doctor blocks the patient’s sperm from flowing through the vas deferens and combining with semen. It is generally quick and noninvasive and does not require general anesthesia.