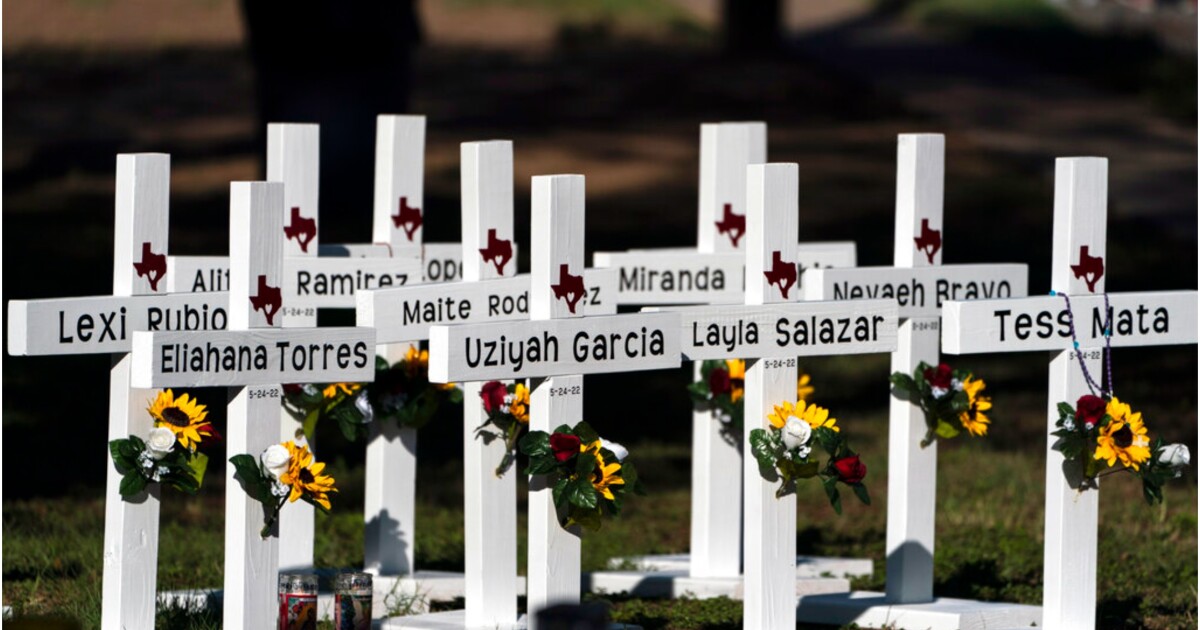 The mother of the gunman responsible for the deadly mass shooting at Robb Elementary School in Uvalde, Texas, was caught on video yelling at the mother of one of her son’s victims.

Adriana Martinez, the mother of Uvalde shooter Salvador Ramos, who was killed by law enforcement, told the grieving family of Amerie Jo Garza, one of the 19 children killed in May’s attack, that they had “no right to judge” her son, claiming he had his reasons for shooting up the school.

“You have no right to judge my son. No, you don’t! No, you don’t. May God forgive y’all,” Martinez said, according to video of the interaction filmed by the Spanish television station Telemundo.

Martinez was walking home after a meeting for students in the small Texas town. In the video, the family confronts Martinez and asks her how she didn’t know her son was going to commit a mass shooting at the school. The family also pressed Martinez over the reasons her son would shoot children at the school after Martinez told CNN shortly after the shooting that her son had reasons for his actions.

“What reasons? Because he was pissed off at you? Because you destroyed him?” the relatives asked in the video. Martinez responded by saying that she didn’t know.

Martinez added that she was aware her 18-year-old son had been a coward when he fatally shot 21 people at the elementary school, including 19 children and two adults.

Garza’s grandmother, Dana Mendiola, additionally told Telemundo that Martinez was not innocent when it came to the shooting, according to the New York Post.

“She raised him like that. She knew how he was. She knew he had guns. She’s not innocent,” Mendiola said.

Law enforcement and the school district have faced heavy backlash for taking so long to stop Ramos, who was inside the classrooms where he unleashed his attack for 77 minutes before law enforcement stormed in and killed him, as shown in recently released video.

A recent investigative report by a Texas House committee found “systemic failures and egregious poor decision making” that extended beyond local police, including a family who did not recognize and act on warning signs and a school district that did not adhere to its safety plan.