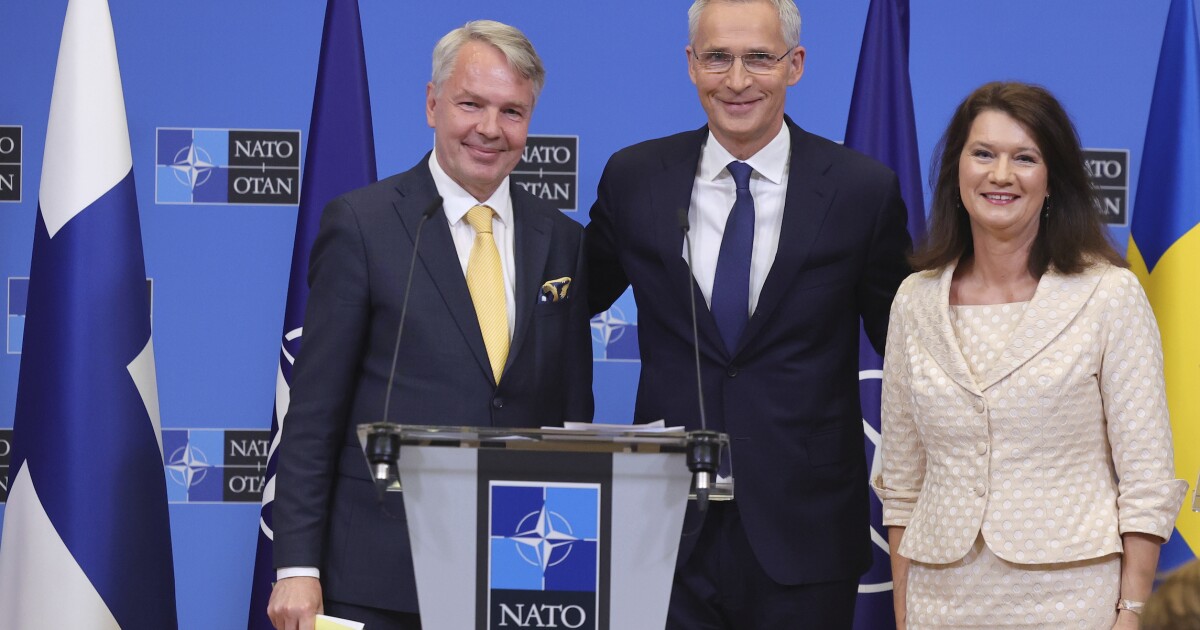 Ambassadors for each of the 30 countries that make up the NATO alliance signed the accession protocols for Finland and Sweden to join the trans-Atlantic partnership.

While the protocols were signed on Tuesday, each allied government needs to ratify them before the Nordic countries become the newest members of the NATO alliance.

“With 32 nations around the table, we will be even stronger and our people will be even safer as we face the biggest security crisis in decades,” NATO Secretary-General Jens Stoltenberg said.

Russia’s war in Ukraine, which is now in its fifth month, prompted Finland’s and Sweden’s push to join the alliance, a diametrically opposed outcome to the one intended by Russian President Vladimir Putin, who has said NATO’s eastward expansion in Europe prompted the invasion.

The alliance has already grown more unified as a group throughout the war and will soon include another country on Russia’s border.

Finland and Sweden applied to join the alliance on May 18, though their bid was held up by Turkey. Turkish leaders opposed their attempts to join the alliance previously, claiming that both countries have supported terrorists on the grounds that both countries have refused to deport Turkish nationals that Ankara has accused of loyalty to an ethnic Kurdish militant group, though the sides reached an agreement last week.

Turkish President Recep Tayyip Erdogan warned last week, however, that he could change his mind if Finland and Sweden do not hold up their end of the deal, and applying nations need unanimous support to enter the alliance.

“There were security concerns that needed to be addressed, and we did what we always do at NATO — we found common ground,” Stoltenberg added.