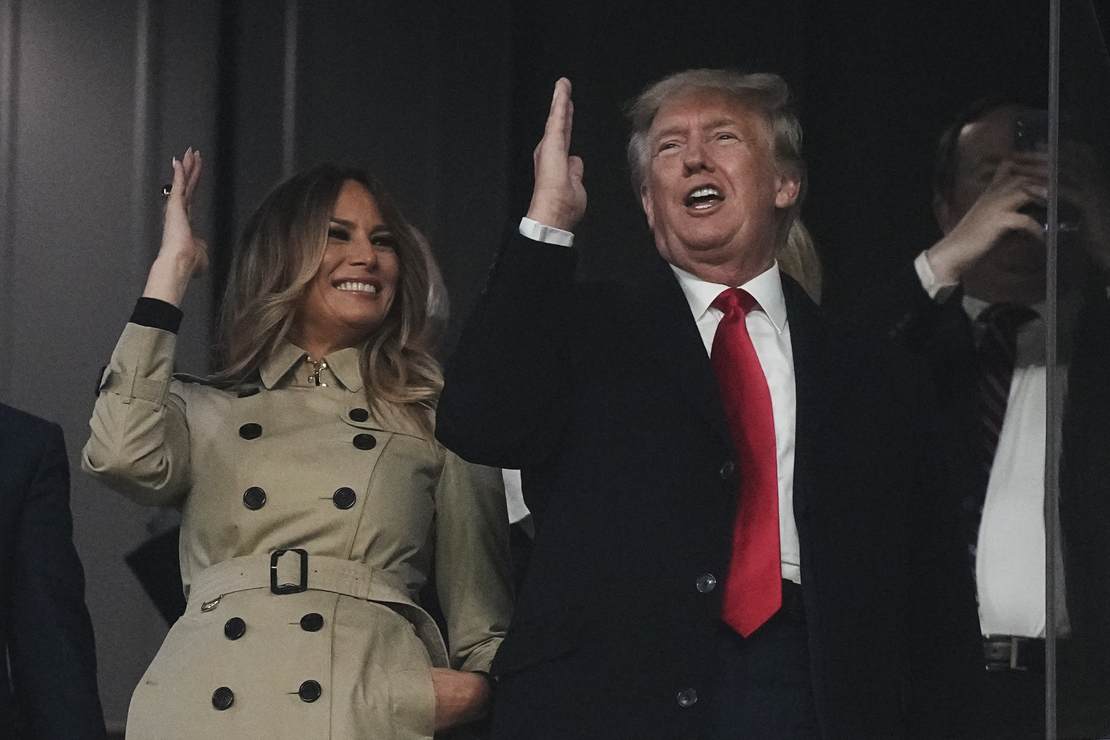 Democrat flop-sweat over the 2024 election is already building, and the midterms haven’t even happened yet. And while a return of Donald Trump to the White House is no doubt the stuff of nightmares for the left, a recent trend of proclaiming another certain politician “worse than Trump” has emerged.

Enter Ron DeSantis, who is currently cruising to re-election in the Sunshine State. Max Boot of The Washington Post, once ostensibly a Republican, wants you to know that the Florida governor is an evil mix of former President Richard Nixon and McCarthyism, making him “more of a threat” than Trump.

DeSantis reminds me not of Trump but of Nixon. A Yale teammates said he was “smart” but also “the biggest d—k we knew.” A former House colleague said: “He’s a little reclusive, a bit of an odd duck … but he’s just incredibly disciplined.”https://t.co/P7e2QD6Fs3

Max Boot is out here making @GovRonDeSantis look like even more of a badass. All this is great stuff. pic.twitter.com/GtEVktUzui

I’ll admit that listing all the incredibly based stuff DeSantis does as a negative doesn’t seem like the best way to discredit him, but Boot is nothing if he isn’t inconsistent and illogical. The move to ban mask mandates was absolutely correct and a win for freedom, and no, it didn’t stomp on private property rights. Restricting state employees from using their tax-payer-funded perches to undermine personal freedom was also a no-brainer.

DeSantis’ criticism of the January 6th committee is on the money, and citing his opposition to the Black Lives Matter movement, which is one giant grift, only underscores how smart his decision-making is. It is correct that DeSantis signed two Parental Rights laws that protect children from sexual indoctrination in schools and Critical Race Theory. Again, is Boot trying to make him sound more awesome?

But I digress, none of this is really about the issues. DeSantis could have policies that mirror those of Larry Hogan (he doesn’t, obviously), and Democrats would still be proclaiming him some combination of Hitler and Mussolini. Why? Because they know just how effective the Florida governor is, and they know if he’s given the chance, he will be extremely difficult to beat in a presidential election.

On that point, I’d ask everyone reading this to put aside their personal views about Trump, DeSantis, and who should be the nominee in 2024. That doesn’t really matter when dissecting Democrat fears. If you believe Trump deserves the nomination, I encourage you to vote for him, and I’m not here to change your mind. But understand that Democrats believe they can defeat Trump (which is probably a bad assumption on their part). They do not believe they can defeat DeSantis.

In Boot’s piece, you see one theme repeated: That DeSantis is disciplined. Nothing gives Democrats hives more than the thought of having someone with Trump’s ability to fight and enact good policy wrapped in a younger, far more disciplined package that can serve two consecutive terms. Again, that’s not a criticism of anyone who may prefer Trump in 2024. Rather, it’s just a recognition of the state of things.

DeSantis drives the left nuts because they can’t lay a glove on him. Yes, he’s excellent at confronting the press and has shown himself uniquely capable of not just lambasting them rhetorically, but making them look objectively pathetic in the process. But he’s also willing to fight culture wars that no other Republican had the guts to fight until now. More importantly, he wins those fights and comes out looking better in the end. Despite all the attacks by the press against him, in the latest Harvard-Harris poll, DeSantis has a +6 favorable rating while Biden is at -16 and Trump is at -12.

That’s why he’s becoming the top target of the left. Trump will always be hated, and if he’s the nominee in 2024, the Democrat hysteria will be through the roof (and hilarious to witness). But when talking about pure fear of a politician, DeSantis keeps them up at night, and Boot’s overwrought take is just the beginning.