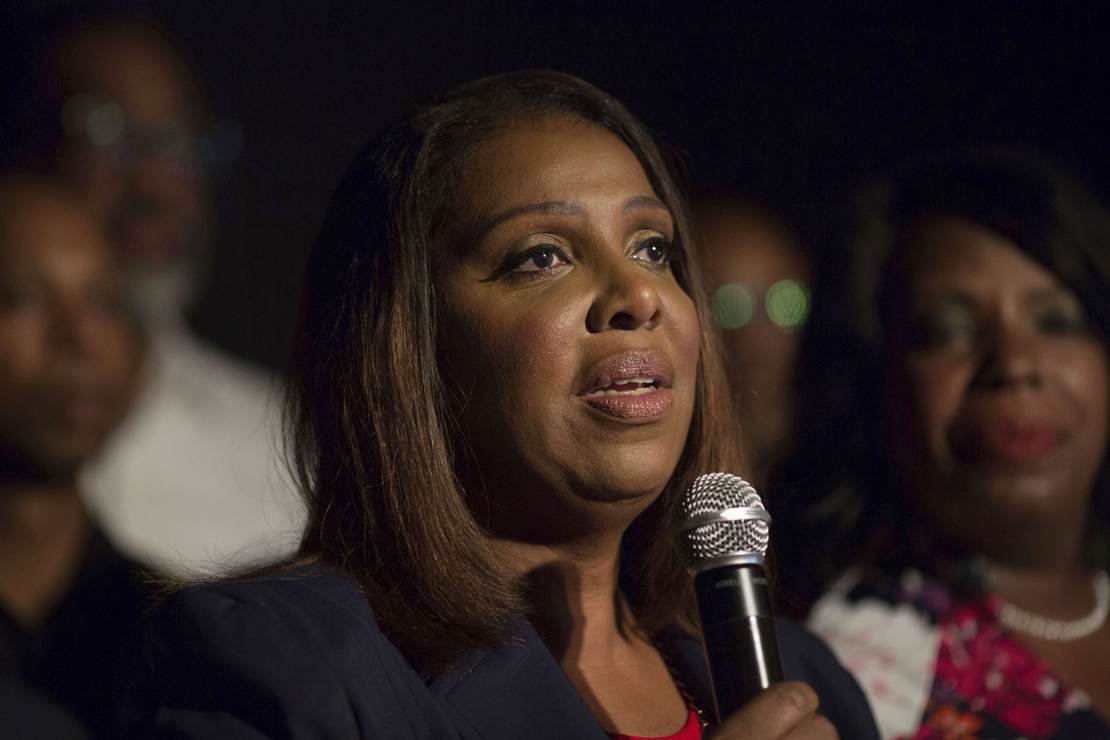 The New York Attorney General Letitia James continues her Soros-backed legal activism. But instead of Trump being in her crosshairs, this time it is pregnancy resource centers.

Since the magnificent overturn of Roe v. Wade, the death-dealing, abortion allies have been scrambling to protect their market share. You see, even in abortion sanctuary states, pro-life and pregnancy resource centers outnumber Planned Parenthood centers and their ilk three to one.

According to LifeNews, in 2021 there were approximately 3,000 pro-life and pregnancy resource centers in the United States. This does not include medical mobile units, like Save the Storks, that offer similar services.

Time magazine attempted a cautionary tale about how deceptive, misinformed, and agenda-driven these centers are <insert *eye roll* emoji>, telling one woman’s story about how she was almost duped into not getting an abortion <*clutch the pearls*>:

Ashley had Googled where she could confirm a positive pregnancy test and get an abortion. One of the first results had been a website called Choices Dallas offering “pre-screening abortion consultations.” That had led her to Prestonwood, one of more than 2,500 anti-abortion centers, sometimes known as “crisis pregnancy centers,” that have exploded across the U.S. in the past two decades, fueled by an increasingly powerful anti-abortion movement. This sprawling network of unregulated, faith-based nonprofits now outnumbers abortion clinics 3 to 1.

Aside from the sheer numbers prowess of the pro-life movement, think about the implications. No matter how many Leftist women are screaming and crying in front of state capitols, abortion has fallen out of favor with the culture. Now a women who is facing a crisis in her life due to an unplanned pregnancy may bypass the local death clinic (if she can find one) altogether, and choose a pregnancy center that will give her life-affirming options.

James simply will not have this, so she wrote a letter to Big Tech Google, demanding that pro-life and pregnancy resource centers be removed from their search results.

Loud and proud, from the NY AG’s desk:

New York Attorney General Letitia James today called on Google to correct search results that direct individuals seeking abortions to dangerous and misleading anti-abortion clinics in New York. In a letter to Google, Attorney General James expressed grave concerns regarding the failure of Google Maps to distinguish between facilities that offer abortion services and those that do not, which could lead individuals seeking abortions to visit crisis pregnancy centers (CPCs) for care.

Can’t have people actually saving babies lives, can they?

“Indeed, those latter organizations known as ‘crisis pregnancy centers’ (CPCs) are not health care providers and will not provide abortion counseling or abortion referrals,” the letter from Srinivasan said. “CPCs exist solely to intercept and dissuade pregnant people from making fully informed decisions about their healthcare such as the choice to obtain an abortion.”

Which is exactly the point. So-called “health care providers” are going to refer you for an abortion. The pregnant woman already knows abortion is an option, and if she goes to Planned Parenthood, that’s the only option she’ll be given. PP is not going to allow her to see the ultrasound, let alone give her options on how she can keep her baby or give it up for adoption. They don’t even offer pre-natal care—haven’t since 2010.

I was surprised to hear that one of the changes involved the elimination of prenatal care. My affiliate didn’t provide prenatal care, but I knew that several affiliates did. I had heard the [Planned Parenthood] Federation boast about its prenatal services when pro-life groups criticized us for the amount of abortions we provided. It turned out that PPFA decided to eliminate all Planned Parenthood Affiliates’ prenatal programs because “the prenatal patients were too cumbersome,” as a PPFA representative stated at our meeting. PPFA representatives went on to explain that women receiving pre-natal care required too many visits, had too many questions, and simply called the clinic too many times.

James knows this, which is why she is doing the death merchant’s bidding and trying to push Big Tech to erase the pro-life centers. If they can’t do it physically (and they’re trying), they’ll do it digitally.

The memory hole is real.

“Given the Supreme Court’s decision overturning Roe v. Wade, it is more important than ever that New York stands strong in providing safe access to abortion,” said Attorney General James. “New Yorkers, and others traveling to the state, should trust that Google Maps will provide accurate information and direct them to real and safe care. My office will do whatever is necessary to work with Google to make these changes and ensure that people can locate the reproductive health care facilities that they need.”

All this weeping and gnashing of teeth are the last gasps of a dying industry. Unfortunately, they still huge slush funds and paid politicians, like Senator Fauxcahontas, Elizabeth Warren (D-Mass.)

With Roe gone, it’s more important than ever to crack down on so-called “crisis pregnancy centers” that mislead and deceive patients seeking abortion care. My bill with @SenatorMenendez would stop these harmful practices.https://t.co/kOoa9GWLyk

This is not the first, nor will it be the last attempt to silence these crucial organizations.

We need to find multi-prong ways to protect, preserve, and defend them.