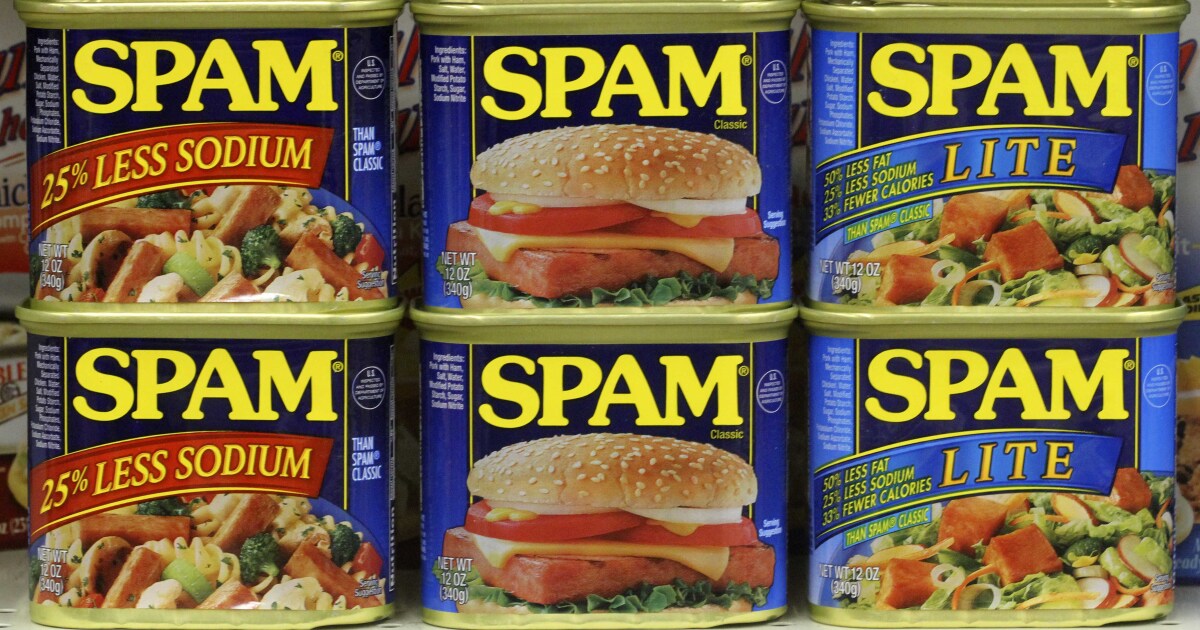 Some drug stores in New York City are locking up Spam as New Yorkers resort to shoplifting food items amid spikes in both inflation and crime rates throughout the country.

A Duane Reade drugstore in Manhattan locked up the cooked pork item and Celebrity ham in individual security cases. Both items retail for under $4 for a 12-ounce can. Locking up items can prevent theft, but it can also deter sales when stores are understaffed, according to Tony Sheppard, the head of loss prevention at ThinkLP software, and staffing shortages have been a common problem in stores across the country since the outset of the COVID-19 pandemic.

“Retailers do all sorts of things to protect product, but even when merchandise is locked up, it hurts sales because they don’t have the manpower to unlock things for customers,” Sheppard told CBS News.

New York employees have said the new cases are more about security “theater” than actually preventing theft because customers will still shoplift items after they’re removed from the protection. A customer stole a $38 razor that was tucked away in a case after it was unlocked by an employee, according to Fox News.

In May, New York City Mayor Eric Adams (D) and Attorney General Letitia James announced the arrest of 41 people who were allegedly in a crime ring that stole thousands of items from drugstores. Thieves are emboldened by the fact that they can sell stolen items online, experts say.

Overall crime in New York City has increased by 36% as of the end of July, compared to July 2021. Although shootings and homicides, in general, have decreased in the city, six of seven major crime incident categories have reached a 21-year high. As of July, robberies in the city have increased by 40% and burglaries by 33% compared to last year, according to the city’s latest crime statistics.

Inflation, which spiked to 9.1% in June, the highest in 40 years, has also contributed to rising crime rates in the city.