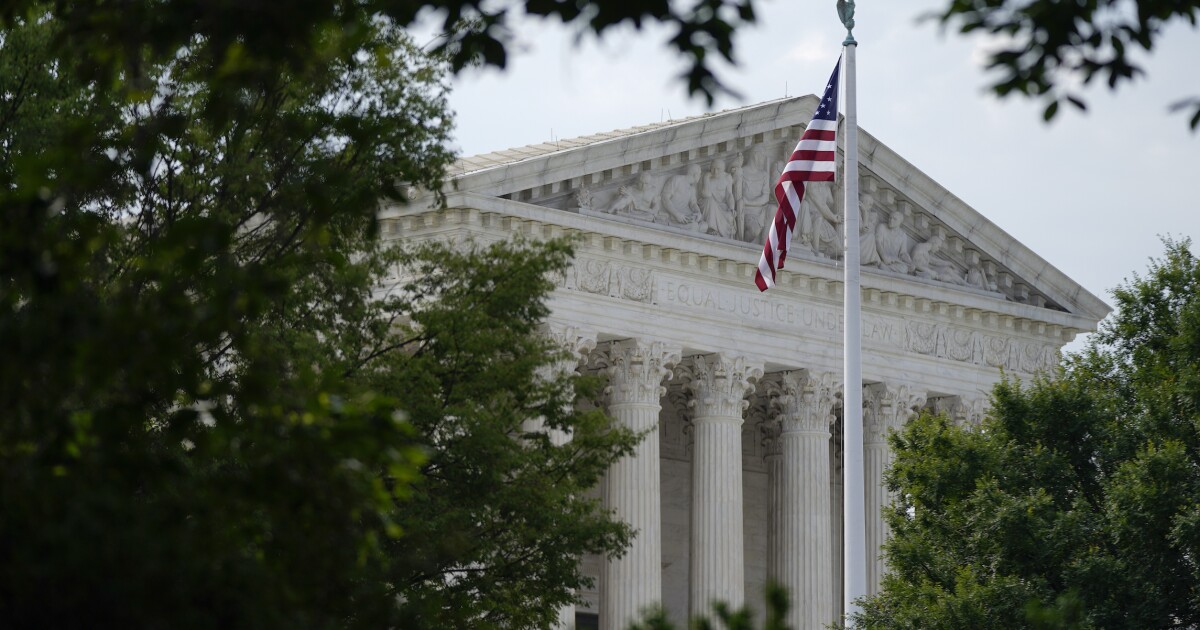 Senate Democrats, including Sen. Joe Manchin (D-WV), who considers himself personally anti-abortion and has backed certain abortion restrictions, shared outraged statements about the ruling on June 24. Some Democratic activists called for the Senate to take legislative action in response. But the math on their abortion rights bill appears unchanged.

The Women’s Health Protection Act, which was passed by the House last year and failed in the Senate earlier this year, would make it a right for a woman to undergo an abortion procedure. And it would override certain state laws restricting those procedures, including mandatory waiting periods, bans on abortions via telemedicine, or requiring providers to have admitting privileges at a nearby hospital.

Manchin, who said he supported the legal standard set by Roe, did not support the Women’s Health Protection Act on grounds that it went beyond Roe.

Spokespeople for both Manchin and Sen. Kyrsten Sinema (AZ) reiterated both Democrats’ continued support for the filibuster after the Dobbs ruling, so even if Manchin were to change his position on the Women’s Health Protection Act in Roe’s newfound absence, the bill still could not pass the Senate.

Jeanne Mancini, president of the March for Life, told the Washington Examiner in an interview this week that while much of the abortion debate will take place in state legislatures, “we have to be protected against what the other side is going to be introducing” in Congress, citing the Women’s Health Protection Act.

“I think fighting against that and maybe more adequately showing that for what it is, what it really would allow, which is completely out of touch with mainstream America, is critical at the national level,” Mancini said.

In a “Dear Colleague” letter this week, Speaker Nancy Pelosi (D-CA) said the House Democratic Caucus “has been exploring avenues to protect the health and freedom of American women,” including measures to protect data stored in reproductive health apps and protect free travel between states.

The Dobbs ruling will likely increase political pressure on Manchin and Sinema to change their positions on the filibuster, although they have resisted such entreaties from the left flank of their party to do so in the past. President Joe Biden this week said he would back changes to Senate rules to allow Democrats to pass an abortion rights bill without the filibuster.

But the Senate math isn’t much better for congressional Republicans, who remain in the minority, aiming to pass abortion restrictions.

“So it could be like a heartbeat bill, it could be a pain-capable bill, or both,” she said. “But certainly, efforts that will emphasize the humanity of the unborn child will be introduced in Congress, and so we’d be very supportive of that.”

Rep. Chris Smith (R-NJ), a longtime abortion opponent in the House, said after the Dobbs decision that he would seek to pass a 15-week abortion ban like Mississippi’s should Republicans win a majority in November.

But even if a Republican Senate majority managed to clear the 60-vote filibuster threshold and send abortion restrictions to Biden’s desk, the president is highly unlikely to sign them.