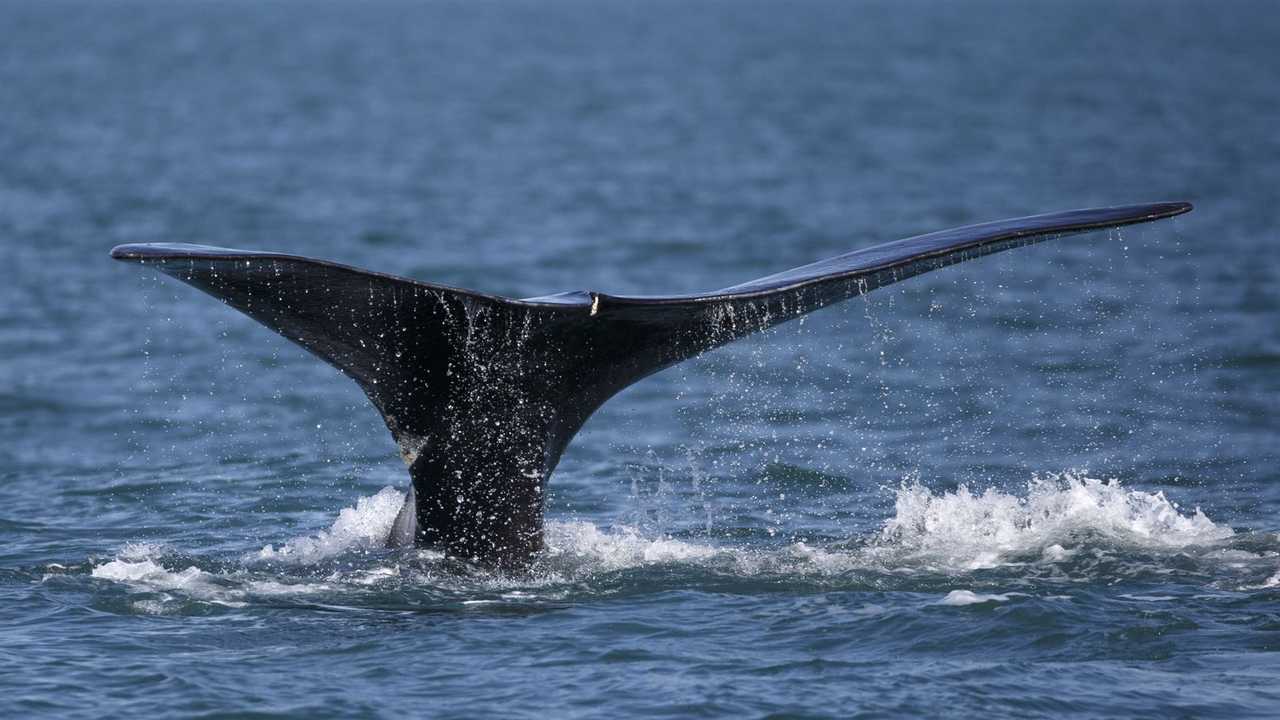 North Atlantic Right Whales (NARW) are majestic giants, the subject of documentaries, scientific research and interest, and popular whale watching tours. Yet, all of this, and the whales themselves, could be coming to an end. And Democrats, including the Biden administration, are to blame.

Despite supposed protection afforded the whales by various federal laws, such as the Endangered Species Act and the Marine Mammal Protection Act, which forbid activities that harm or force the whales from their critical habitat, if Virginia and Dominion energy have their way, NARWs could soon be no more. There are only a few more than 300 individual right whales in existence. Yet, at the expense of rate payers and tax payers, Dominion energy has proposed erecting its Coastal Virginia Offshore Wind Project directly in the annual migration path of the NARWs.

Fortunately, the whale has an increasing number of allies in its battle to prevent the Biden administration and Democrats in states along the U.S. east coast from filling huge areas of the open seas with monstrously large, noisy offshore wind turbines.

A coalition of public interest groups, including the think tank I work for, The Heartland Institute, the Committee For A Constructive Tomorrow(CFACT), and theAmerican Coalition for Ocean Protection(ACOP), have hired the law firm of Gatzke, Dillon and Ballance (GDB) to represent them in evaluating the upcoming draft Environmental Impact Statement (EIS), which the Bureau of Ocean Energy Management (BOEM) is producing for the Coastal Virginia Offshore Energy Project, managed and constructed by Dominion Energy.

Dominion Energy has applied to build 176 wind turbines, each designed to generate 14.7 megawatts, taking up an area approximately 10 by 15 miles square—equal to the size of 85,000 football fields—located 27 miles off the coast of Virginia Beach. Each turbine would sit atop a monopole going down a minimum of 80 feet into the water and about 120 feet into the ocean floor, while its height above the water would exceed 620 feet; higher than the Washington Monument, which is 555 feet high.

Whales are sensitive to, and navigate by, sound. The subsea infrasound and vibrations generated by the turbines are virtually guaranteed to force the few remaining NARWs out of their critical migration corridors and into one of the busiest shipping corridors in the world. This would make a bad situation worse because ship collisions are already the largest single cause of NARW mortality. Even if the whales are somehow able to adapt to and tolerate the sound, the undersea monopoles would present new navigation hazards for them.

Dominion’s proposed wind project is not the first to come under heightened scrutiny from groups concerned about sea life and traditional ocean activities.Commercial fishing groups have organized to oppose a huge offshore wind project 12 nautical miles off the coast of Martha’s Vineyard, Massachusetts. They point out by the government’s own statements, the project would likely negatively impact sea life in the area and the shipping hazards caused by the turbines would likely result in a huge swath of traditional fishing grounds being placed off limits to commercial fishing.

The harmful impacts on wildlife from industrial wind facilities are not limited to offshore projects, as the thousands of birds and bats killed each year by wind turbines attest. The legal protections afforded by various state and federal laws haven’t prevented the wholesale slaughter of these avian species. Only time, and perhaps lawsuits, will determine whether the laws protecting whales do any better for them than those protecting birds and bats have done.

When it comes to wind and solar facilities, it seems animals are no more secure in their homes than Native American tribes were in theirs when, despite treaties being signed promising them that some area or another would be theirs for as long as the sun shined and the river flowed, whites decided they wanted their land or its resources for themselves after all. The fetishistic pursuit of wind power at the expense of every other goal is the new “manifest destiny,” and just as deadly to living beings in its way.

“Unless BOEM requires extensive, effective, unprecedented protection measures for the North Atlantic right whale immediately, this species is almost certainly headed toward extinction,” said David Stevenson, president of ACOP, in a press release announcing the hiring of GDB to examine the impact of Dominion’s offshore wind project on the whales and the cost of the project to consumers.

Craig Rucker, president of CFACT, says the threat to whales is not the only issue that should result in environmentalists removing their green label of approval from this project.

“We are not only very concerned about the future of the right whale … but also concerned as to how BOEM will address the fact that this project, despite its alleged benefits regarding carbon dioxide and climate change, will actually cause the release of more carbon dioxide into the atmosphere than it will consume,” said Rucker in a press release.

Heartland Institute President James Taylor argues that, at the very minimum, the offshore wind project in Virginia should receive the same level of scrutiny as fossil fuel projects have.

“Before construction commences, the project should be given the same level of scrutiny for environmental protection by the courts and the federal authorities as has been provided for fossil fuel projects in Virginia, such as the Mountain Valley Pipeline,” says Taylor.

Dominion Energy, electric power users in Virginia, and the climate will survive even if Dominion’s industrial offshore wind facility fails to get approval. The same cannot be said for the North Atlantic Right Whale.

H. Sterling Burnett, Ph.D. (hburnett@heartland.org) is the director of the Arthur B. Robinson Center on Climate and Environmental Policy at The Heartland Institute, a nonpartisan, nonprofit research center headquartered in Arlington Heights, Illinois.