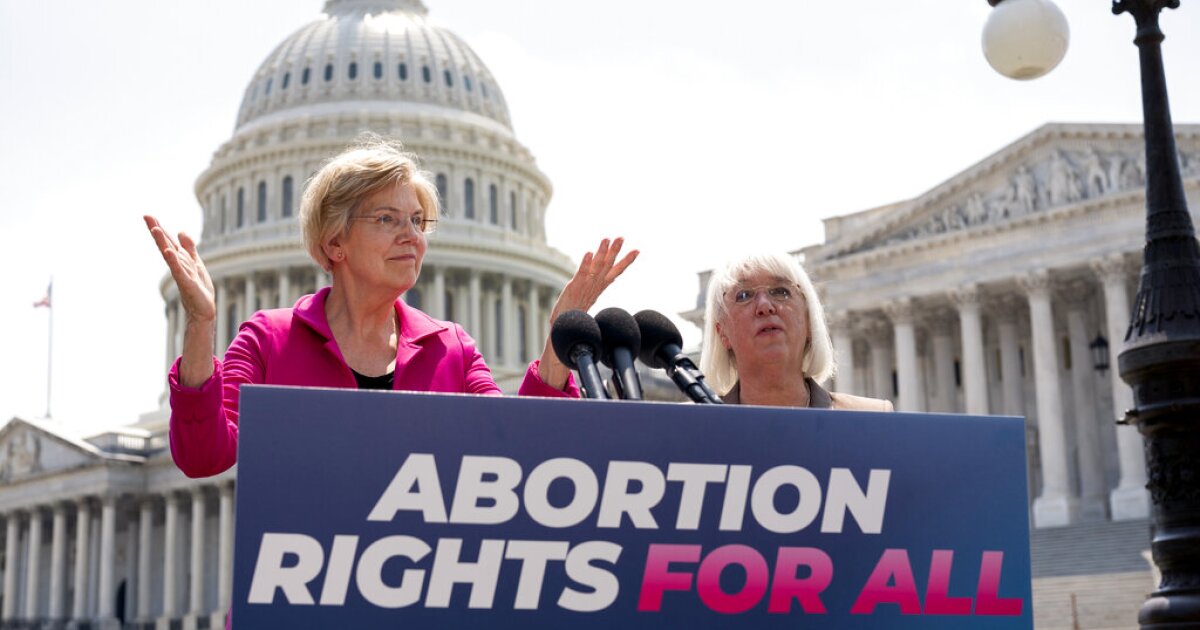 Sen. Elizabeth Warren (D-MA) says she won’t vote for a new bipartisan bill that enshrines federal access to abortion, arguing the measure is “not an obvious improvement over where we stand right now.”

Warren, who favors abortions being protected as a right, says the bill “does not codify Roe,” dealing a blow to the legislation that needs the support of all 50 Democratic senators and a handful of Republicans.

“The Kaine-Collins bill does not codify Roe,” Warren told NBC News Tuesday night. “The problem here is this bill is not an obvious improvement over where we stand right now.”

Warren’s comments pile on to a lack of GOP support that is poised to stop the legislation from clearing the 60 votes it needs to advance to a final vote.

The bipartisan bill, the Reproductive Freedom For All Act, was introduced by Sens. Tim Kaine (D-VA), Lisa Murkowski (R-AK), Kyrsten Sinema (D-AZ), and Susan Collins (R-ME) on Monday and would “enact in federal law the essential holdings of Roe v. Wade,” according to a joint statement.

“After the Supreme Court gutted a woman’s right to make personal healthcare decisions, Congress must restore that right,” Kaine said. “That’s why I’ve worked with my colleagues to find common ground on this bipartisan compromise that would do just that. The Reproductive Freedom For All Act would restore the right to abortion and protect access to contraception by enshrining those freedoms into federal legislation.”

The bill is seen as a compromise after a Democratic-led measure, the Women’s Health Protection Act that would have codified Roe v. Wade into law, failed on the Senate floor twice. Warren’s colleagues on the Left, such as Sen. Bernie Sanders (I-VT), have previously called for more sweeping measures, arguing the Senate should end the filibuster to codify Roe.

The Washington Examiner reached out to Sanders and Sen. Amy Klobuchar’s (D-MN) office for comment.