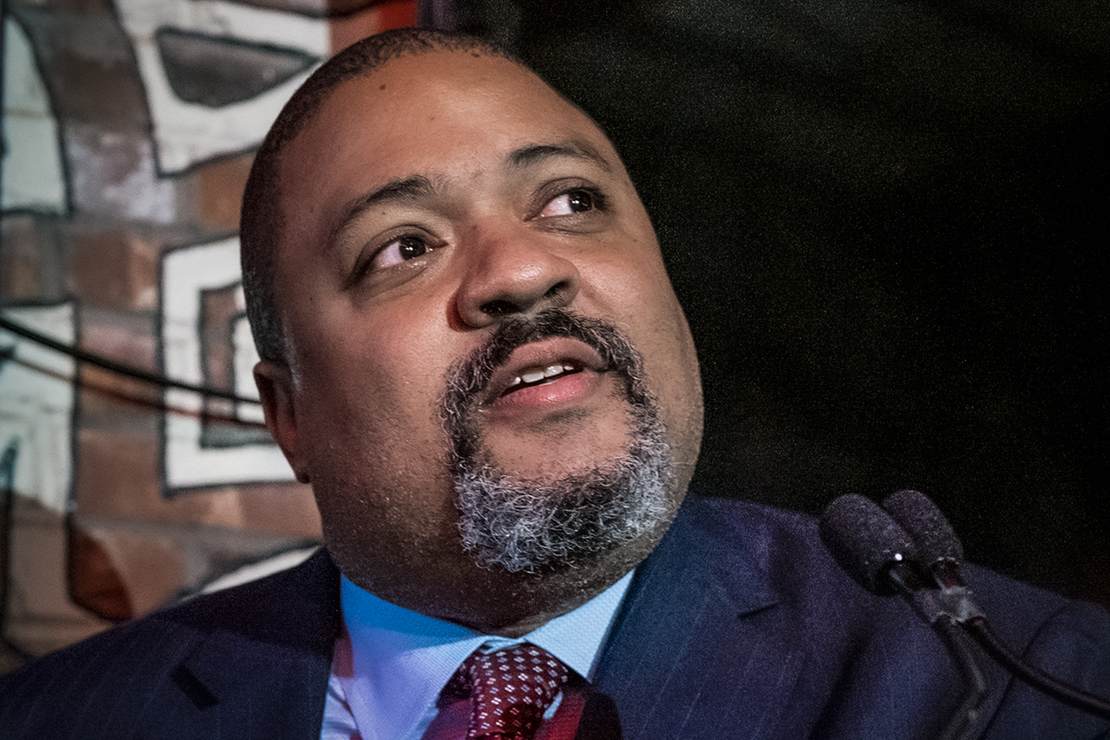 Manhattan District Attorney Alvin Bragg continues to treat criminals as if they’re victims, but now he is criminalizing self-defense.

As the New York Post Editorial Board mentions in a new op-ed, Bragg sets a terrible precedent that if someone has an illegal gun, commits a hate crime, or pushes an elderly person to the ground, they will get a minor punishment. Steal from any store or business, and it doesn’t matter how many times that person does it; there will be no arrest or jail time.

But apparently, Braggs will charge you if you defend yourself. Yes, you read that right. Hard-working Jose Alba, 51, was working as a cashier at a small grocery store on Broadway near West 139th Street. A woman and her boyfriend went into the store, as the woman wanted chips but could not pay. Alba did not want to give her the chips for free.

Her boyfriend, Austin Simon, an ex-con and career criminal, went behind the counter to confront  Alba. Simon shoved Alba, grabbed Alba from his collar, and began walking with Alba in front of him. But Alba seemed to have grabbed a knife, and when he stood up, they continued fighting, but he quickly turned around and stabbed Simon. Simon was pronounced dead. As Alba came back into the frame, it seemed like his arm was bleeding, possibly due to Simon’s girlfriend stabbing Alba. Alba was holding a bloody knife in his hands.

Manhattan bodega worker charged with murder. Woman who didn’t have enough money for her item, went to the car to get her boyfriend, who then came behind the counter to attack the clerk.. Jose Alba, 51, cut the man up, and is being charged with murder. Held on $250,000 bail. #NYC pic.twitter.com/kZ3Ju5yVDq

Alba defended himself–what he did is called self-defense. That still exists in the United States of America, as much as DAs like Bragg don’t seem to think so.

“He was cornered in … As you can see in the video, he was cornered in, and when he saw himself getting taken outside, he thought his life was being threatened and he defended himself.”

Simon threatened Alba and assaulted him. But according to Bragg, an act of self-defense warrants murder in the second degree. Alba had his bail set at $250,000 cash bail, later reduced to $50,000 bail. He is currently being held on Rikers Island.

“My heart goes out for this hard-working, honest New Yorker that was doing his job in his place of business, where a person came in and went behind the counter and attacked him.”

Adams continued by saying he would have done things differently, had he been in Bragg’s position:

“We have enough people who are there for people who break the law … As I saw it, from the video, I saw a worker here following the law, and he should not have been approached in the manner that he was approached … It’s time for New Yorkers and Americans to start standing up for people who follow the law, and that’s what I’m going to do.”

According to the Post, after Bragg faced backlash over Alba’s case, he pushed for $500,000 bail.

Fernando Mateo, a spokesman for the United Bodega Association, told the Post:

“[Alba] didn’t mean to kill anyone … Bodega owners are being attacked every day. They are being abused and ransacked by shoplifters”

“There is no clearer example of self-defense,” said former prosecutor and criminal defense attorney Michael Discioarro.