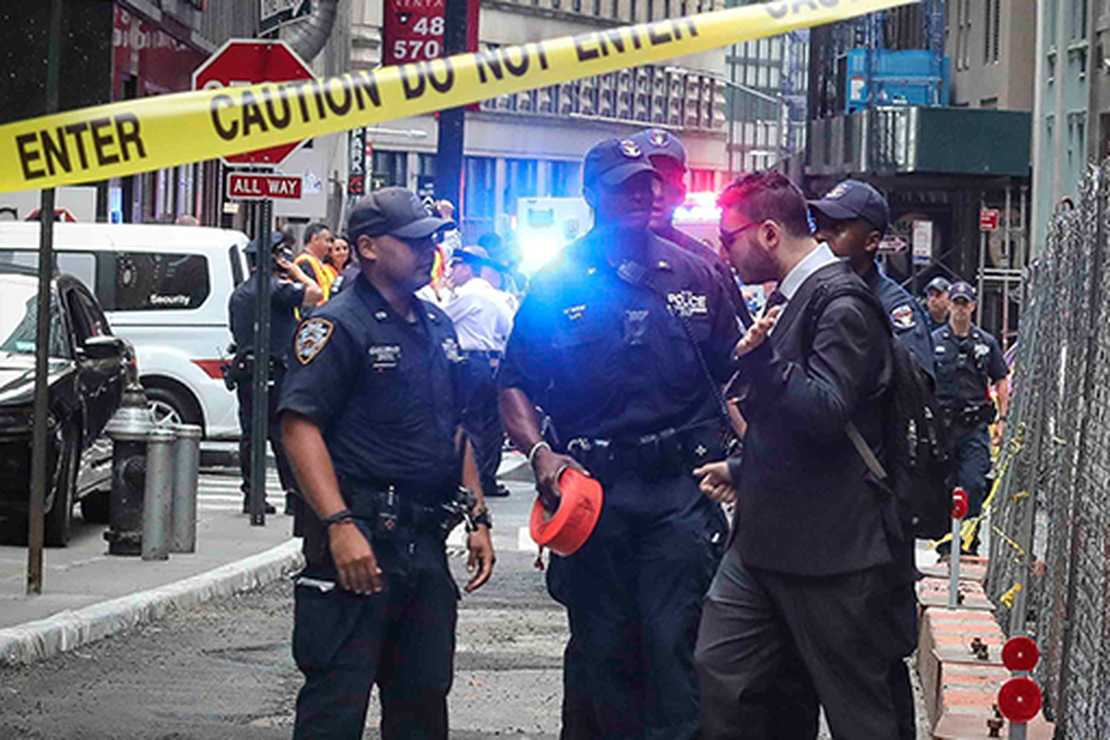 Friday, 62-year-old Jose Alba was arrested for murder in the stabbing death of 35-yar-old Austin Simon in a Manhattan bodega. (For us non-New Yorkers, a bodega is a convenience store that doesn’t sell gas.) Alba was a clerk in the store working Friday when a woman tried to buy a bag of chips using her EBT card. She didn’t have enough money on the card to purchase the chips, so she called on her boyfriend, Simon, to fix her lack of funds by roughing up Alba and getting her the chips. Simon, whose occupation as far as I can tell was “violent ex-con,” felt up to the task.

WARNING: This video had explicit violence.

In most places, when a 62-year-old man is attacked by a guy 30 years younger, at least 6-inches taller, and who outweighs him by several dozen pounds, in the course of what might be construed as an armed robbery but definitely was a physical assault, the call of “self-defense” is a no-brainer. But in New York, where the district attorney is the crime-loving Alvin Bragg, if you are a law-abiding citizen who does not submit to being prey for NYC’s burgeoning criminal class, you are out of luck.

Alba was ordered held under $250,000 bail. By way of comparison, if you kill one NYC cop and wound another, you can walk free on a $15,000 bond; see NYC Cop Is Shot With an Illegal Weapon and the Shooter Walks. NYC Mayor Eric Adams Doesn’t Have a Gun Problem, He Has a Sanity Problem. If you are a convicted felon with outstanding warrants who rips off a drugstore to the tune of $2,000 while holding an employee at knifepoint, you get released with no bail. My colleague Levon Satamian posted on this in NY Post Ed. Board: Manhattan DA Alvin Bragg Criminalizes Self-Defense While Treating Criminals as Victims; please give it a read.

The Dominican immigrant had no way of raising that amount of money. So his friends and family went to GoFundMe; true to its values, GoFundMe shut down the fundraiser. This is the same site that was the principal means by which the rioters of the summer of 2020 raised bail money.

Thursday, after spending a week in Riker’s Island and no small part due to the furor, an NYC judge lowered Alba’s bail to $50,000, of which only $5,000 had to be posted.

NYC Mayor Eric Adams, who did zip to help Alba, is now giving great interview to try to grab some credit.

Great news: A judge lowered Jose Alba’s bail and his relatives and boss raised the money to get him released on bail bond. @NYCMayor Adams stood up for Mr. Alba, saying, “My heart goes out for this hard-working, honest New Yorker that was doing his job.”https://t.co/IS2nr3Sx9O

THIS JUST IN: @NYCMayor visits the bodega in Hamilton Heights that was the site of a stabbing earlier this week. pic.twitter.com/BMGyhBsUTg

Adams says it isn’t up to him to tell the Manhattan District Attorney Alvin Bragg what to do, but he could’ve made an issue of it. He could’ve supported Alba much earlier. He could’ve visited Alba at Rikers Island. He had infinite tools available to shame Bragg into sticking up for the good guys. None of that happened. His first comments on the case coincide with the national publicity.

New York City has experienced a hellacious collapse since the days of Rudy Giuliani. It is no longer safe to visit or work there. The NYPD has been neutered. The judicial system is stacked in favor of criminals. If Adams cares, the Alba case could be a rallying point to take back control of the city. But he doesn’t, so it won’t.