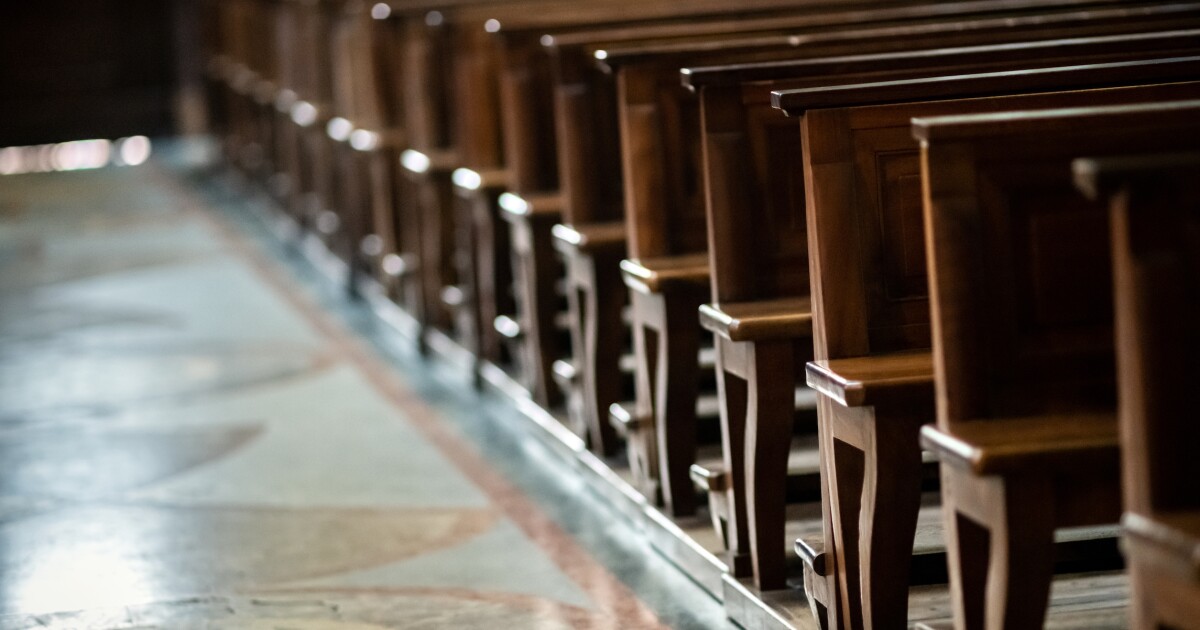 Students at Manhattan’s Grace Church High School are speaking out after they were forced to attend the school’s Pride chapel last spring.

“There was tons of social pressure to dance along and pretend like it was normal for sure,” a student who chose to remain anonymous told the Post Millennial, “whether it be people tapping on shoulders and telling them to stand up or just a collective staring contest at whoever wasn’t totally participating.”

The chapel event was sponsored by Spectrum, the school’s LGBT support club.

Video posted on TikTok shows Havea, who was a contestant on season 12 of RuPaul’s Drag Race, dressed in full drag, wearing a short orange-and-blue dress with matching go-go boots.

@thebritafilter I literally went to church to teach the children today… 💒💕🏳️‍🌈🏳️‍⚧️ A Catholic High School here in NYC invited me to their Pride 🏳️‍🌈 Chapel. Visibility matters and I’m so honored to have had the chance to talk to you about my work as a LGBTQ+ Drag Queen Activist. Comment if you want me to post part 2… #drag #church #dragqueen #lgbtq #pride ♬ original sound – Brita Filter

“I literally went to church to teach the children today,” Havea wrote in the video’s caption. “A Catholic High School here in NYC invited me to their Pride Chapel. Visibility matters and I’m so honored to have had the chance to talk to you about my work as a LGBTQ+ Drag Queen Activist.”

“Who said you can’t have a drag queen at church? Would you go to this service?” Havea wrote, adding it was an honor to hear “the beautiful brave queer stories and songs from your students and faculty.”

Pride stickers were reportedly given at the event with students being told, “Take one or you’re homophobic.”

“I wondered, is this really happening in a chapel?” a student reportedly said. Another explained there were “tons of social pressure to dance along and pretend that this was normal for church.”

During the chapel event, students were given the opportunity to share their gender identity experiences. At that time, nonbinary teacher Uyen Nguyen, who goes by “the gay agender teacher Nguyen,” reportedly announced a resignation from the school after being misgendered.

Since the April chapel, the school has reportedly held additional LGBT events for its high school, middle school, and lower school.

“Pride Chapels, along with the other history and identity-based chapels and assemblies held throughout the year, help empower Grace students to foster a safe and welcoming place for all, in which the diversity of our school is celebrated and lifted up,” the school said.

The school did not respond to the Washington Examiner’s request for comment.