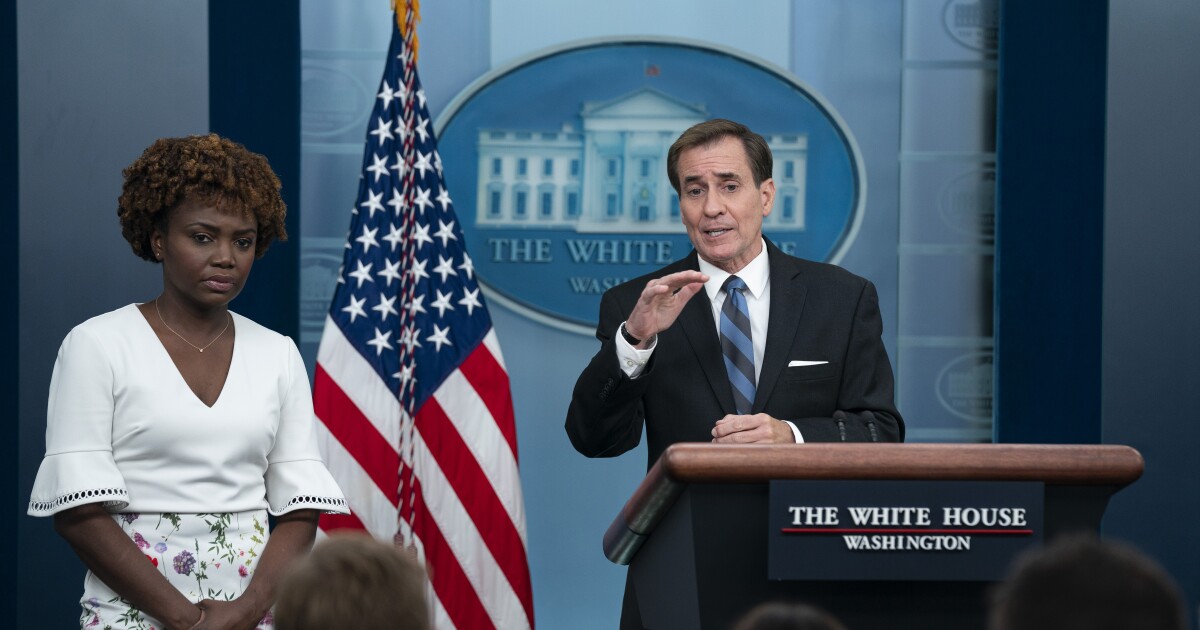 The White House is balancing criticism of WNBA player Brittney Griner‘s heavy sentencing by a Russian court while imploring Moscow to agree to a prisoner swap deal that would bring her home.

“Russia is wrongfully detaining Brittney,” press secretary Karine Jean-Pierre told reporters Thursday. “She never should have had to endure a trial in the first place. We have repeatedly called for Russia to release her immediately so she can be with her wife, loved ones, friends, and teammates.”

Biden is regularly updated on the negotiations for Griner’s freedom, in addition to that of former U.S. Marine Paul Whelan and other U.S. nationals held abroad, according to Jean-Pierre.

Jean-Pierre was joined during her briefing by National Security Council spokesman John Kirby, who contended, “historically speaking,” that foreigners convicted of drug charges in Russia “tend to get much higher sentences” than the locals.

Kirby also defended the administration’s decision to disclose its “substantial” prisoner swap proposal — reportedly Griner and Whelan for Viktor Bout, a Russian arms dealer. For Kirby, Griner having to “testify in her own defense at a sham trial” was part of the calculus, though he downplayed speculation that she had become “a political pawn.”

“We urge them to accept it,” Kirby said, without confirming specifics. “They should have accepted it weeks ago when we first made it.” Of Russia’s demands, he added: “I don’t think we would go so far as to even call it a counteroffer.”

Griner, who plays for the Phoenix Mercury, was found guilty on Thursday of smuggling drugs into Russia and was sentenced to more than nine years in a penal colony. She has been in custody since February after customs officers in Moscow found vaping cartridges that contained cannabis oil in her luggage.