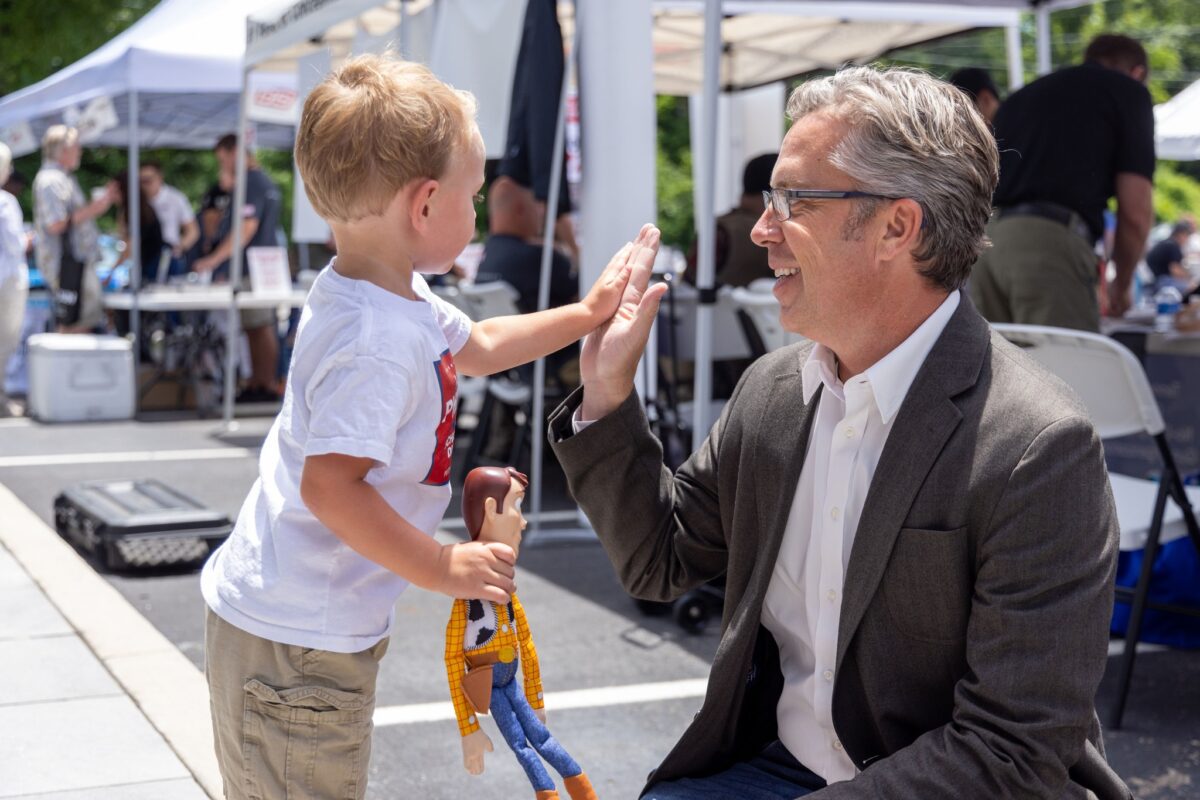 Maury County Mayor Andy Ogles, who has campaigned as a pro-Donald Trump “America First” conservative and has been the target of multiple attack ads, has won Tennessee’s 5th Congressional District Republican primary.

The GOP field featured 10 candidates, including Robby Starbuck, who ran as a write-in option.

The GOP is striving to regain control of the U.S. House and the party believes that one of the seats it can flip is Tennessee’s 5th Congressional District.

Rep. Jim Cooper (D) currently occupies the seat. He has represented the district since 2003 but announced in February that he would not seek reelection.

“Despite my strength at the polls, I could not stop the General Assembly from dismembering Nashville,” Cooper said in a statement after the newly drawn 5th district was revealed in January. “No one tried harder to keep our city whole.

“I explored every possible way, including lawsuits, to stop the gerrymandering and to win one of the three new congressional districts that now divide Nashville,” he added. “There’s no way, at least for me in this election cycle, but there may be a path for other worthy candidates.”

The winner of the GOP primary will face state Sen. Heidi Campbell, who was unopposed in the Democratic primary; and independent candidates Derrick Brantley, Daniel Cooper, and Rick Shannon, in the Nov. 8 general election.

Instead of a traditional debate format where a media personality serves as a moderator and dictates the content, the forum featured questions asked by a panel of experts covering election integrity, economics, health care, education, foreign policy, and immigration.

Winstead committed to appear before canceling. Harwell declined and attended a Washington Chamber of Commerce fundraiser for her campaign.

Negative ads flooded the airwaves in the 5th district in recent weeks. Most of the vitriol was directed at Ogles.

Throughout her campaign, Harwell frequently labeled Ogles as a lobbyist tied to a Washington D.C. special interest group that “smeared” former Trump and linked to another group that “supports amnesty for millions of illegal immigrants.”

An attack ad from Harwell’s campaign says, “Who’s behind lobbyist Andy Ogles’ campaign? A D.C. special interest group that smeared Donald Trump and another shady special interest group that supports amnesty for millions of illegal immigrants. They’re spending big bucks on Ogles, because Ogles will vote for their pro-amnesty agenda. Bought and paid for by never Trumpers and amnesty-loving RINOS who sell out America. Lobbyist Andy Ogles would make the D.C. swamp even worse.”

The spot shows an image of a smiling Ogles next to Sen. Mitt Romney (R–Utah) and Liz Cheney (R–Wyo.).

Outside super PACs have poured around $1.6 million into the 5th district race in recent weeks elevating Ogles and attacking his rivals. FEC filings show that figure is almost as much as Harwell and Winstead combined.

Ogles has faced scrutiny for admitting that he has directed donors to super PACs working with his campaign, which is a violation of federal campaign finance law.

Harwell told reporters earlier in July that Ogles will “be controlled by the D.C. swamp” if he is elected.

“He owes everything to them, and I don’t think that’s right for the people of middle Tennessee,” Harwell said.

Conservative Americans PAC funded an ad that said. “You fool me once, shame on you. Fool me twice, shame on me.

“Andy Ogles already fooled us. He campaigned against tax hikes. ‘I don’t like tax hikes, all taxes are evil.’  Then he got elected and backed a tax hike. The same Andy Ogles whose businesses didn’t pay their own taxes, and the state had to file liens to collect.

“Now, Andy Ogles is trying to fool us again. Don’t get burned again. Conservative Americans PAC is responsible for the content of this advertisement.”

“Look, if I haven’t paid taxes in nine years, I’d be holding a seminar that would be packed,” Ogles said in the interview.

“We had multiple properties, we had interests in multiple businesses, and OK, something was late. But that being said, we paid. And any interest that may have been due, which I don’t know if there was, was paid.”

Ogles believes that his track record as an America First candidate makes him a target.

“During COVID, I refused to comply with mandates. I did not shut down my community. I kept it open because, from my perspective, every job is essential and every small business is essential,” Ogles said in an Aug. 3 interview with John Fredericks on Real America’s Voice.

“I had to fight for my community. We are the fastest growing county in Tennessee and the number one county for job growth in Tennessee, so when OSHA targeted our county, I told them they would have to arrest me before forcing a vaccine, and they backed off.

“I’m polite in my opinions, and I’m for freedom and liberty, and for we the people having the choice, not government and big business,” Ogles added. “That is a threat to the status quo.”