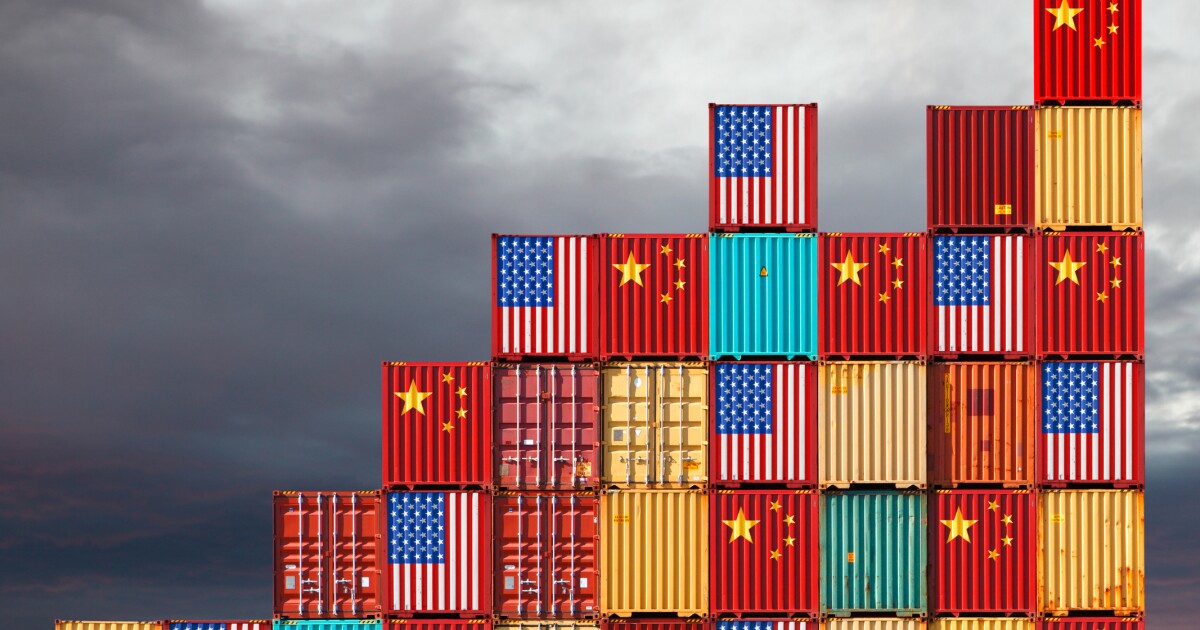 President Joe Biden is considering lifting his predecessor’s stiff China tariffs as a means of easing historic inflation , even as some of his closest political allies urge him to not alter the Trump-era policies .

The Biden administration has been carrying out an extensive monthslong review of the Trump administration’s trade policies with China. The first stage of the four-year process closes Tuesday at midnight.

Numerous reports say that the president will announce a loosening of the Section 301 tariffs as early as this week, yet White House officials stressed to the Washington Examiner that no final decision has yet been made.

BIDEN RUNS RISK OF LOOKING OUT OF TOUCH ON GAS PRICES

Biden has desperately sought to reverse rising prices, and some senior administration officials, including Treasury Secretary Janet Yellen, argue that lifting the Trump-era tariffs at this juncture could ease costs for consumers.

However, Politico reported Tuesday afternoon that Biden will only adjust $10 billion of imports out of the nearly $400 billion put in place by former President Donald Trump , which would only yield modest consumer relief. A study published by the Peterson Institute for International Economics suggests that ending the tariffs would save average households nearly $800, but U.S. Trade Representative Katherine Tai claimed that estimate was “something between fiction or an interesting academic exercise.”

Tai, the president’s top trade negotiator, has repeatedly argued against the wholesale dismantling of the Trump-era tariffs as a means of attacking inflation.

“With respect to short-term challenges, there’s a limit to what we can do with respect to, especially inflation,” she added during recent congressional testimony.

Tai has also pushed to revisit the Trump administration’s Phase One trade deal on the grounds that Beijing consistently fails to meet its deliverables, and her negotiations with her Chinese Communist Party counterparts are partially attributable to the 15.1% increase in China’s exports to the United States over the first five months of the year.

Throughout the review process, a number of Biden officials have offered brief comments on both sides of the tariff debate, which would indicate a fierce internal debate on the subject among Biden’s top staff. In addition to Tai, Labor Secretary Marty Walsh and national security adviser Jake Sullivan have both expressed a desire to keep the tariffs in place. Meanwhile, Yellen and Commerce Secretary Gina Raimondo have both pushed the administration to pursue broad tariff relief as a tactic to fight inflation.

“It does seem very messy in terms of the messaging about the tariffs because you have various administration officials saying pretty different things,” former USTR official Emily Kilcrease said of the review process. “Given the fact that the messiness is clear in the public domain, I can only imagine what the internal debate is like.”

Dozens of labor unions have also pressured Biden, a booster of organized labor, and the White House not to lift the tariffs, arguing that the policies protect U.S. manufacturing jobs.

The Labor Advisory Committee for Trade Negotiations and Trade Policy filed a complaint with the USTR office in June seeking to prevent Biden from dropping the protections.

“Our government must act in the national interest to strengthen our economy for the future,” United Steel Workers President Thomas Conway wrote at the time.

Furthermore, Biden has faced calls from human rights groups and elected Republicans to actually step up punitive economic policies regarding China as a means of pressuring Beijing to stop its genocide of Uyghur Muslims.

White House press secretary Karine Jean-Pierre faced a number of questions about the review, and the opposition campaign to keep the tariffs in place, during Tuesday’s press briefing but did not indicate which way the president was leaning.

“I don’t have anything to preview or … announce at this time. Look, there are a lot of different elements to this, especially since the previous administration imposed these tariffs in such a haphazard way, in a nonstrategic way,” she stated. “So we want to make sure that we have the right approach, and again, his team is talking — is figuring it out, and they’re talking through this, and once we figure out the right approach — this is about what is right for the American public for the American people — we will have an announcement and we will let you all know.”

You can watch Jean-Pierre’s entire Tuesday briefing below.