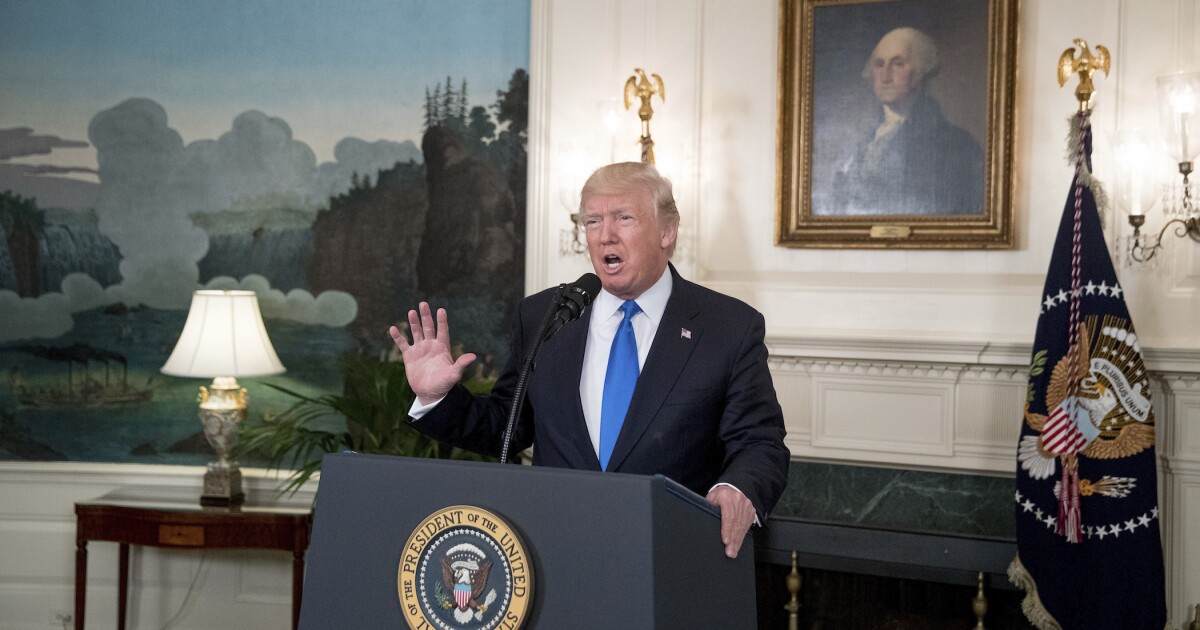 Democrats are urging political groups not to create a third-party bipartisan presidential ticket for the 2024 ballot, warning outside competition could inadvertently hand Donald Trump the presidency.

A group of centrist Democrats from the public policy think tank Third Way is warning against the unintended consequences of elevating an outsider candidate in the 2024 presidential race, according to a new report released Friday. The report details previous failures from groups pushing third-party tickets that siphoned votes away from major-party candidates, resulting in what is known as “spoiling” the election.

“Data showing this discontent and interest in alternatives have led some to consider running a third-party candidate for president in 2024,” the group wrote. “Their reasons might sound high-minded, ripe for the moment, and a needed shakeup for a stale two-party system, but the reality is that a well-financed third-party candidacy will most likely benefit the presumptive Republican nominee Donald Trump or a Trump acolyte in 2024.”

The report particularly warns against forming a popular third-party ticket that could siphon off a large number of votes, which in turn could keep all candidates from garnering the 270 electoral votes needed to win the election. If no candidate reaches 270, the race is then decided by the House — which will be controlled by the Republicans in 2024, giving Trump a chance to prevail.

The Third Way report points to outsider candidates who appeared on the ballot in 2016, such as Jill Stein and Gary Johnson, who ended up taking a combined 4% of the popular vote. Although they clinched only a small percentage of the electorate, their presence in the race took enough votes away from the Democrats that it helped Trump pull off an unlikely victory.

A third-party ticket would also pose a larger disadvantage to Democrats than Republicans, the report found, especially if Trump is the 2024 nominee. That’s because Trump enjoys higher favorability ratings than President Joe Biden, showing a gap in enthusiasm that could benefit the former president.

The stark warning comes as a number of outside political groups are grappling with growing voter frustration with both Republicans and Democrats, inspiring efforts to recruit candidates who are unaffiliated with either major party.

However, the report from Third Way warns that the answer does not lie in creating a third-party option.

“It is common in politics to believe that the current moment is entirely unprecedented and an aberration from any previous time in our history. This attitude feeds into the belief that even though third-party candidates have never won in the past, now is the time that one might prevail,” the group wrote. “This belief is false and misguided. … Anyone backing a third-party candidate should be clear eyed: they are not establishing a new political faction, because their candidate is not going to win. Rather, they are creating a spoiler who will help elect Donald Trump.”