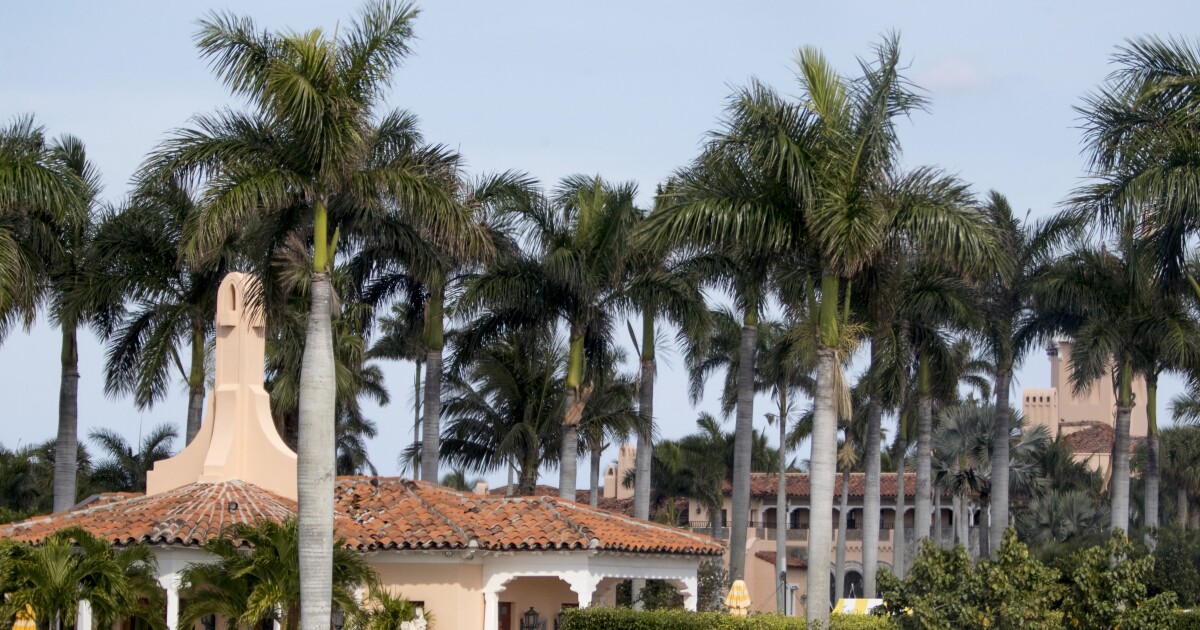 Speculation about the impact of the FBI raid on former President Donald Trump’s private club and residence in Palm Beach, Florida, is rampant.

The dictionary defines “speculation” as “the forming of a theory or conjecture without firm evidence” and “rampant” as “flourishing or spreading unchecked.” Both apply here — because we don’t really know anything yet about why federal authorities showed up at Mar-a-Lago Monday with a search warrant and, after several hours, carted away boxes of documents. At the very least, we don’t know enough to make firm political judgments about how these events might, or might not, affect the outcome of the midterm elections — never mind the next race for the White House.

The first order of business is to learn a full accounting of why the FBI sought, and a federal judge greenlighted, what appear to be unprecedented search-and-seizure operations at the property of a former (and possibly future) president of the United States. From there, we could at least engage in informed speculation rather than just throwing spaghetti at the wall on Twitter, as cathartic as that is for some. With that caveat, may I submit some rampant speculation for your consideration?

No matter what we learn from Attorney General Merrick Garland, FBI Director Christopher Wray, and the Justice Department, partisans on both sides are likely to dismiss information that challenges preconceptions.

For instance: If, objectively, it turns out the Mar-a-Lago raid was justified, don’t expect an about-face by apoplectic Republicans, let alone the Trump acolytes among them. Aug. 8, 2022, will still go down in infamy as the day the Republic died, or something. And if, objectively, the whole affair makes the authorities look like the Keystone Cops, rest assured most Democrats will not suddenly conclude the 45th president was the subject of an undeserved police action that requires a thorough investigation, although they might lament the political blunder of it all.

BIDEN IS STARTING TO GET THINGS DONE. WHAT DOES THAT MEAN FOR NOVEMBER?

This leaves voters, politically, exactly where they were in the before times. And where was that, exactly? Republicans were more enthusiastic to vote than Democrats, and the GOP had the wind at its back heading into the post-Labor Day homestretch of the fall campaign. Republicans were not plagued by an apathetic base. Nor did they lack for a message: It’s skyrocketing, historically high inflation, stupid. Yes, we’re currently in that inevitable stage of the 2022 election cycle where the Democratic Party’s dismal prospects are being reassessed. But no, Republicans were hardly languishing, in need of some fire to be lit under their candidates or their voters.

So, how does Trump’s martyrdom, even if it’s legitimate, really change the political atmosphere? It doesn’t. Unless …

Unless, by making Trump the main attraction of the midterm elections, Democratic voters awake from their slumber and decide to show up in droves on Nov. 8, putting aside disappointment with Biden and their party’s thin congressional majorities because “orange man bad.” Having Trump essentially on the ballot is the only scenario that has worried Republican strategists since Jan. 20, 2021, when they began gaming out their 2022 strategy. There’s also the problem of midterm messaging.

Until now, Republicans have been blessed with campaign gold.

Inflation is up, up, up, despite fresh news the trend might be dissipating. And Democrats, in full control of Washington as this economic catastrophe unfolds, are being held responsible. It sells with Republican voters, it might sell with some soft Democrats, and it definitely sells with all-important independent voters, who could decide perhaps dozens and dozens of House and Senate races that will determine the battle for Congress. But if Republicans veer right and abandon inflation for Trump the persecuted, their critical advantage with independents could shrink, in some cases enough to cost them dearly, turning a building Republican wave into a navigable red tide. Maybe the GOP still wins majorities, but not governing majorities.

Finally, on Trump and 2024. A favorite, and recurring, opinion that predictably surfaced after the Mar-a-Lago raid was that the former president was on the verge of fading or being kicked to the curb by grassroots Republicans. But, so this argument goes, “Now, you’ve gone and done it, you’ve turned Republicans who were ready to wash their hands of Trump into born-again MAGA maniacs.” Yeah, OK. Maybe. But this is part of the tired genre of hot takes I’ve heard since June 16, 2015, the day after Trump announced his first presidential bid. And I’m not buying it.

Trump will disappear if Trump chooses to, and GOP voters will tire of him on their own time, or when some Republican challenger shows up and takes the crown from him by force. Now, to the field …

One Nation, the political nonprofit group affiliated with the Senate Leadership Fund, the super PAC aligned with McConnell, is kicking in $3.8 million in advertising to boost Vance, who has struggled to raise money since winning the Republican nomination in May on the strength of an endorsement from Trump and a more than $10 million investment from GOP megadonor Peter Thiel. One Nation’s nearly $4 million is funding television advertising critical of Ryan. For the next several weeks, Ohio voters will see ads that tie the Democratic nominee to Biden and blame him for historically high inflation.

It is possible McConnell’s allies are unhappy about having to spend money in Ohio. But as McConnell looks ahead to what he hopes will be another stint as majority leader, he might be quite happy with the fact that Vance is going to have reason to thank him for something.

But GOP anxiety about Dr. Mehmet Oz is reaching peak levels, as poll after poll shows Fetterman with the lead in this race, despite a political environment that favors Republicans (perhaps Oz being a New Jersey resident until five minutes ago has something to do with this.) Enter the Senate Leadership Fund. On Wednesday, the McConnell-aligned super PAC announced it was upping its $24.6 million investment in Pennsylvania by $9.5 million.

That means Oz, who, like Vance, has had fundraising troubles, can count on $34 million from McConnell’s allies in his race against Fetterman, who continues to recover from a stroke suffered in May. The Republican nominee is going to need it. However, as Washington Examiner columnist Salena Zito has reported, Oz has been traveling Pennsylvania extensively, pressing the flesh in dozens of face-to-face meetings and grassroots events.

That could pay dividends this fall that are not yet apparent.

2024 watch. To emphasize my doubts about Trump fading from view if not for the dastardly (maybe it was dastardly) FBI search of Mar-a-Lago, the former president’s residence and private social club: He easily won another closely watched straw poll gauging whom grassroots Republicans favor in the next GOP presidential primary.

As my colleague Kate Scanlon reported from Dallas, where, this past weekend, the Conservative Political Action Conference hosted a summer offshoot of its annual winter gathering, Trump garnered 69% of the vote from grassroots conservatives in attendance. I suppose you could say that failing to hit 70% shows vulnerability, given that CPAC is known to be so pro-Trump it has become known in recent years as “TPAC” — the “T” standing for Trump. I suppose.